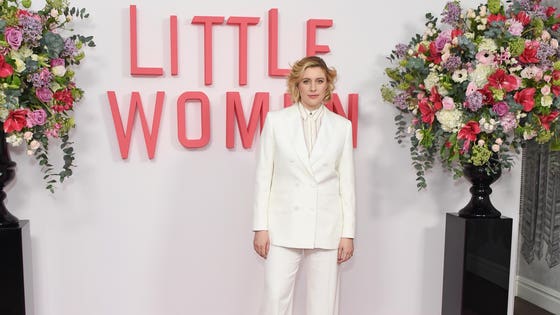 Most people are in agreement that the biggest Oscar snub of 2020 belongs to Greta Gerwig, who the Academy passed over for a Best Director nomination despite the box office success and near-universal critical acclaim of her film Little Women. While the adaptation of Louisa May Alcott’s beloved novel tallied big six Academy Award nominations, it joins the strange group of movies nominated for Best Picture but not for Best Director, as if, as Dana Stevens wrote for Slate today, it was “magically fashioned by woodland fairies” instead of, “written and directed by a living female human.”

So, why did this happen? If you said, “sexism,” you are correct. But if you take a closer look at the history and process of Oscar nominations, we can see what kind of sexism is at work, and how hard it will be to fix unless the Academy makes some deeply-needed changes.

First, we have to look into how the Best Director nominations are chosen. Like many of the big awards, a group of directors nominate its peers: each judge receives a long list of potential nominees, and each judge votes for five off of that list. Cinematographers vote for cinematographers, actors vote for actors—only the Best Picture nominees are voted on by a range of industry people.

So. If the vast, vast majority of directors are men, and because the list of possible nominees is very long, the votes get skewed by sexism in two different ways.

First, women directors are overlooked because male directors identify with other male directors more—just like how men in the office are more likely to mentor people who are the same race and gender that they are.

But also male directors are generally going to be more attracted to and identify more with male-centered stories. In fact, these extremely busy people probably don’t even watch all the movies on the list, and the movies they skip might be the ones that don’t interest them. Like say, movies called stuff like Little Women. A movie called Big Men? Now we’re talking! That sounds like it could be about war!

You can see both of these types of sexism emerge by looking at past Oscar nominations and winners. Specifically, two patterns emerge: women directors are almost always only nominated when they tell masculine stories from the perspective of men, and often the only times that the Best Picture winner doesn’t match with the Best Director winner is when a more female-centered story, voted on by the masses, overpowers a super-male tale voted on by a the male directors.

For starters, the only female director to ever win a Best Directing Oscar was  Kathryn Bigelow for The Hurt Locker, a war movie that enthusiastically flops when it comes to the Bechdel Test. The first woman nominated, Lina Wertmüller for Seven Beauties, also directed a war movie (unfortunately, she was up against Rocky, a boxing movie). There’s also Sofia Coppola, who, in addition to having a famous director father who was likely much respected among the judges, was nominated for Lost in Translation, a movie about a 54-year-old guy befriending a 20-year-old Scarlett Johansson.

This isn’t to take away from the work of any of the above female-identifying directors at all—their movies are stellar—but instead for us to think about the other female-directed films that didn’t make the cut because they weren’t telling stories that interested the overwhelmingly male directors who get to vote.

Having almost only men vote on director nominations is how we got our 2020 lineup: Bong Joon Ho (Parasite), Sam Mendes (1917), Todd Phillips (Joker), Martin Scorsese (The Irishman) and Quentin Tarantino (Once Upon a Time … in Hollywood). Yes, these are standout movies with standout directing, but were they the five best?

It’s also why, throughout Oscar history, many times the only instances where Best Picture didn’t align with Best Director is when the directors who are voting can’t overpower a female narrative. Some examples: Best Director Roman Polanski’s The Pianist lost to Chicago in 2002, Steven Spielberg’s Saving Private Ryan lost to Shakespeare in Love in 1998, and Oliver Stone’s Born on the Fourth of July lost to Driving Miss Daisy in 1989.

And here’s a problem that’s specific to Little Women getting snubbed: it’s a story that most women are intimately familiar with. Many of us have read the book, seen multiple movies, and even read extensively about Louisa May Alcott. We enter Gerwig’s adaptation with cultural knowledge and primary source knowledge that many men don’t have—information that makes the film incredibly more enjoyable and brilliant (although I’ve read it also stands alone wonderfully). Without this base of knowledge, it would be hard to even recognize that Gerwig just wrote and directed the freaking pants off of everyone else this year. How many people unfamiliar with the story’s history could recognize how Gerwig gave the Amy March an entirely new dimension of understanding and personality than she had even in the book? Or that the last minutes of the movie slipped astoundingly into speculative fiction? Or that she wove the two timelines of the story together in a way that somehow recalled Inception?

Until the Best Director nominations are not chosen overwhelmingly by men, this problem is going to continue for a long, long, long time. It creates a cycle: when men decide who the best directors are, women cannot rise to the top. When women can’t rise to the top, they can’t join and create a industry that recognizes the outstanding work of women.

Because it’s not just non-male directors that are hurt by the system: with this setup, all women’s stories will continue to be given the Male Glance (this article by Lili Loofbourow is required reading), to be seen as less important, less interesting, and less remarkable. Even when the box office, audiences, and critics are shouting otherwise as loud as we can, it’s to an indifferent, blank-faced Oscar.

Don Larsen, Yankees Pitcher Who Threw The Only...

Exclusive: The Wing Launches The Guild, A New...

A New Year’s Resolution For The US Department...

How To Manage Risk With Business Intelligence