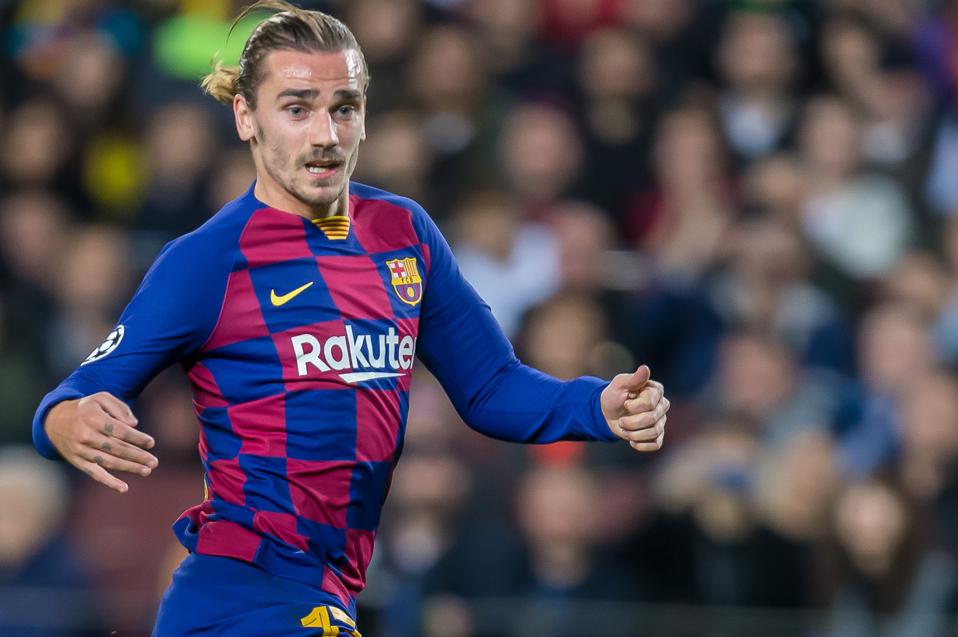 They have already besmirched his honorary plaque outside the Wanda, but this evening in Spain, Atletico Madrid fans will get to show former player Antoine Griezmann what they really think of his summer switch of allegiances to FC Barcelona.

Announcing in 2018 that he would stay with Diego Simeone’s squad through a controversial and often mocked mini-documentary entitled ‘The Decision’, it was one that the Frenchman reversed a year later when forcing a move out of the club and prompting the LaLiga champions to activate his $132mn release clause.

There were accusations of tapping the player up when the fee was a much higher $220mn, something that once the deal was already done and dusted Barça received a laughable $330 fine for, and in an attempt to ‘make peace’, an extra $16.5mn was handed over in October in exchange for first refusal on academy stars and others such as Jose Gimenez and Saul.

Whether there is peace between the Rojiblanco faithful and the World Cup winner remains to be seen. It will be learned of the moment he gets his first touch of the ball, in the second-versus-fifth domestic clash that is his new employer’s biggest match of the season thus far.

Probed on the kind of reception he believe Grizi will receive in a pre-match press conference, Koke, a former teammate of his for half a decade attempted to divert attention away from the subject and said: “Antoine gave everything for us for five years and we are very grateful. Now he’s a rival, we’re playing against Barcelona, not against Griezmann and we are going to do everything we can to make sure our people go home happy.”

Diego Simeone, who brought Griezmann to the Spanish capital after an impressive breakout stint at Real Sociedad, simiarly doesn’t want his support and players to become obsessive regarding the number 17.

“Talking about Griezmann, I’m not going to do it because he plays on another team. I was always clear about what I think of him when we shared a team,” said the Argentine tactician. “What people do is their decision, I can’t get into his head.”

“The history and numbers (Griezmann formed at the club) speak for themselves and I have nothing more to add. Now, we seek to improve and have more chances to be more concrete and be more aggressive in both areas,” it was concluded.

Meanwhile, Griezmann, who put in his best performance of the season on Wednesday in a 3-1 win over Borussia Dortmund that saw all three components of the ‘MSG’ trident hit the back of the net, is with each passing week more appreciated in Catalonia.

‘Griezmann, more than goals’ ran the title of a thinkpiece by Marçal Lorente in Mundo Deportivo this morning where the scribe noted that “his adaptation at Barça is going well good considering that he has changed his style of play, teammates and marking”.

“Now he has five goals and three assists,” Lorente went on. “But he was signed to contribute many more things, such as defensive sacrifices…Additionally, his versatility facilitates [the fact] that, at any given time, he can replace Messi, Suárez , or the now injured Dembélé. Against Dortmund, he marked [the era of] a new and more integrated trident, recalling the one that with Neymar took Luis Enrique’s Barça to the treble [in 2015],” finished Lorente.

To be predictably jeered and whistled by the home crowd tonight, it is with another solid showing and perhaps even the winner that Griezmann can endear himself further not just to pundits, but also Culés by firing Barça back to the summit of La Liga.

Is The Next El Clasico The Most Important For Years?

Artificial Stupidity Could Be The Crux To AI...

Which Of The Top AI Events Is Best...