Make money and be ethical. Lots of investors like that idea. Maybe too many. 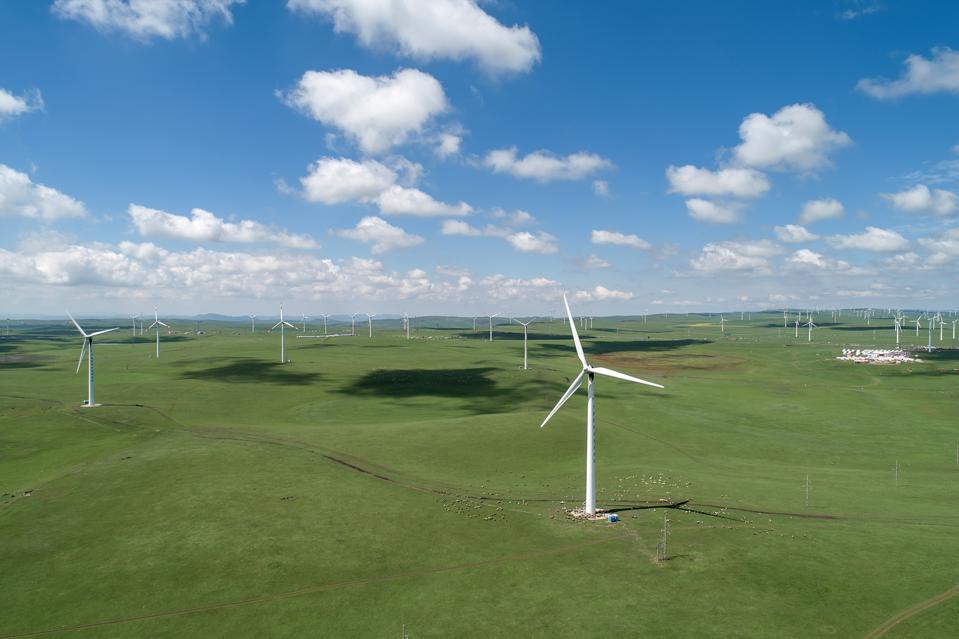 It’s boomtime for socially conscious investing. Money is pouring in. Good-guy stocks are hot. For now, you can invest with a conscience and beat the market, too. 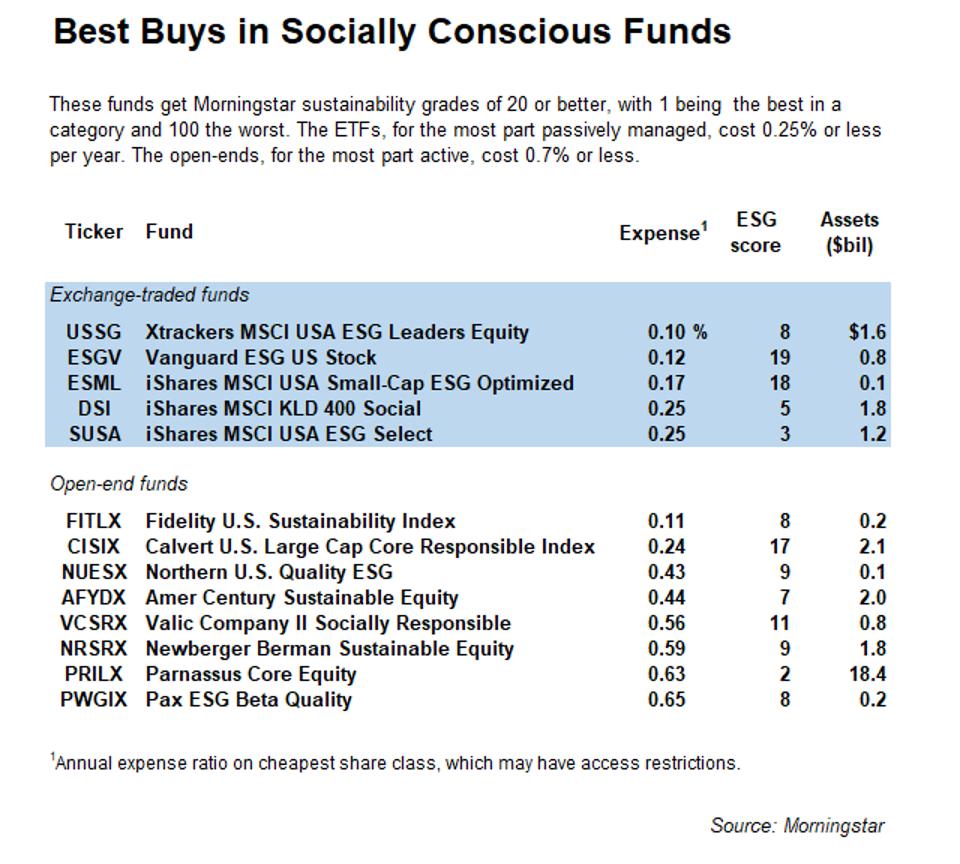 This list comes with a caution, however. Socially reponsible portfolios tend to be very heavy on growth stocks like Nvidia and Mastercard that have had a big run in the past decade. When you buy a stock with a golden glow you risk paying too much. I’ll raise the possibility while reflecting on an earlier era of stocks that seemingly couldn’t go wrong.

Morningstar reports that inflows to ESG funds—so called because of their attention to environmental, social and governance matters—were $17.7 billion from January through November, triple last year’s total for 12 months. ESG stocks are winners. Vanguard’s exchange-traded fund devoted to them has beaten its broad stock-market index fund by three percentage points over the past year.

Parnassus Core Equity, an open-end ESG fund featured in a Forbes magazine article in February, is coining money for the people who run it. The fund is hauling in $11 million a month of fee revenue. It’s treating its investors well, too. Over the past year it, too, has beaten that broad-market fund by owning the sought-after shares of Mastercard, Microsoft, Nvidia and other clean-living corporations.

The bull market has not been kind to grittier outfits. Oil and gas stocks, which are scarce in the Vanguard ESG fund and absent at Parnassus, have lagged badly over the past decade. The winners have been silicon and software companies with fat profit margins. These wind up in ESG portfolios because they treat their employees well—that’s easy to do if you are in an immensely profitable line of work—and they don’t have smokestacks.

It’s hard to argue against stocks that answer to investors’ yearning for high ethical standards, and also to their greed. But there comes a point at which a fabulous company is not a fabulous investment. It’s overbought.

Let’s now turn the clock back 48 years to an earlier era of beloved stocks. These were the Nifty Fifty, companies with great business models, market dominance and seemingly endless growth. They were called “one decision” stocks because you could add them to a portfolio and never have to reconsider. They traded at steep multiples of their earnings.

Some of those companies did well for investors (Wal-Mart Stores was on the list). Some, like Avon Products, saw nice earnings growth for a while but left investors poorer because their P/Es came back to earth. Competitors and marketplace changes did surprising damage to other Nifty Fifty companies: Burroughs, Eastman Kodak, Emery Air Freight, K mart, Polaroid, Simplicity Pattern. 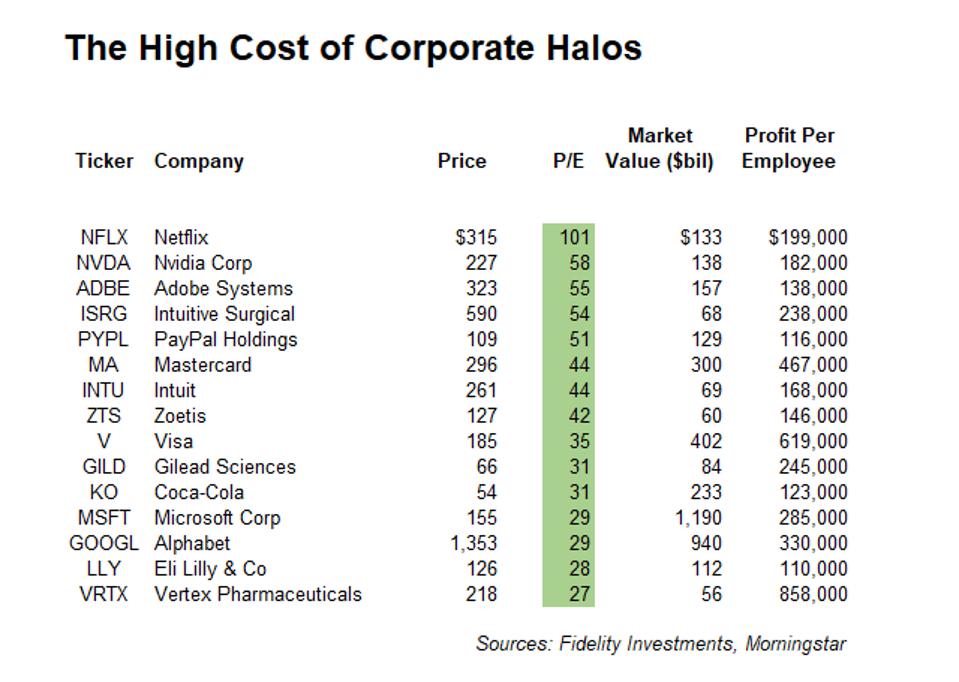 The table above assembles what we can call the Fabulous Fifteen. They all can be found in ESG portfolios, trade at 25 or more times trailing earnings and enjoy net income above $100,000 per employee.

Rich employers like these wind up on lists of “admired” companies and “best places to work.” Their saintly behavior lands them in ESG funds. They’re a great way to invest with a conscience, unless competitors show up.

For Some Strange Reason, The Three Biggest Coronavirus...