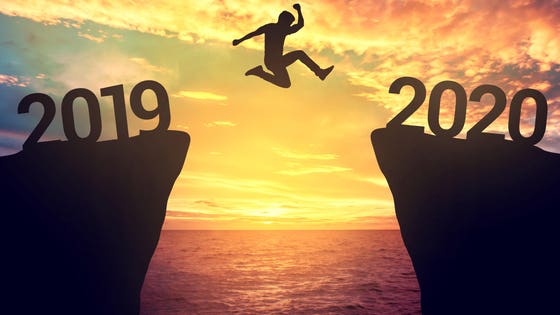 At 11:59 p.m. on New Year’s Eve 2009, the world held its collective breath. The anticipation and excitement of a new year and new decade were tempered by the fears of the bottom falling out on the financial markets again. The U.S. economy was on the brink of disaster.  The financial markets were unstable, and unemployment was over 9%. I remember sitting in my office in Boston at the height of the crisis when one of the executives from Silicon Valley Bank (SVB) called to say, “we need to meet urgently.” We had just closed our A round of funding and the money was sitting in an SVB account. The bank executives were concerned that the entire financial market could collapse. It was a sober moment. I never imagined we would be in that position, but the hard truth was that the entire economy was in jeopardy.

Fortunately, by September of 2010, the recession was officially declared “over.” Though the early part of the 2010’s was spent rebuilding, the economy recovered. We are now at the brink of the next decade with a booming economy and ten years’ worth of incredible technology innovation. Here’s a brief look at what we’ve achieved:

1.   The Sharing Economy became a real business. Companies, including Uber, Lyft, and Airbnb, developed services that hundreds of millions of people around the globe now use daily. The next round of Sharing Economy businesses, such as dog walking, food delivery and on-demand doctors, are being tested in the market.

2.   AI, machine learning, drones, and robotics are no longer science projects. They are very real and are applied in one form or another in most products and services that people use every day.

4. Silicon Valley is no longer the only place to launch a startup.   Silicon Valley continues to be as vibrant as it’s ever been, but other major technology centers, including Atlanta, Toronto, Austin, and, of course, New York and Boston are becoming more relevant. Exciting new companies emerge from these cities every day. Similarly, startup hubs are emerging around the globe, especially in Europe, China, and India.

5. Funding is at an all-time, global high.  Global VC funding grew 6X during the last decade, according to a Pitchbook report. In 2010, total global VC funding was $47B. In 2018, it climbed to nearly $300B—a number that will likely be exceeded by the end of this year. In 2018, for the first time ever, total investments in startups outside the U.S. exceeded the total VC capital invested in the U.S. From 2010 to 2018, it rose from $15B to $150B, presenting a 10X raise of capital to fund new ideas and startups. This is significant because VC investment and the location of such financing will have a direct impact on how technology and startups will shape the global economy over the next decade.

7. Progress was made to increase diversity and the number of women in STEM (science, technology, engineering and math). There’s still a lot more to be done, though. I’ve written about this topic several times and it often feels we take one step forward and three steps back. The important thing is that we keep pushing for inclusion and encouraging more minority and female students to pursue STEM.

These were all incredible advancements, but I believe there’s even more to look forward to in 2020—particularly in these four areas:

1) Deep technology innovations – One of the key technology drivers of the new decade is hard science and fundamental research. This research will mostly be conducted in universities and at major technology companies. Google, for example, is already researching quantum computing. Most technology developments in the 2020s will be in microprocessing and ASIC development, 5G communications systems, robotics and AI, agriculture, digital manufacturing, building and infrastructure technologies, transportation and space exploration. From these, there will be some significant technological innovations that will change the course of history for years to come. Big ideas of the next decade will be much more complicated than basic apps and services. Instead, the STEM will lead the path to a successful outcome.

2) MRG – Mixed Reality Glass. Long-imagined, augmented reality and virtual reality, known collectively as Mixed Reality, have become actual reality. Major tech companies, including Facebook, Microsoft, Google, and Apple, are staking out their territory in the rapidly expanding space of MRG. MRG is expanding into two areas – consumer and enterprise markets and has the potential to become the “smartphone” of the 2020’s. MRG extends into next-generation design and manufacturing, into gaming, military applications, and healthcare.

3) Healthcare – I think the most significant change in the 2020’s will occur in what we now know as the healthcare system. The current system will become obsolete and will be replaced with an intelligent platform using the most advanced technologies in AI, robotics, machine learning and the 5G network. Telemedicine will bring a doctor to you virtually, eliminating the time spent making an appointment, driving to the doctor’s office and waiting there for that appointment. In addition, when it comes to major treatment, you won’t have to rely only on the doctors in your area—you will be able to access specialists globally and get the best services at a much lower cost.

4) Globalization – Innovation and new technology development will happen globally. China will continue to become a competitive force in innovation, leading to an even more competitive global market. This may cause greater tension and rivalry between the East and West which will impact the global winners and losers.

The 2010’s were an incredible decade that showed the resiliency of companies large and small to weather and rise above a major economic crisis. The technology that was developed during this time helped set the stage for the next decade—a decade that will rival the industrial revolution in terms of how technology will change our lives. So, enjoy the last few days of this decade and get ready for what is yet to come.

Customer Service And CX Predictions For 2020

12 Holiday Gifts That Will Help Your Workers Be More Productive