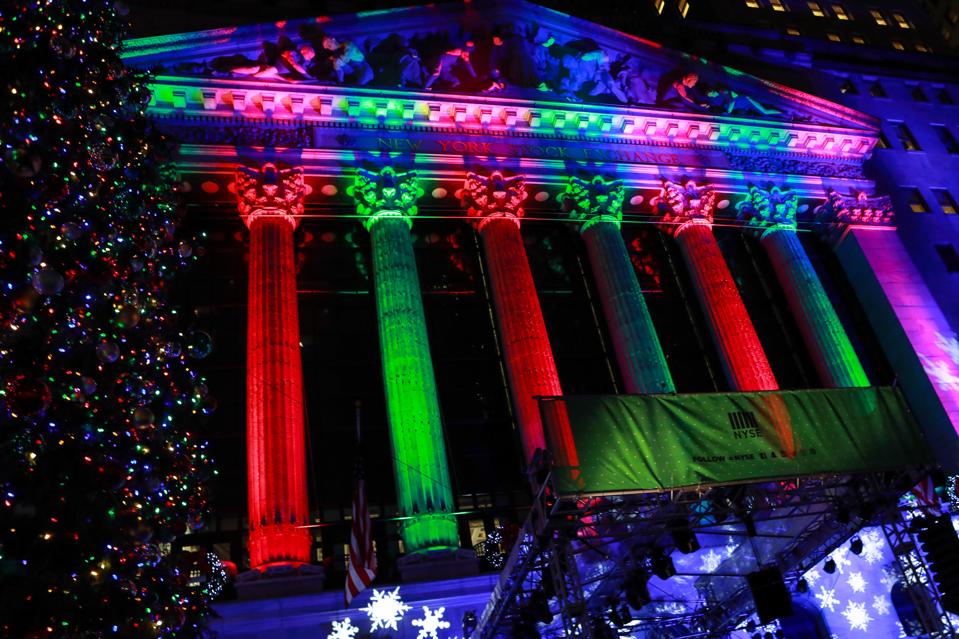 It’s been a little over a month since I published “3 Ways To Invest $2000 In Healthcare”, a quick analysis of how to establish a few positions in the healthcare sector. I discussed three ETF’s, including the diversified Vanguard Health Care (VHT), which has been outperforming the S&P 500 since the October lows. The other two were the iShares U.S. Medical Devices (IHI) and the iShares NASDAQ Biotechnology (IBB).

In this article, we’ll take a quick look at where these funds are at now. 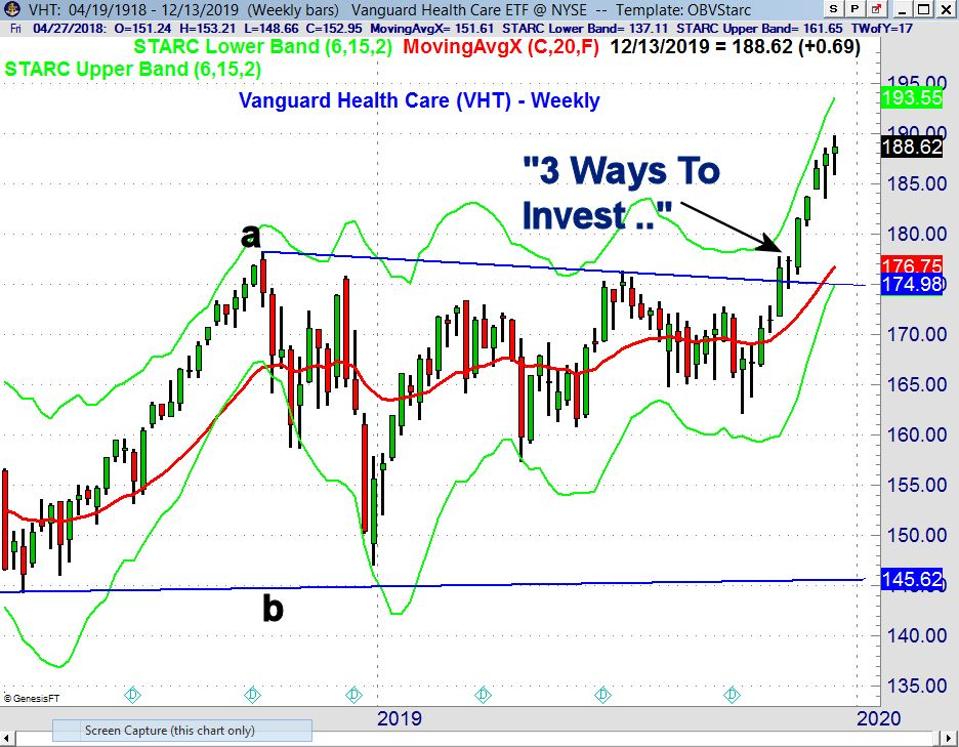 The weekly chart of VHT shows that it closed on November 1 above major resistance (line a), which was a significant upside breakout. The width of the trading range (lines a and b) has projected upside targets in the $204-$206 area. With last Friday’s close at $188.53, VHT was 2.6% below the weekly starc+ band at $193.48. After closing higher for nine straight weeks, a pullback or other consolidation would not be surprising. 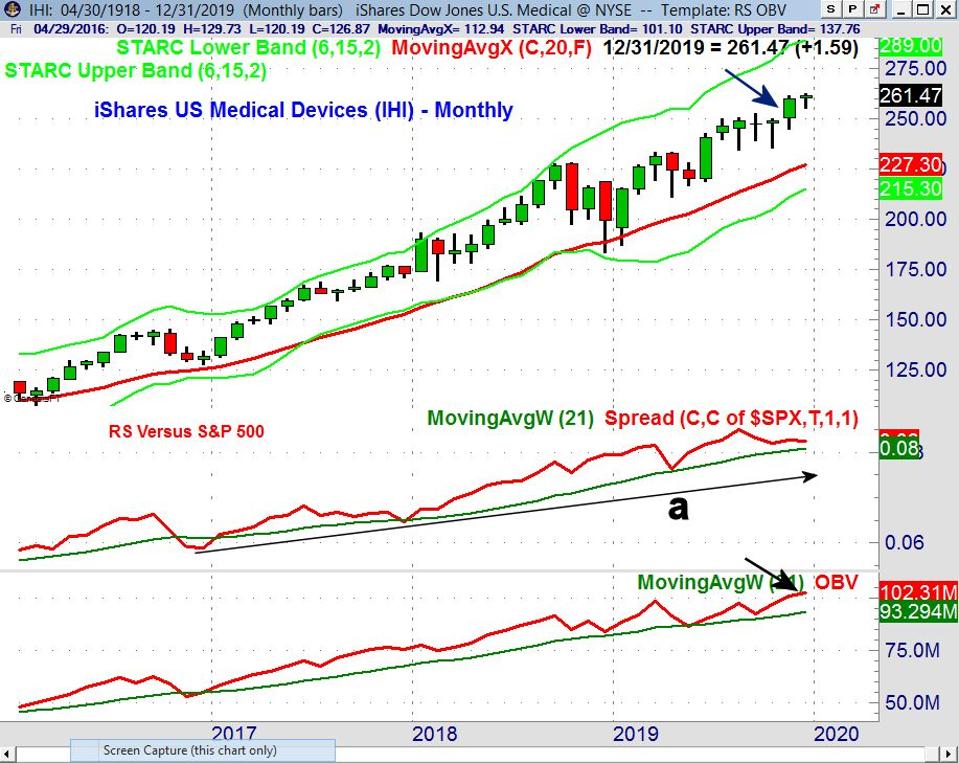 iShares U.S. Medical Devices (IHI) was down slightly last week, but so far is still up 0.60% for the month. The monthly chart shows the upside breakout in November (see arrow). Currently, IHI is still 10% below its monthly starc+ band at $289.00. There is good support from the breakout level in the $252-$255 area. The monthly relative performance (RS) has been above its Weighted Moving Average (WMA) for all of 2019 and shows a strong trend (line a). The On Balance Volume (OBV) made a significant new high in November and looks ready to make another new high in December. 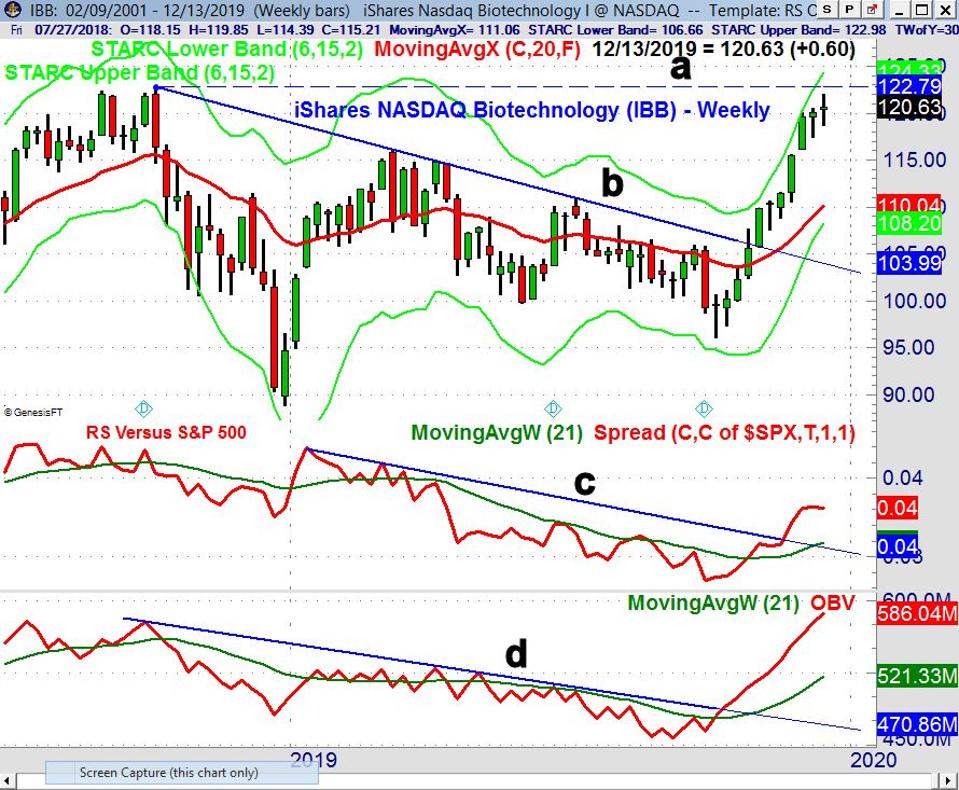 iShares NASDAQ Biotechnology (IBB) closed strongly above its weekly downtrend (line b) at the start of November, and has moved sharply higher ever since. IBB is now getting close to the 2018 high at $122.79 (line a), with the weekly starc+ band at $124.33. The first good support is now in the $115-$116 area, which corresponds to the March-April highs.

In the suggested two-phase buying program, the first purchase was suggested for Friday, November 15, and the second on Friday, November 29th. The table reflects the two entry prices and shows that quite a bit of upward price movement took place between the two dates.

The easiest way to evaluate performance on a multi-phase buying program is to take the average between all positions and evaluate that against the market’s current performance. For VHT, this hypothetical position is up 3.3%, IHI up 1.8% and IBB up 5.2%. In hindsight, the strong close on November 8 convinced me to wait for a week before taking these positions, as I thought the odds of a pullback were high. As it turns out, that made the initial entry price less favorable, as all three ETF’s had already moved sharply higher by November 15.

I think all of these ETFs should move higher in 2020, and they currently have little trade exposure. Given the extent of their recent rally, a 1-2 week pullback is likely in early 2020 and I would monitor the 20 week EMAs as a good level of support and a potential buy point.

Why Intention, Self-Care and Facing Your F.E.A.R. Creates Stronger Leaders