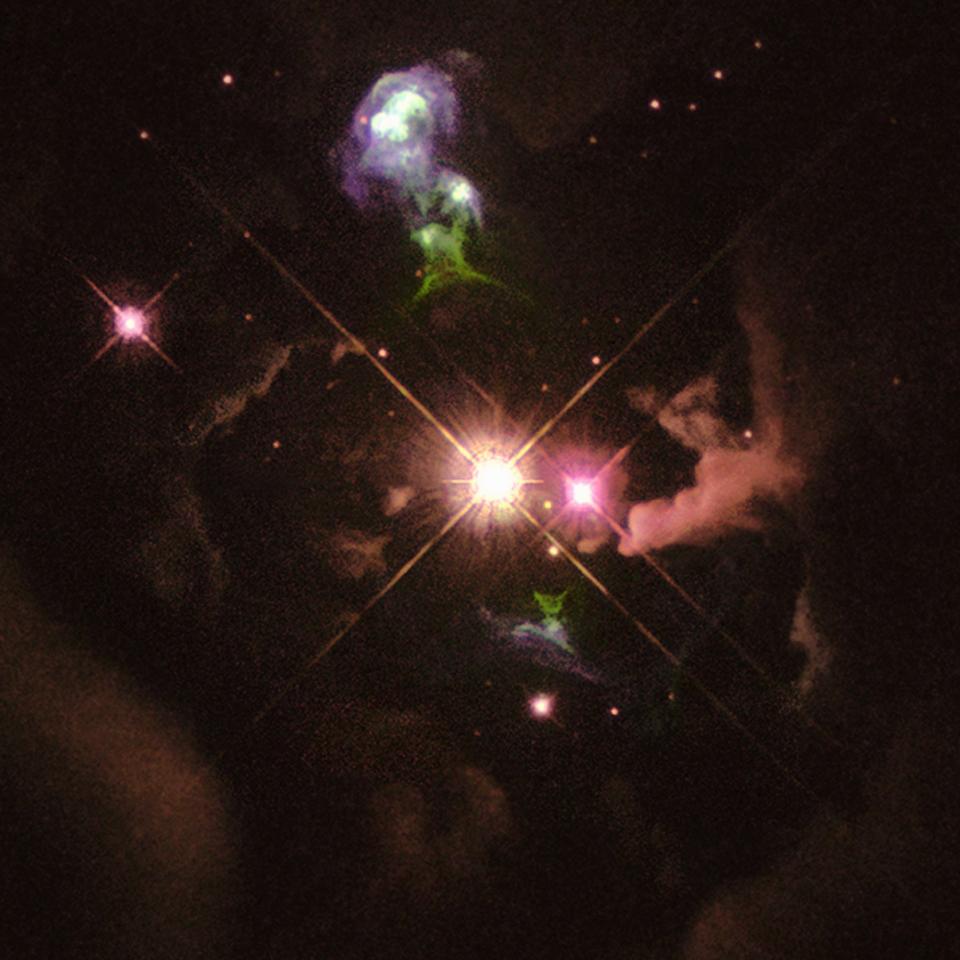 Wah wah wah: the colorful outbursts of a newly-formed star.

Every parent knows the nightmare that is the first few months (years?) of bringing a baby home. Until the little one’s sleep schedule regularizes, the days blend with the nights into a sort of grey, tired twilight, full of crying, bottles, diapers, and exhaustion.

It’s been this way for the millennia of human existence, but we aren’t the first to have to experience it. Newborn stars have, for billions of years, kept their parents up at night.

Stars form from the collapse of gas and dust into a tight little ball. As more material accumulates and compresses, the ball heats up. That heating up will tend to make the ball want to be bigger, because that’s what heat does, but as long as the dust can emit radiation (and dump the heat into space) it will continue to contract.

But eventually there will be too many enveloping layers of gas to let the heat out. The central ball will stop contracting, reaching a period of equilibrium known as a protostar. The protostar isn’t hot or dense enough to ignite nuclear fusion yet, but it is relatively stable.

And yet, there’s still more gas and dust that wants to join the party, flowing inwards to the dense core. As it does, it forms an accretion disk, a razor-thin spinning nightmare of incredible densities and energies. These disks carry with them extreme electric and magnetic field, which are capable of whipping up the gas into a frenzy, so much so that it can eject some of the gas away from the protostar altogether in the form of incredibly thin, incredibly long jets.

The jets race away for lightyears until they slam into something, usually another chunk of nebula. There they dump all their energies into a single spot, lighting it up in a tremendous fireworks display, known as a Herbig-Haro Object, in honor of the two astronomers in the 20th century who studied them in great detail.

But you can think of them as crying fits.