Home Finance Here’s How Big A Deal The Coronavirus Is To China Retail, Including Apple Sales
Finance

Here’s How Big A Deal The Coronavirus Is To China Retail, Including Apple Sales

Where is everybody? A Chinese man wears a protective mask as he walks in a nearly empty and … [+] shuttered commercial street on February 12, 2020 in Beijing, China. (Photo by Kevin Frayer/Getty Images)

China’s stock market might be up today thanks to life insurance companies buying equities, but that’s about all who’s buying these days. Even though homebound Chinese are ordering more food on line, and getting their groceries delivered that way, too. Over retail sales are being stripped of $144 billion… a week, according to China’s Evergrande Think Tank.

The coronavirus is not going away anytime soon. Death tolls are now over 1,100, with some 65,000 people infected as of Friday morning.

Even though the bulk of the crisis is still very much centralized in the Hubei province of center-eastern China, the barrage of headlines and unknowns about the disease has people worried that things could get worse at a moments notice.

So far, there is nothing to suggest that that is not the case.

Everything from foreign fashion luxury to smartphones, increasingly dependent on the Chinese consumer, are looking at a cascade of falling sales numbers.

Apple Will Sell Much Less 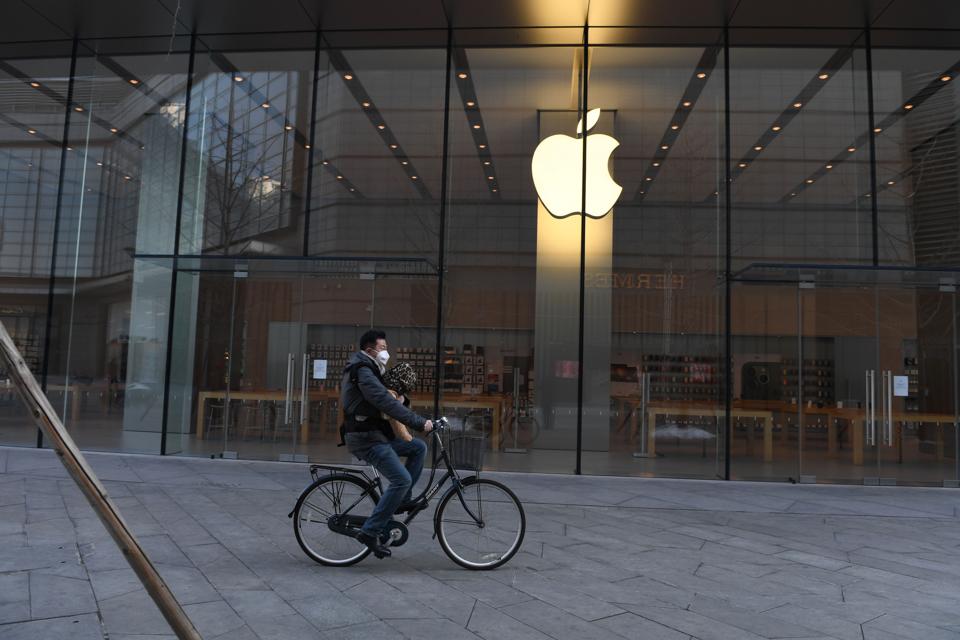 Apple, Samsung and local China phone makers like Huawei will see sales fall by at least 20% in the first quarter, possibly even further if the outbreak does not seem to be slowing down by next month.

“Demand-wise, we see the market impacted severely,” says Brady Wang, associate director at Counterpoint Research. He estimates more than a 50% year-over-year decline in smartphone sales during the lock-down period that has been in effect for the past four weeks.

Overall, Counterpoint, a tech business intelligence firm, is forecasting a 20% drop in sales in the first quarter compared to the previous quarter.

“The situation may worsen and we may lower our forecast even more depending on the February sales,” he says.

Apple has closed all of its stores in China due to the coronavirus, now called Covid-19 by the World Health Organization. The unknown pathogen is believed to have derived from a species of bats. Other theories suggest it escaped a virology research lab in Wuhan, where over 51,000 people are being treated for respiratory problems associated with the viral lung infection.

“We think the virus will be contained in March. It may take two more months for commerce activities in China to go back to normal. We expect negative growth in the first and second quarter, in both China and global smartphone markets. Some smartphone brands have factories in Wuhan, and Hubei province.”

The plummet in first quarter smartphone sales, a beloved market for Samsung and Apple investors, is likely to generate a surge in inventories and further influence shipments and new products launches through the rest of the first half, Counterpoint Research analysts believe.

For Apple, the coronavirus is likely to lead to a sales loss of about one million units of iPhones. Apple’s new product development plans will also be affected as engineers from the U.S. and Taiwan cannot travel to China. The iPhone SE2, set for a late March launch, is likely to have troubles in ramping up volume due to the insufficient labor force in Foxconn’s Zhengzhou factory in the Henan province. At least 11 people have died from the virus, based on data compiled by Johns Hopkins University.

Investors have been selling Apple, but the stock has held up over the last month. It’s underperforming the Nasdaq and all other FANG stocks other than Facebook, but is still up 2.3% over the last four weeks since the outbreak become world news. 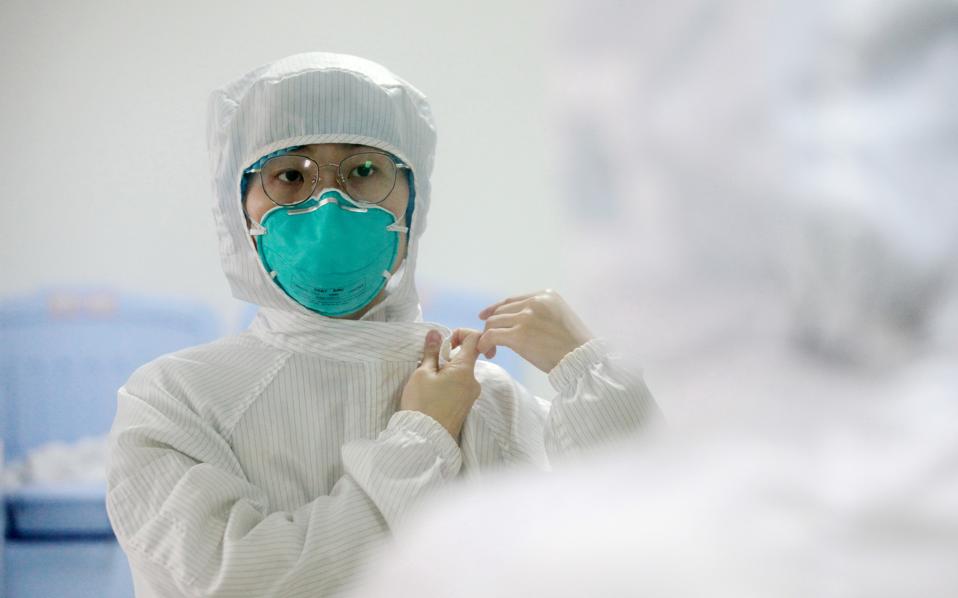 A nurse inside the novel coronavirus pneumonia isolation ward of Yangzhou Third People’s Hospital on … [+] February 14, 2020. At least 11 medical professionals have died, including a Wuhan doctor who first alerted people about the deadly new pathogen. (Photo credit should read Costfoto/Barcroft Media via Getty Images)

The tourism industry is also expected to lose untold billions, and not just in China.

Chinese tourists are not traveling either as flights from China to the U.S., for example, are greatly restricted. There is currently one China Eastern airlines flight from Shanghai due in to JFK International Airport this afternoon. An Air China flight arrives in Los Angeles later today, as well.

Vietnam banned a German and Norwegian cruise ship from docking at a port there today due to coronavirus fears, the South China Morning Post reported.

Some 1,700 medical workers have contracted coronavirus so far, with over 1,500 of them in Hubei. Eleven have died, according to China’s National Health Commission.

Consumer sentiment in China is likely to be on the downslope. Investors are convinced there will be a V-shape recovery. But the center line in that V has not yet be reached. If the coronavirus last as long as China’s last viral outbreak, the SARS epidemic in 2002-03, then it will still be a headwind for Chinese businesses as far out as August.

Something’s Wrong With Michonne In This New ‘Walking Dead’ Teaser

In Texas, The Coronavirus Causes A Specialty Coffee...