How A Fitbit Told Jane Slater That Her Partner Was Cheating 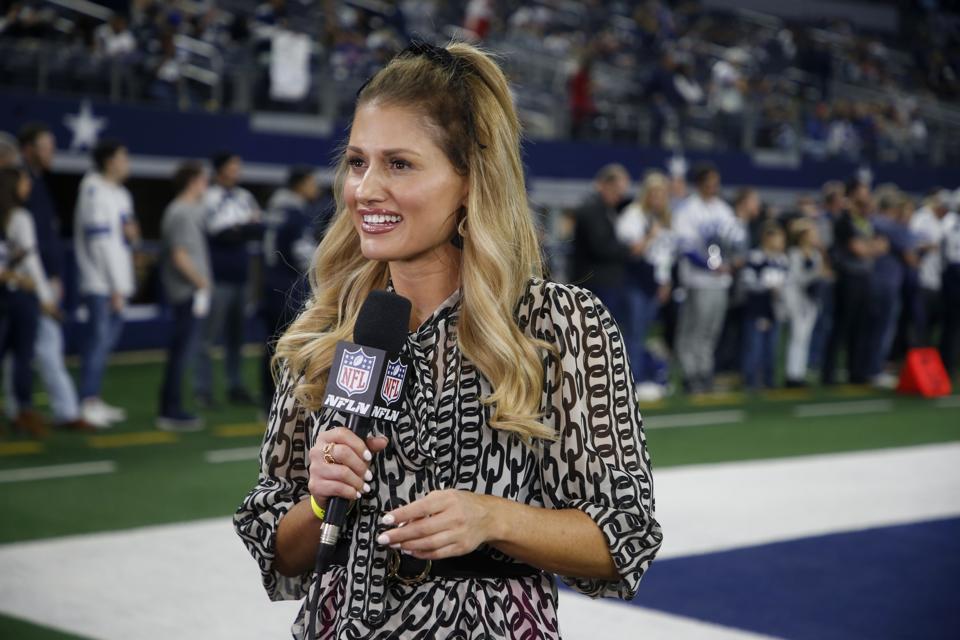 Jane Slater reports on football for the NFL Network but told the Twittersphere that a Fitbit worn by … [+] her previous boyfriend reported something else. (AP Photo/Michael Ainsworth)

There are several possible reasons why your significant other’s physical activity may be spiking at 4 am when you are not around. Most of them are not good.

For example, your partner may be having a very, very vigorous trip to the toilet or perhaps battling some invading ninjas. A third possibility, and potentially the most horrifying one, is that your partner is actually an early bird and exercising at a dreadfully early hour.

Then, there’s what happened to NFL Network reporter Jane Slater, according to her tweets below:

Hmm, looks like someone forgot about his gift. A number of people on Twitter expressed dismay about what Slater’s ex apparently did, but not all for the same reasons:

If you are not familiar with a Fitbit, it is a brand of activity tracker. Such devices can measure a variety of things such as your heart rate, the number of steps that you take, and other types of movements that you may make. Such trackers are not always exact in determining your specific movements because they use algorithms to interpret motions. Therefore, if your step count is going up during sex, that may be inaccurate, unless, of course, you’ve somehow incorporated a treadmill into what you are doing. 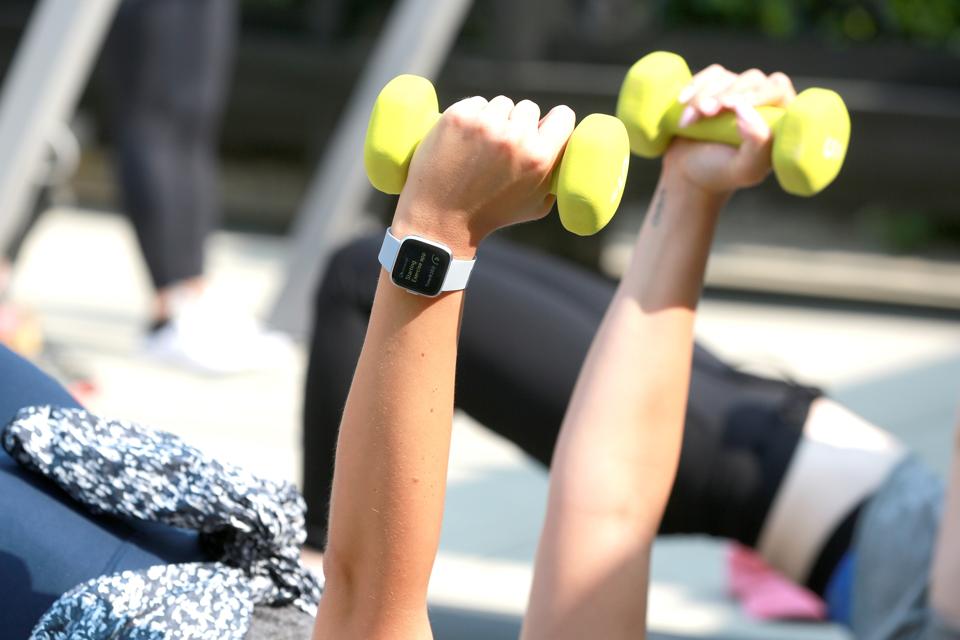 An activity trackers like a Fitbit can tell when you are being active and may offer some clues as to … [+] what that activity may be. (Photo by Rich Fury/Getty Images for Fitbit)

Based on her tweet, it seems like Slater may have gotten a Fitbit of evidence of what her then-boyfriend was doing based on the timing of his physical activity and not from being able to recognize specifically what his activity was. This is assuming that her relationship occurred more recently. Fitbit had previously offered the option of tracking sexual activity until things came to a climax in 2011. That was when data on the sexual activity of some users apparently accidentally became publicly-accessible on the Internet, as reported by Kashmir Hill for Forbes. This caused both some consternation and some kudos for some users. Soon thereafter, Fitbit announced that their devices were abstaining from tracking sexual activity, according to a follow-up by Hill for Forbes.

Thus, you may not be able to specifically tell if a wearer of an activity tracker is having sex, unless that user decides to input the words, “I am going to have sex now,” into his or her device. A search of PubMed reveals a dearth of published scientific studies on what measurements activity trackers return during sex and whether some of these measurements are unique to sex. This may be difficult to figure out because sex can be done in many different ways and for many different durations. Depending on what you do, sex could look like other activities. For some, it may be more like various types of workouts. For others, it may be closer to sitting at a desk.

Therefore, if Slater’s tweet inspires a lot of people to suspiciously check their partners’ activity trackers, you may get a lot of “no, I was playing rugby then” arguments that may not always be easy to refute. It could then lead to some interesting scientific debates and analyses, such as whether that one minute burst of activity on Tuesday night was a quick sprint to the bathroom or, instead, something else.

How To Watch Or Stream UFC On ESPN 7

This Week In Credit Card News: The Rich...