Home Technology How Outer Space Gets Its Colors
Technology 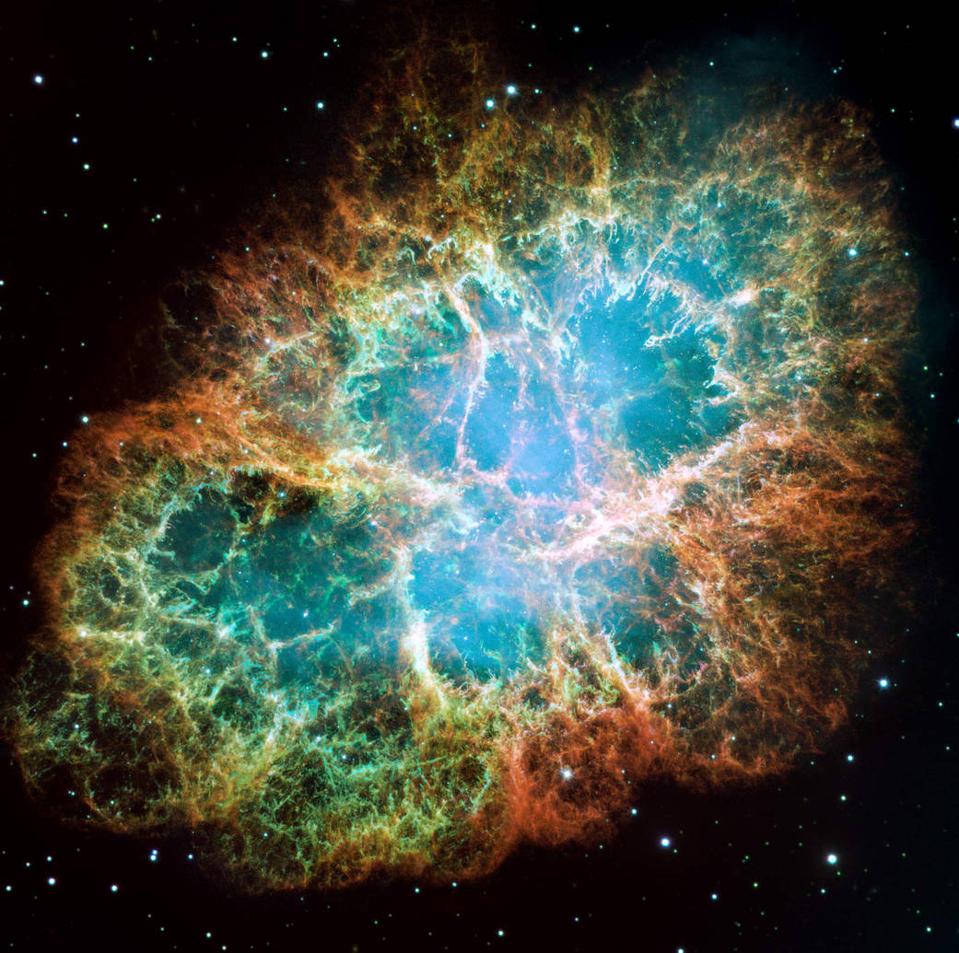 The Crab Nebula. No, it’s not how you would see it with your naked eyes, but that’s not important.

Giant, bloated, turbulent stars. Serene, quiet, cratered landscapes. Swirls and storms and bands in atmospheres. The delicate filigrees of nebulosity in…nebulas. It’s easy to ooh and ah over spacey images, and one of the most stunning aspects of those images are their vibrant colors.

Colors that are, to large extent, completely fake.

And that’s a good thing.

You see, telescopes and cameras don’t look at the world the same way we do. Cameras simply and dumbly record how much of what kind of light hits their sensors. Sometimes those sensors mimic how the human eye divvies up the fountain of light pouring through the iris, recording how much red, green, and blue comes in. And while cameras mounted on telescopes can play a similar game, for astronomical purposes it’s usually a bit more sophisticated than that.

With that level of specificity, astronomers can identify individual elements in a particular region of space. That’s because all elements – and molecules, for that matter – give off a very specific fingerprint of light, called a spectrum. It’s with this technique that we’re able to know what stuff in space is made of.

But in the end a spectrum is just a wiggly line on a chart, and while useful for scientific purposes doesn’t make for the greatest pictures. Plus, it’s one thing to say that there’s, for example, oxygen in a nebula. But we’d also like to know where that oxygen is.

Enter: colorization, a process of assigning colors to specific elements of wavelengths to tell us important things about a particular object. It’s not what the human eye would perceive (both because our vision system doesn’t process light the same way, and the spectrum can include wavelengths outside the visible range), but it’s still important and useful.