Home Business How To Watch Or Stream Bellator Japan: Fedor Vs. Rampage
Business

How To Watch Or Stream Bellator Japan: Fedor Vs. Rampage 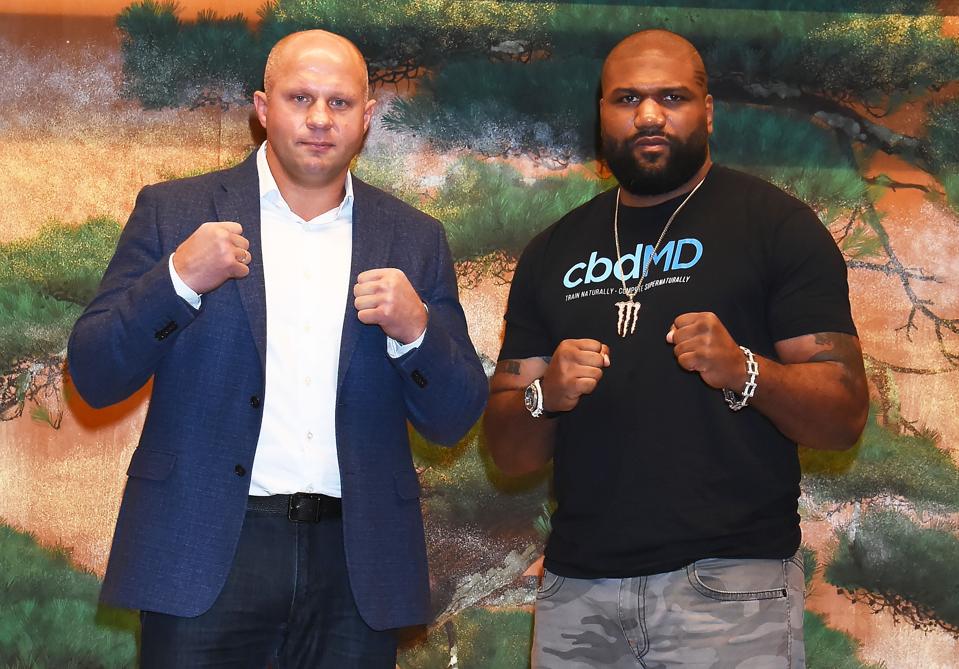 Bellator holds its first show in Japan on Saturday when it presents Bellator Japan: Fedor vs. Rampage from Saitama Super Arena. The event is headlined by a heavyweight bout between former PRIDE heavyweight champion Fedor Emelianenko and Quinton “Rampage” Jackson. Jackson is an ex-PRIDE middleweight titleholder and a former UFC light heavyweight champ. The fight card, Bellator 237, closes out the year for the promotion.

Emelianenko retired from MMA in 2012 with a record of 34-4-0-1. Three of those losses came during a three-fight stretch in 2010-11 when Emelianenko was competing under the Strikeforce banner. The man many believe to be the best heavyweight in MMA history was 31-1-0-1 before being stopped by Fabricio Werdum, Antonio Silva and Dan Henderson in three consecutive fights. Since he returned to the cage in 2015, Emelianenko has a record of 4-2. His Bellator record during that stretch is 2-2. Emelianenko is coming off a 35-second knockout loss to two-division Bellator champion Ryan Bader in January.

Jackson worked with PRIDE from November 2001 through 2006. He joined the UFC in 2007 and stayed with that promotion through 2013. Jackson fought out his UFC deal in January 2013 and then signed with Bellator. The former champ dropped his last three fights with the UFC. Since he joined Bellator, Jackson has gone 6-2. He lost decisions to Muhammed Lawal and Chael Sonnen before he got back on track with a knockout win over Wanderlei Silva in September 2018. Saturday’s event marks Jackson’s first fight since he stopped Silva in the second round.

Also on the card, former three-time Bellator lightweight champion Michael Chandler returns to action for the first time since he lost his title to Patricio Freire in May. Chandler faces Sidney Outlaw, who is on a nine-fight winning streak. Outlaw is coming off a decision win over Roger Huerta in November.

Why Your CEO Search Should Begin At Startup...