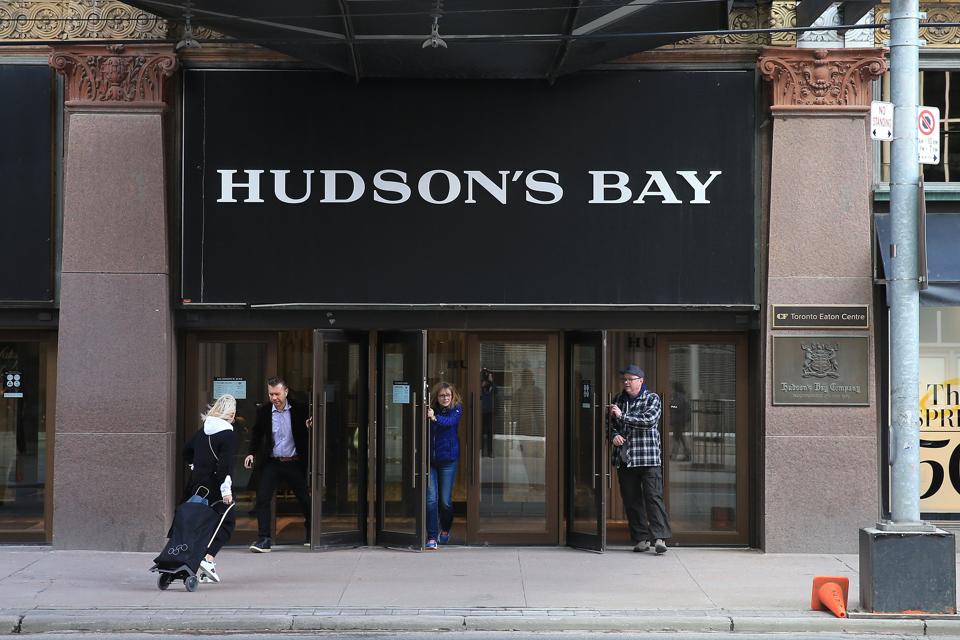 December 17th is the witching hour for what happens with management’s go-private offer. (Rene … [+] Johnston/Toronto Star via Getty Images)

History has it that the origins of Hudson’s Bay Company go all the way back to fur traders in 1670s Canada. Whatever deals they made more than 400 years ago are nothing compared with what’s going on today with the current version of HBC.

Earlier this year, management led by Richard Baker—the man who created the modern iteration of Hudson’s Bay as an international retailing conglomerate—announced he wanted to take the company private. This came after the empire Baker created was piece by piece torn down, resulting in a company that essentially consisted of three elements: the namesake HBC Canadian stores, U.S.-based luxury retailer Saks Fifth Avenue and its off-price spin-off, Saks Off Fifth.

Gone were the European department store partnerships, the ownership of Lord & Taylor, the Canadian home furnishings specialty chain Home Outfitters and assorted other bits and pieces. At its peak, HBC was one of the largest retailers in the world—and also one of the least profitable.

Baker’s go-private move has not been universally beloved, and minority investor Catalyst Capital Group has put in a competing offer that it—naturally—says is better than Baker’s proposed deal. Equally as naturally, Baker says the Catalyst offer is bad, and his board’s special committee on the matter has rejected it.

All of this may—or may not—come to a head on Dec. 17, when shareholders will vote on what comes next. Baker and his group control about 57% of the shares, but Catalyst is pushing for that vote to be moved up. It has filed a complaint with the Ontario Securities Commission accusing Baker of submitting “a coercive offer through a non-arm’s length process that sought to preclude alternative bidders.” Clearly, the lawyers stayed up late working on that one.

Whatever happens, and whenever it does happen, none of this will address the fundamental issue facing Hudson’s Bay: how to be a better retailer. Its Saks luxury unit faces heavy competition within its channel, particularly in the crucial New York City marketplace, where both Nordstrom and Neiman Marcus have opened their first Manhattan stores this year. In the meantime, real estate types have cut their once-effusive valuation of its Fifth Avenue flagship.

Hudson’s Bay stores face the problems every department store on the planet is dealing with—that is, how to stay relevant with a model that is increasingly falling out of favor with a new generation of shoppers.

And the Off Fifth outlet store division has already been cut back and may face further contractions given its lackluster performance in an off-price channel where longtime players like the TJX group of stores remain very strong even as they are seeing new competition from the aggressive expansion of Macy’s Backstage.

The weapons to deal with all of this will most certainly be constrained if HBC goes private and has a new level of debt to service. Over the years, retailing has proved to be a lousy source of cash flow to pay down loans.

Plus, a Baker victory would keep in place the management that has gotten the company to where it is—or isn’t—today. Will they have any better solutions as a private company without quarterly earnings reports and analysts breathing down their neck? Again, history suggests it doesn’t usually work out all that well for retailers taken private. Ask Toys “R” Us or J.Crew if you need more on that.

Catalyst has not gone into great detail about what it would do differently should it get its hands on HBC. At the risk of being redundant, private equity’s overall track record running retailing corporations has been dismal at best.

HBC has been in a retail free-fall over the past several years, and while developments later this month may slow down that process, there’s not much on the horizon to suggest any meaningful reversal.

If only those grizzled old bearded fur traders were still around to soften the landing with some beaver pelts. …

2019 Was The Year BTS Proved They Could Sell Singles

Forget Trump—Huawei Now Has A Major New Problem In China

‘Soundtrack’ Review: ‘This Is Us’ With A Groove...

The N.H.L. At The Break: Hockey’s Best Values