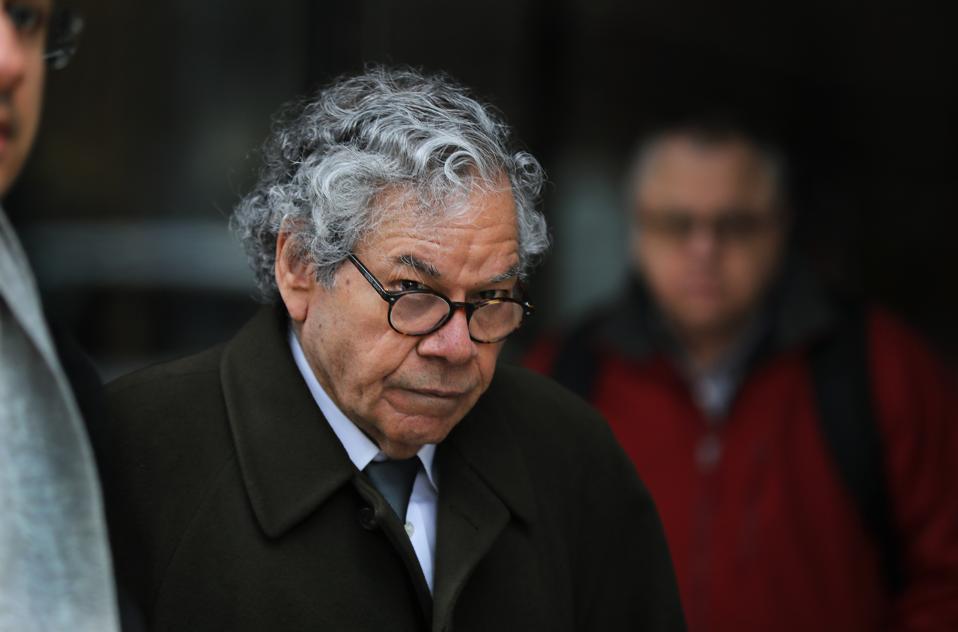 John Kapoor, the 76-year old billionaire founder of Insys Therapeutics, has been sentenced to 66-months in prison for orchestrating a system of bribery and kickbacks to physicians across the US in exchange for prescribing and over prescribing large amounts of the powerful fentanyl spray, Subsys, to patients with little to no need of the drug. Kapoor is the first ever CEO of a drug company to be convicted by the federal government in their fight to combat the opioid crisis.

Kapoor’s sentence was handed down by U.S. District Judge Allison Burroughs in a Boston federal court on Thursday January 23rd . The verdict came Wednesday after 15 days of deliberation. It is the lengthiest prison sentence imposed on any of the seven former Insys executives who were found guilty of racketeering charges in May of 2019. In addition to Kapoor’s 66-month sentence he was sentenced to three years of supervised release and a $250,000 fine. 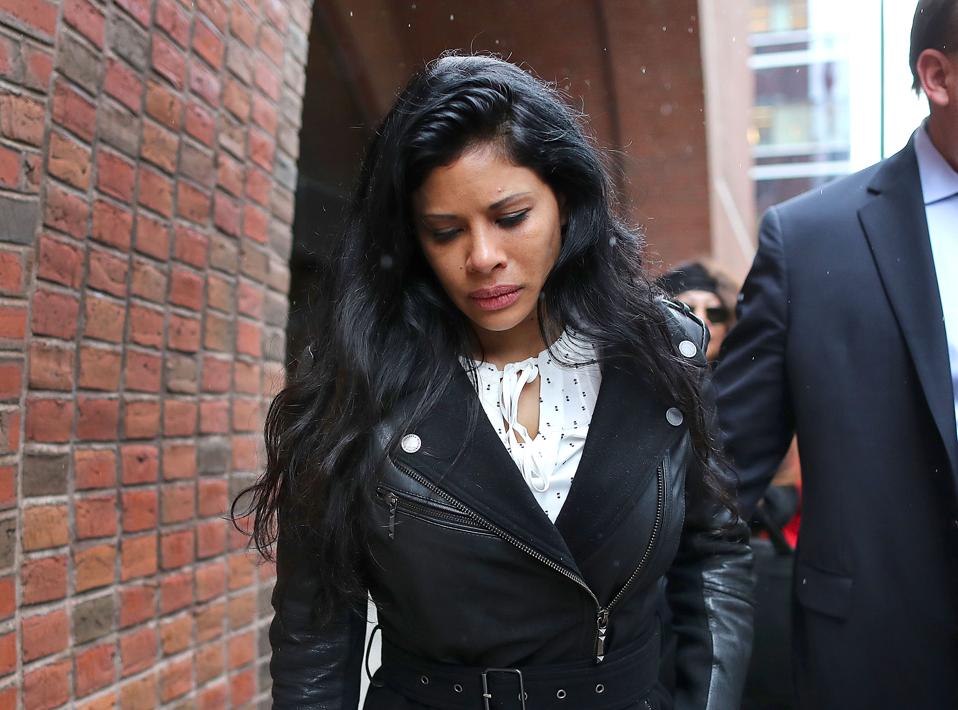 BOSTON, MA – MAY 2: Sunrise Lee leaves the John Joseph Moakley United States Courthouse in Boston … [+] following the verdict in the Insys trial on May 2, 2019. On the 15th day of deliberations, a US District Court jury in Boston found that founder John N. Kapoor and four former executives of Insys Therapeutics, including Lee, engaged in a nationwide conspiracy to pay off doctors at pain clinics to prescribe Subsys, an under-the-tongue fentanyl spray approved in 2012 for cancer pain. As part of the conspiracy, prosecutors said, eight doctors and medical practitioners got more than $1.1 million disguised as speaking fees. Insys also set up a reimbursement center where employees allegedly lied to health insurers about patients symptoms to get them to cover Subsys for people without cancer. The trial went more than 10 weeks and was believed to be the first criminal trial of pharmaceutical executives who marketed an opioid painkiller since the nations deadly opioid epidemic began. The epidemic killed nearly 400,000 people from 1999 to 2017, federal officials say. (Photo by John Tlumacki/The Boston Globe via Getty Images) 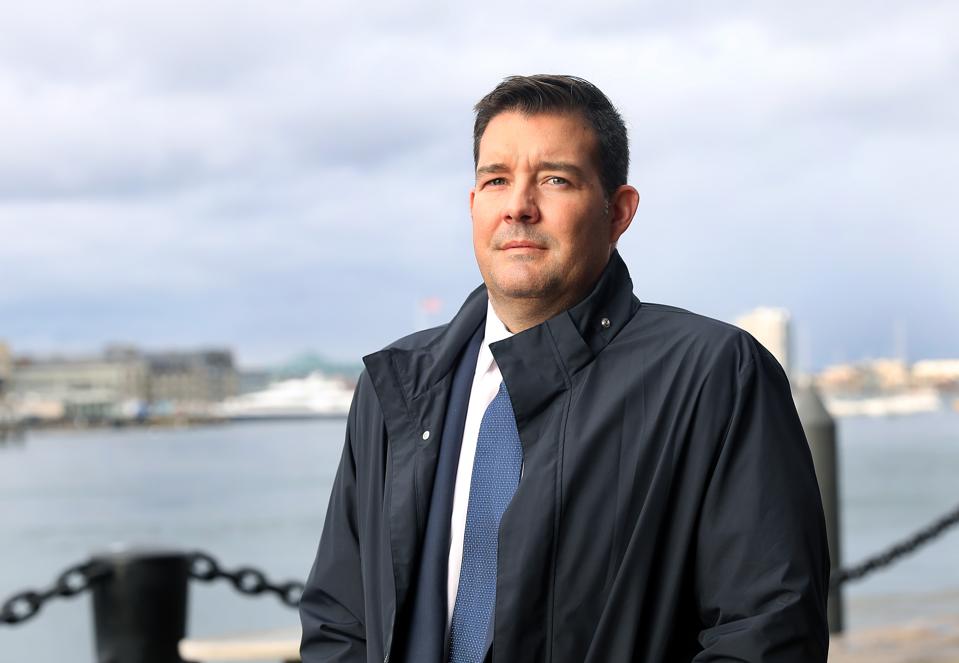 BOSTON, MA – JANUARY 9: Former Insys CEO Michael Babich leaves the John Joseph Moakley United States … [+] Courthouse in Boston after a hearing on Jan. 9, 2019. Babich, 42, pleaded guilty to conspiracy and mail fraud after reaching a cooperation agreement with prosecutors. He faces up to 20 years in prison. Under Babich, the former president and CEO of a company that made a highly addictive fentanyl spray, sales representatives took doctors out to strip clubs and plied them with $500 bottles of champagne, according to court documents. Babichs chief sales executive at the company, Arizona-based Insys Therapeutics, hired a slew of attractive but inexperienced sales representatives, including a former West Palm Beach, Fla., exotic dancer, to sway doctors into prescribing Insys fentanyl spray, even to those who did not need it. (Photo by Pat Greenhouse/The Boston Globe via Getty Images)

Similarly, Insys Therapeutics had agreed with the government to settle criminal and civil investigations and pay $225 million shortly after admitting to the racketeering scheme. After the agreement was announced, the company filed for chapter 11 bankruptcy.

Physicians in on the scheme have also faced legal action such as, among others, Kenneth Sun, M.D., 58, of Easton, Pennsylvania, who plead guilty to one count of conspiracy to defraud the United States and to pay and receive health care kickbacks. Sun’s sentencing has been scheduled for Feb. 26, 2020.

The landmark case has been notable on two major fronts, the first being big pharma’s hand in the perpetuation and exacerbation of the opioid epidemic in the US and second, Insys’ systematic defrauding of the American healthcare system. From 2012 and 2015, Insys allegedly paid physicians to prescribe Subsys to patient and then went on to lie to insurance companies and defraud hundreds of thousands of dollars from Medicare from physician to physician to ensure that the expensive fentanyl-based painkiller would be covered. While the racketeering charges, which have historically been used to target the mafia, still stand, a federal judge overturned, in part, convictions against executives that were believed to have violated the Controlled Substances Act in which Judge Burroughs stated, “The Government could have easily proved bribery, but it elected not to charge bribes or kickbacks and now must live with that decision,” continuing, “The Court only very reluctantly disturbs a jury verdict, but finds it necessary to do so here.”

However, Judge Burrough contended that, “The conduct of Insys and the Defendants in this case was reprehensible and designed to financially incentivise healthcare practitioners to prescribe Subsys without regard for the best interests of their patients,” continuing that, “Defendants knew the power of Subsys and that addiction was a risk, but nonetheless tried to maximise the number of prescriptions written and the dosage prescribed.”

Kapoor’s five and a half year sentence is considerably less than the 15-year prison sentence that was being sought by prosecutors who asserted that Kapoor was the ‘fulcrum’ of the racketeering scheme and was the only defendant who could not have been replaced by another conspirator. Federal prosecutors wrote in a sentencing memo, “He was the principal leader, who personally approved, and thereafter enforced, the corrupt strategies employed throughout the conspiracy,” continuing, “This crime would not have happened, could not have happened, without John Kapoor. It was, in almost every way, Kapoor’s crime.”

Kapoor and his four co-defendants were faced with seven victims and family members of victims whose gave emotional statements about how their lives had been destroyed by Insys’ actions. “By the grace of God, I am here to speak for all of us including the ones who lives you took,” said victim Paul Lara, who says he still suffers from being prescribed a drug that was never meant for him. Subsys, the powerful fentanyl spray is intended for terminal cancer patients to ease the pain during end of life care.

Fentanyl has been at the center of opioid overdoses in recent years as the number of overdose deaths as a result of synthetic opioids has been on the rise. According to the Centers for Disease Control “In 2017, more than 28,000 deaths involving synthetic opioids (other than methadone) occurred in the United States, which is more deaths than from any other type of opioid.” Fentanyl is especially infamous for its contribution to a high number of deaths as a result of it being 50 to 100 times more potent than morphine. As expressed by the U.S. Food and Drug Administration, Fentanyl should be prescribed solely for “management of breakthrough pain in cancer patients who are already receiving and who are tolerant to around the clock therapy for their underlying persistent cancer pain.”

“Far too many people have died, or like me, have had their lives changed, at the hands of your greed and cruelty,” said Lara, “It’s unrealistic to believe that Insys Therapeutics executives could not see the results of their behaviour.”

Deborah Fuller, the mother of Sarah Fuller, who died of an overdose in connection to her Subsys prescription stated, “She was robbed by Kapoor of her wedding day,” continuing, “The impact of his actions has forever broken our family and Sarah’s fiancé. The actions of John Kapoor and his conspirators have been a sentence of hell for our family.”

Yet, the ruling has given federal prosecutors taking aim at the opioid epidemic a semblance of hope moving forward. “Today’s convictions mark the first successful prosecution of top pharmaceutical executives for crimes related to the illicit marketing and prescribing of opioids,” U.S. Attorney Andrew E. Lelling said in a statement. “Just as we would street-level drug dealers, we will hold pharmaceutical executives responsible for fueling the opioid epidemic by recklessly and illegally distributing these drugs, especially while conspiring to commit racketeering along the way.”

Lelling continued, “This is a landmark prosecution that vindicated the public’s interest in staunching the flow of opioids into our homes and streets.”

Can The Oakland A’s Khris Davis Bounce Back?