Last week I attended CES 2020 in Las Vegas to hear all the latest in the realm of consumer electronics. Of course, the ODMs, big and small, were at the event in full force—Amazon, Samsung, Dell, HP, Lenovo and many, many more. I’ve covered the announcements from these companies extensively. However, the scope of the event also included companies who provide the computing power behind the latest gadgets—companies such as industry stalwart Intel. Obviously, technology advancements from these companies carry great importance for consumer electronics at large and I always make a point of covering Intel’s CES announcements (see my coverage from 2016, 2017, 2018, and 2019). Today I wanted to touch on the announcements Intel showcased at CES 2020. Let’s dive in.

Last year, at CES, the big Intel story was Ice Lake. Perhaps the biggest story this year was a sneak peek at Intel’s newest Core mobile processors, codenamed ‘Tiger Lake.’ Built on the Intel’s 10nm+ process, Tiger Lake features optimizations across the CPU, with AI accelerators and integrated Intel Xe-based graphics. Intel promises double-digit performance improvement over the previous generation, as well as four times the throughput of USB 3 with the addition of integrated Thunderbolt 4. The company says it will begin shipping the first Tiger Lake systems later this year. 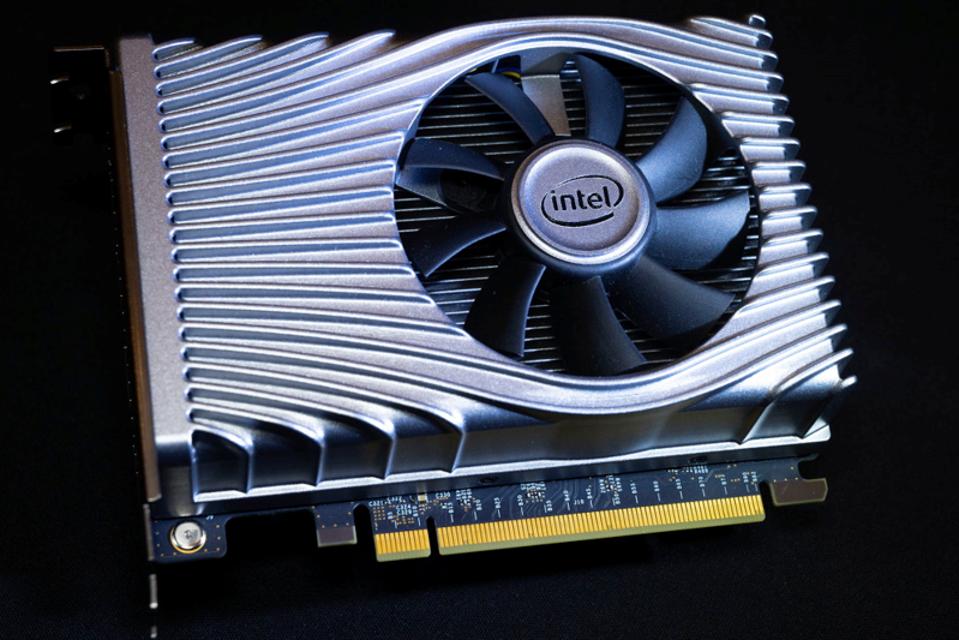 At CES 2020, Intel also gave attendees a preview of its first GPU based on its Xe graphics architecture, which the company has codenamed “DG1.” This is significant because it is the first time Intel has given the public a look at DG1. At the conference, the company demoed the GPU running Warfare, though it did not disclose settings for the game. Not a lot of concrete details about the GPU were shared—mostly just big picture stuff. Intel says DG1 features dynamic tuning for power efficient platforms. Additionally, Intel says DG1 features “powerful” media and display engines, and claims the GPU is optimized for content creation and gaming. DG1 is now sampling to ISVs globally so that they can begin to optimize their products for Intel Xe prior to launch. Don’t let the graphics card fool you, DG1 is mostly going to be an discrete GPU for embedded purposes, but the graphics card is designed to allow for ISVs to develop their apps and optimize for the Xe architecture in anticipation for the launch. 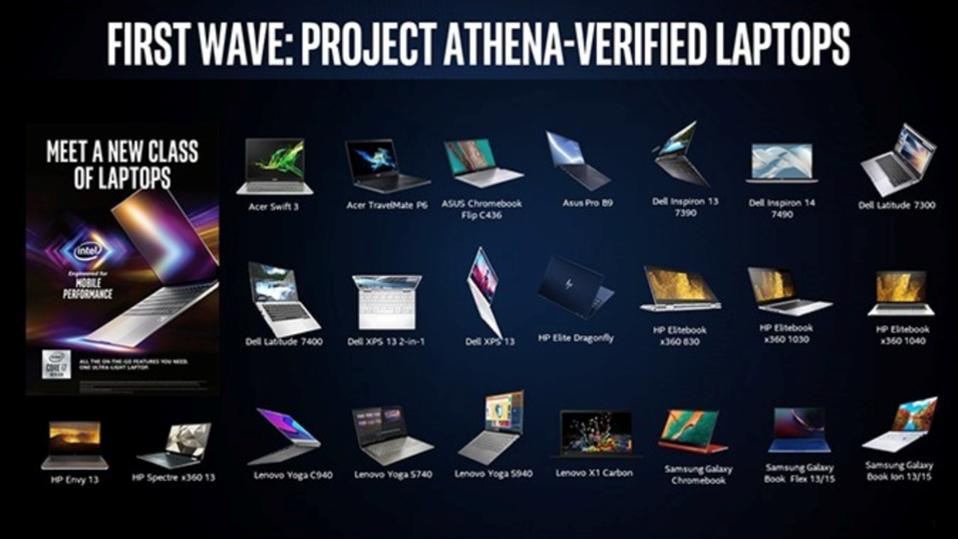 At CES 2019, Intel launched its Project Athena innovation program, an initiative designed to help bring advanced laptops to market to drive next generation technology such as AI and 5G. Project Athena purports to aid OEMs by outlining platform requirements, enabling ecosystem collaboration, and providing benchmark targets, co-engineering support, and comprehensive certification for Project Athena devices. At CES 2020, Intel announced it has verified 25 Project Athena designs so far, with plans to verify around 50 more through the end of 2020. Out of the designs already verified, Intel announced the first two Project Athena Chromebooks, developed in partnership with Google: the ASUS Chromebook Flip (C436) and the Samsung Galaxy Chromebook. It’s nice to see these Chromebooks added to Intel’s initiative—the Samsung Chromebook in particular looks awesome with its 4K OLED screen (stay tuned for my Samsung CES coverage for more information).

One way that Intel puts its mark on devices (and ensures its own place within them) is by engaging in co-engineering efforts with its OEM partners. A good example of this is the work Intel did on the dual-screen, foldable design of Lenovo’s new ThinkPad X1 Fold. At CES 2020, Intel offered a preview of a new form factor which it calls “Horseshoe Bend.” This form factor features a foldable, touchscreen OLED display, and is based on the aforementioned Tiger Lake mobile processors. Intel says its roughly the size of a 12” laptop, and folds out to over 17”. Frankly, it looks pretty cool.

It was a solid showing from Intel, and I came away impressed by the company’s never-ending efforts to push laptops and their capabilities forward into the future. Several OEMs that debuted next-generation laptops at CES 2020 have Intel to thank, and the company more than deserves its seat at the table at the annual consumer electronics conference. I can’t wait to see what impressive new devices are enabled by Intel technology (Tiger Lake, DG1, and Xe) and initiatives (Project Athena) in the coming years. All in all, Intel has a good edge to cloud value proposition—it will be important for the company to dial up the contrast as its competition closes in. I’ll continue to watch with interest.

Samsung Galaxy S11: Everything We Know So Far...