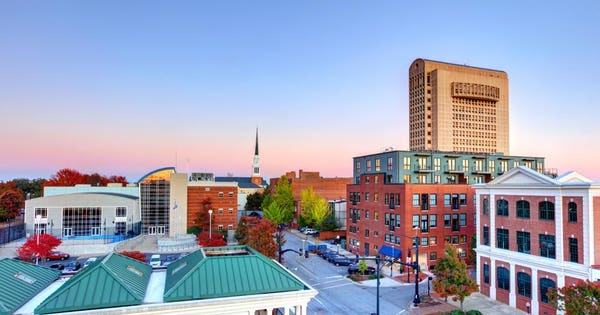 Spartanburg is the most populous city in and the seat of Spartanburg County, South Carolina, United… [+] States

I was a developer for over 20 years, building shopping centers especially. That was back in the midst of a retail expansion like we’d never seen before and may never see again.

Bankers were loaning money as fast as it was printed, and retailers were expanding in record numbers. Even in my hometown of Spartanburg, South Carolina, my business partner and I built more than 20 projects in the course of 10 years.

Several of which are already gone and others that are in significant jeopardy.

I remember developing one new shopping center in 1992 just after the owner of my hometown mall filed for bankruptcy. Bramalea had purchased Westgate Mall in 1988, but it just hadn’t gone as planned. The Canadian conglomerate was forced to unload the regional mall altogether.

That doesn’t mean the mall died with those plans though. Not yet, anyway.

A New Day, A New Buyer, The Same Situation

CBL & Associates (CBL), based in Chattanooga, Tennessee, purchased the mall. Moreover, it proceeded to do significant work on it, expanding the building and adding in two new anchors: Dillard’s and J.B. White.

The refurbished property was then touted long and loud as “the first Carolina mall with six anchors.”

Moreover, it was part of a 2,000-acre tract that was undeveloped and heavily wooded.

So, all those decades later – while CBL was still preparing for its big debut – we began to build a shopping center on the acreage… carefully making sure there were no grenades left behind as we did. And it just so happened that we completed this new project, Blackstock Center, just as Westgate Mall was re-opening.

No matter though. Not at first. Over the next several years, both the Blackstock Center and Westgate Mall flourished. A new Wal-Mart anchored center was built nearby, and an Olive Garden opened as well.

As a young developer, I’m not going to lie. It was extremely exciting to be one of the cast of characters helping to create jobs and shopping destinations for my hometown.

It was great while it lasted. But, oh my, how the times can change.

Now we must fast forward 25 years.

This morning, I drove over to Starbucks, which is situated across the street from Westgate Mall. The inspiration for this article came while I was sitting in the drive-thru window, staring at the 49-year old mall.

CBL still owns it, but it’s in bad shape.

For one thing, Sears has shuttered. For another, the building’s interior looks like a flea market.

As traffic fades, so has occupancy, which is only to be expected. It’s down to 82% based on recent filings. Meanwhile, the Toys “R” Us property across the street continues to still sit there. Vacant.

(See my Forbes.com article: Farewell Toys “R” Us, We Will Miss You).

Making matters worse, the $34 million loan on the mall, which is securitized through UBS-Barclays Commercial Mortgage Trust, could default.

As it stands now, J.C. Penny is still holding on. But it appears its days there are numbered. And Dick’s Sporting Goods, another anchor, is likely closing soon.

In pains me to see my hometown mall fading. Yet I know there are just too many malls and shopping centers in the U.S. Finding ourselves in a significant yet temporary boom, we developers got lost in a euphoria that’s long-since ended.

The Landscape Isn’t Done Changing Yet

As a REIT analyst these days, it’s become painstakingly evident that we built way too many retail projects. The future couldn’t hold them all. And so we’re now living in an era in which retail space is being rationalized, especially malls.

Putting my developer hat back on again, I think I would have done things differently. I still see myself sitting on top of a bulldozer, just as I did over 25 years ago. Only, this time, I foresee my hometown mall being demolished for something more purposeful and lasting.

That’s not a knock against retail, only an acknowledgement that there’s only so much retail centers we need.

There are around 1,400 traditional malls in the U.S. For now. Our research suggests there will be a wave of department store closures over the next decade.

So that number is going to drop. Probably significantly.

Westgate, my hometown mall, is no doubt just one example of a dinosaur that will soon be extinct.

Yes, it truly is a sad day for my hometown mall.

3 Resolutions On The Way To $10 Million in Revenue

7 Things Investors Must Do During The Coronavirus...