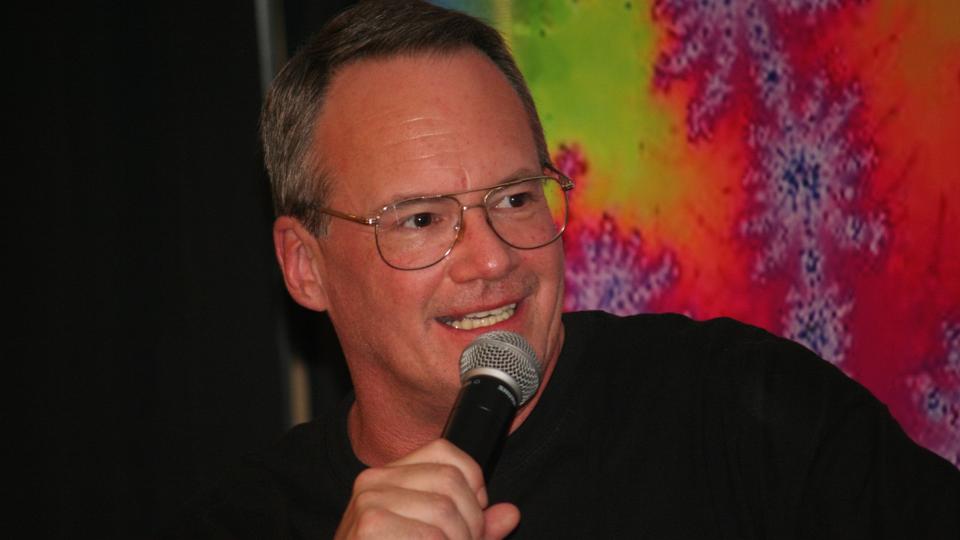 A story that had seemingly died down several weeks ago has rematerialized in the last few days. The ongoing dispute between legendary manager turned podcaster Jim Cornette and independent death match wrestler Brandon “G-Raver” Graver is now going to court, with Cornette suing on various intellectual property-related counts. This all stems from Labor Day weekend when, on a show co-promoted by Black Label Pro and Game Changer Wrestling for the fans in town for AEW All Out, Graver had his underarm area sliced open by light tubes. When Cornette was tweeted a clip if the injury, he shared it, saying that “if the fans were lucky[,] they probably stopped the show so everyone could watch this idiot bleed out.” Graver, now facing a long recovery from nerve damage, publicly took exception, asking why Cornette was now “advocat[ing my] death?”

From there, it was off the the races.

Graver started selling a “FUCK JIM CORNETTE” t-shirt, the design for which featured a match resembling Cornette gagged and bleeding, with tattoo needles sticking out of his head. Cornette’s lawyer, Stephen P. New, who also sponsors his Jim Cornette’s Drive-Thru podcast, soon suggested in a tweet that a lawsuit would be coming, A month after that, Cornette confusingly started selling the same shirt himself, which felt like it could be the end of the whole affair. Instead, last week, Cornette, with New’s help, field a lawsuit against Graver, The Indy Connection (the store that sold the shirt), Indy Connection owner William Molnar, and Shopify, which Indy Connection’s e-commerce was built off of. The existence of the suit was first reported by the Altoona Mirror, which only covered it the actual content of the complaint in passing.

(In the middle of all this, back in late September, The Indy Connection had also tried to file a trademark for use of the the phrase “FUCK JIM CORNETTE” on clothing. “The trademark application is still pending and we will be filing an objection in the USPTO in the next few days,” says New.)

According to the complaint, Cornette “is a professional wrestling living legend and believed by many to be the world’s leading expert on all matters having in any way to do with the sport of professional wrestling.” It adds that he “did not consent to the use of his name or image” and, from there, turns into a basic intellectual property dispute, that Graver, Indy Connection, and, by extension, Shopify were making money off of him by using his image on the shirt. The complaint cites claims of unfair competition, trademark dilution, trademark cyberpiracy, common law trademark infringement, unfair competition, and dilution, unauthorized use of plaintiff’s name and likeness, and, in the alternative, conspiracy under Pennsylvania law.

When reached for comment, Graver would only say on the record that he had not yet been served with the complaint. (“We have 90 days to serve,” replied New when reached for comment. “That’s not uncommon.”) Graver did, however, tweet this (Cornette had nicknamed him “Grover”) after the Altoona Mirror story started making the rounds online:

“The defendants were given ample opportunity to resolve this matter amicably and chose to force Mr Cornette to resort to litigation,” New added more generally. “Accordingly, opportunities to resolve this amicably no longer exist. I believe we will prevail ultimately on the merits of this action.”

Is Experience The Enemy Of Innovation?