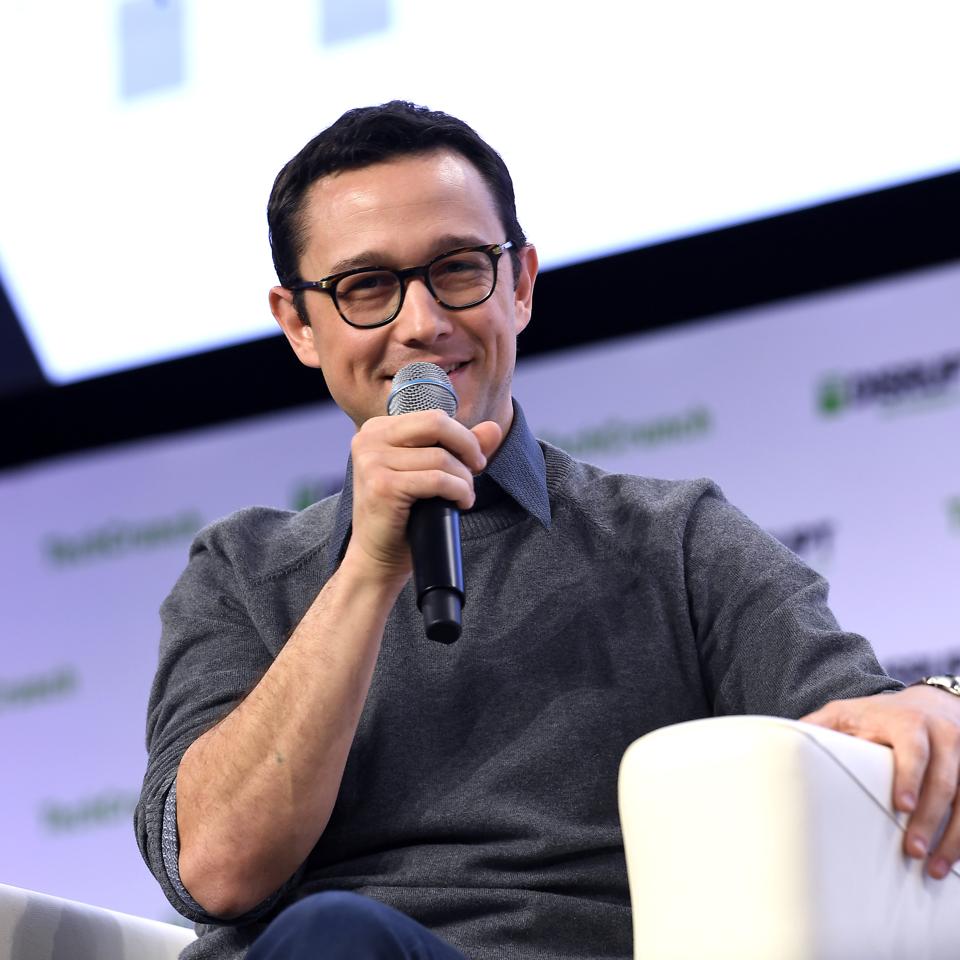 Joseph Gordon-Levitt is not exactly a “sit around and watch the world go by” kind of guy. While many of you will know him as the Emmy-award-winning actor in movies such as Looper, Snowden, Lincoln, Inception, (500) Days of Summer, 50/50, and 3rd Rock from the Sun, he is also a director, musician, and founder of his Creative Processing podcast.

What you may not know is that he is deeply passionate not just about art and creativity, but also building communities that enable artists to work together collaboratively.

Joe and his brother, Dan, launched HITRECORD back in 2005, which provides a platform where artists, musicians, writers, designers, actors, and more can come together to collaborate on “Creative Projects”.

Each one of these projects is broken down into individual steps, with each step providing an opportunity for different people to contribute different creative elements that result in collaboratively completed projects.

I met Joe when we were both delivering keynotes at the Open Source Summit in Los Angeles. I was in the process of pulling together material for my new book, ‘People Powered: How communities can supercharge your business, brand, and teams’ published by HarperCollins Leadership, and he contributed the story and take-aways of HITRECORD. What struck me in our follow-up call was just how much his approach to collaboration has evolved.

HITRECORD started out life as a simple message board back in 2005 where Joe posted videos, songs, and stories he worked on his spare time. While initially reluctant to set up a community for fears of ceding control to a potentially toxic online crowd, he decided to give it a go. The results surprised him.

“I figured I’d give it a try. When we first put up the message board and people started coming to it, it was so nice seeing other people start to form in this community. As more and more people joined, there was an appetite to make things together as well as make things with me. When we saw this happening, my brother and I at the time thought that was really interesting.”

While there are many different forms of communities, the growth and commoditization of technology and the Internet has resulted in an explosion of collaborative communities where people work together to make something.

The open source community has built hundreds of technologies such as Linux, Kubernetes, GNOME, TensorFlow, and others that are powering the cloud, consumer devices, civic infrastructure, communications, and more. Salesforce, SAP, Lego, and others have created communities of millions of users who provide education, support, and guidance to each other. Harley Davidson has created hundreds of local chapters around the world. There are countless examples of communities getting together to consume, champion, and create.

HITRECORD is unique though: bringing together a diverse set of creative disciplines into a shared collaborative space to create creative works.

Different creative disciplines can have very different cultures. Can you really bring such a broad range of creative people and perspectives together effectively?

“It was seeing the community form that that made us want to lean into this kind of collaboration. My brother was the coder and he started building more and more features on top of this initial message board to encourage a collaborative process. Slowly the community continued to grow and after a couple of years I started getting together with other friends of mine to turn what this community was doing into a production company. We thought to ourselves: could we use this collaborative process to make a short film that could play at Sundance?”

Joe and Dan’s intuition was spot on. HITRECORD has produced a broad variety of productions. This includes short films such as Morgan M. Morgansen’s Date with Destiny, Morgan and Destiny’s Eleventeenth Date: The Zeppelin Zoo, Wicked Witch, Flickering Lights Reprise, and more. It also includes music such as Move On The Sun, books such as The Tiny Book of Tiny Stories.

Lo and behold, in 2010, Sundance premiered a new version of HITRECORD, similar to the current incarnation, and the site has grown to over 790,000+ collaborators. It continues to showcase features at Sundance.

The collaborative process that HITRECORD facilitates is fairly straight-forward. First, you can select from a range of open projects and learn about the goals of a specific project:

Within the project, the director can highlight key areas where they would like other artists to contribute: 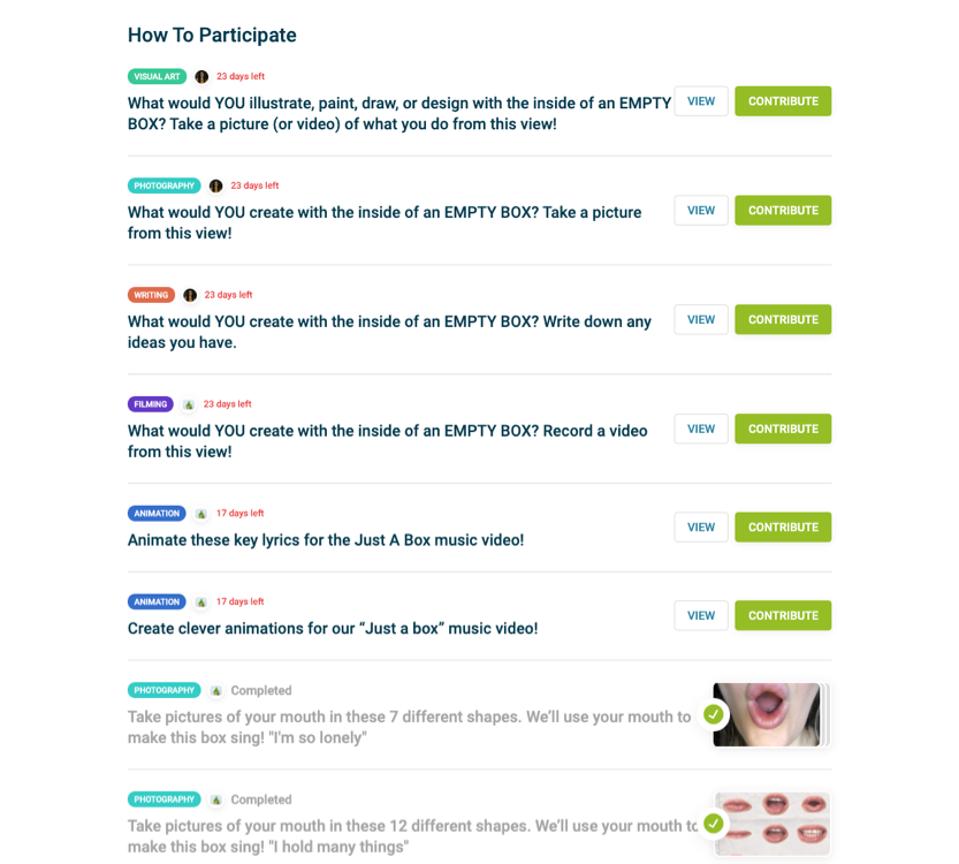 You can also see within the project where contributions have been made, and artists can leave comments, provide feedback, and continue to evolve the project: 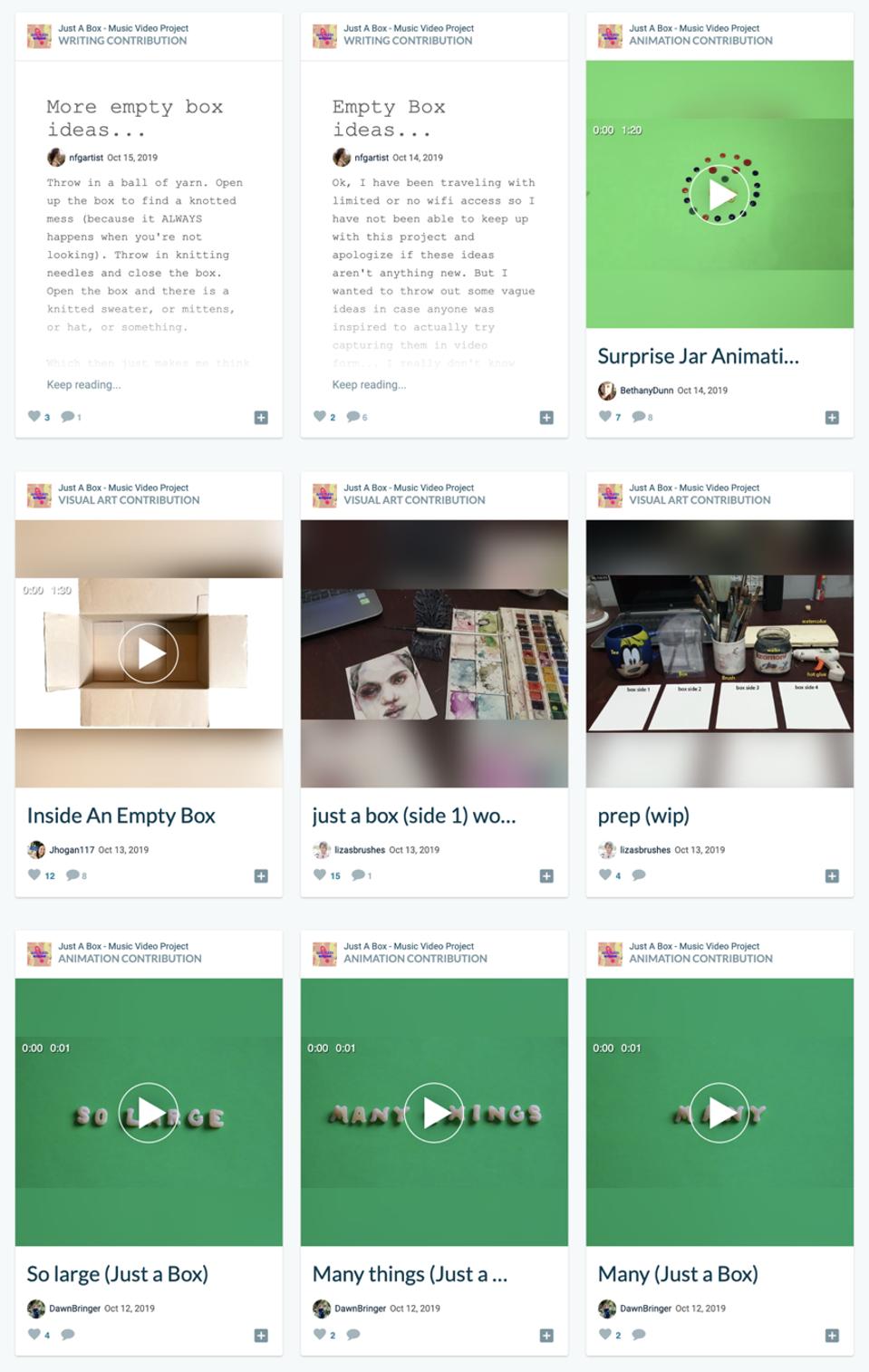 Gradually the project comes together, pulling together these projects into a cohesive work. HITRECORD provides the right mix of tools and features to make the overall process as simple as possible.

Part of the reason HITRECORD has been successful is because Joe and his brother have taken an intentional approach to leadership and facilitation. Put simply, communities are groups of people with different ideas, approaches, and experience: if you don’t have clear, open, and inclusive leadership, communities can struggle to gain momentum and build an evolving, healthy culture.

“I believe any open collaborative process really needs leadership. This is a big part of how we have done things over the years and how we’ve built HITRECORD. Of course, who is that leader is a big question, and while at first it was always me, it got really exciting when we started being able to open up the leadership roles for people in the community to come and fill.”

This isn’t entirely surprising. Any creative endeavor, whether a movie, TV show, theatre production, band or otherwise has key people who help to pull the different strings together, all wrapped around a clear vision of what the end product should be.

“As an example, on a movie set there are many different departments from the production designers to the camera department, costumes, actors, and more. Everyone needs to be working on the same page and it is the director’s job to make sure that all of this is happening.”

HITRECORD provides a way to empower someone to be a director by running a Creative Challenge. In the earlier stages of HITRECORD, this direction was performed by Joe, members of his team and other people he knew, but he saw the potential to expand this core collaborative framework of HITRECORD to have an even broader impact. This has resulted in the workflow of the current platform.

“Our goal was to provide both a community and a platform where people can come and say, ‘I know I want to do something, what should I do?’, and be able to meet other people within the community who are saying, ‘Well, we’re doing this and we need somebody that can help, want to get involved? We want to provide a creative ecosystem where if you like to draw, here’s a bunch of projects, if you like to make music, here is a bunch of projects. You can jump into a community of people who are collaborating and make things together with other people, people who encourage each other and hold each other accountable.”

Jono Bacon is the author of ‘People Powered: How communities can supercharge your business, brand, and teams’, published by HarperCollins and now available.