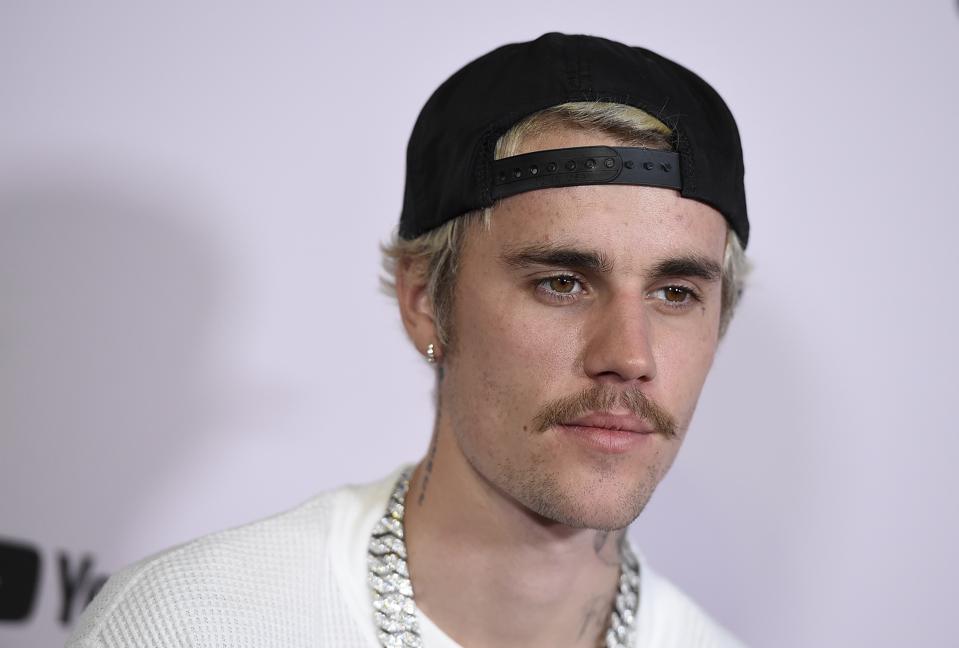 Four years ago today, Justin Bieber’s “Love Yourself” reached No. 1 on the Billboard Hot 100. It marked his third consecutive No. 1 hit off Purpose, behind “What Do You Mean?” and “Sorry,” and became the biggest Hot 100 hit of 2016. Its corresponding album debuted at No. 1 with a career-high 649,000 album-equivalent units, breaking first-week global and U.S. streaming records and ultimately becoming the third-biggest Billboard 200 album of 2016.

Purpose revitalized Bieber’s career and reinvented him as a mature pop artist, and these stats are worth celebrating. But they’re also disconcerting when stacked against the pre-release metrics for his new album, Changes, which comes out tomorrow. Whereas the Purpose rollout included a series of transcendently catchy singles and captivating live performances that generated excitement for its release, the Changes rollout has been plagued by lackluster lead singles and bald-faced attempts to game the charts in Bieber’s favor. It all suggests an album that will surely perform well based on name recognition alone, but will likely fail to reach the commercial heights of its predecessor.

Purpose’s pre-release singles hinted at the album’s stratospheric success. In the week before Bieber’s last album dropped, “Sorry” and “What Do You Mean?” both nestled in the highest ranks of the Hot 100 at Nos. 3 and 6, respectively. “What Do You Mean?” had already been out for 11 weeks following a No. 1 debut, while “Sorry” had been out for three weeks and would not ascend to No. 1 for several more months. “Sorry” reigned atop the Hot 100 for three weeks in early 2016, eventually ceding the spot to its follow-up single, “Love Yourself.” All three singles spent months in the Top 10, bolstering Purpose’s track-equivalent and streaming-equivalent albums. During this time, everything Bieber touched turned to gold—and then platinum, and then multi-platinum.

The Changes promotional campaign has not yet been so fruitful. Bieber officially kicked off the album rollout last month with lead single “Yummy,” a mildly catchy but insubstantial pop/R&B hybrid that failed to hook listeners in the same way as “What Do You Mean?” “Yummy” debuted at No. 2 on the Hot 100, failing to surpass Roddy Ricch’s viral sensation “The Box”—but it was not for a lack of trying. Bieber implored fans to stream and buy the song, and he shared a post instructing them to buy the song multiple times, stream it on loop on a playlist consisting solely of “Yummy,” and download a VPN app if they lived outside the U.S. to inflate the song’s stateside streams. It all felt a little slimy, if only because Bieber was being transparent about the chart gamification tactics that other artists pretend don’t exist. Moreover, it was jarring to see Bieber so doggedly promote his lead single only for it to stall at No. 2, when he previously rocketed to the top and stayed there with ease.

That last part—staying at the top—has been notably absent from Bieber’s Changes rollout. Now in its fifth frame, “Yummy” sits at No. 14 on this week’s Hot 100—one rung up from last week, but not exactly encouraging, considering Bieber’s Dan + Shay collaboration, “10,000 Hours,” is holding steady at No. 8 in its 18th week. Promotional single “Get Me,” featuring Kehlani, debuted at No. 93 this week, and while Changes’ second proper single, the Quavo-assisted “Intentions,” seems poised for a more robust debut, it hasn’t become the omnipresent conversation driver that “Sorry” or “Love Yourself” were. It’s telling that two of Changes’ first three singles feature other artists; on one hand, they help consummate Bieber’s pivot back to R&B, but perhaps these features also reflect the singer’s lack of confidence in the songs themselves.

Despite a less-than-stellar album rollout, Changes is all but guaranteed to debut at No. 1 next week with huge sales. As I previously noted, artists of Bieber’s caliber stream much higher in 2020 than they did in 2015, thanks to the sheer number of users on streaming services. As a product of the late 2000s, Bieber can also sell more physical albums than, say, Roddy Ricch, or even Drake on recent releases More Life and Scorpion. (Purpose sold 522,000 traditional copies alone, which is more than the overall debut sales of any No. 1 album in 2020.) Bieber is also bundling a copy of Changes with every ticket purchased for his massive upcoming tour, which is sure to jack up first-week sales.

Still, without raw excitement and momentum generated by dynamite lead singles, Changes may struggle to move as many units as Purpose in its first week—and it seems highly unlikely it will hit the 700,000 mark as I initially predicted. But maybe that doesn’t matter. Maybe 400,000 units in 2020 is just as impressive as 650,000 units in 2015. Maybe a No. 1 album is all that matters. Nevertheless, the music industry has evolved radically over the last five years, and Bieber has witnessed firsthand how a viral hit from an up-and-coming artist can throw a wrench into plans from superstars that have been months in the making. As Bieber’s album sales next week may demonstrate, some changes are harder to accept than others.

Cities In Poland And Italy Among Europe’s 100...