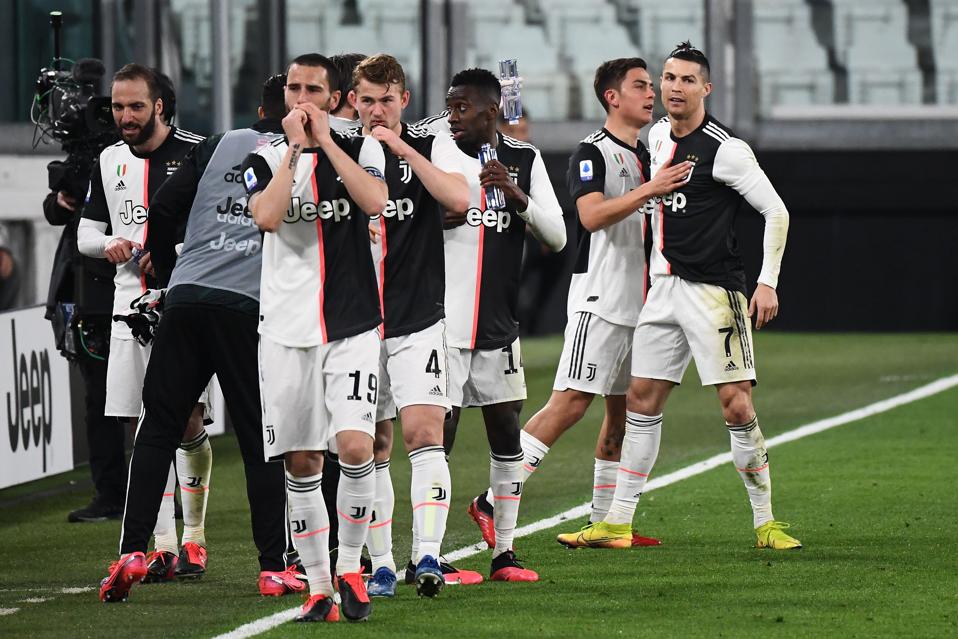 Juventus’ Argentine forward Paulo Dybala (2ndR) is congratulated by Juventus’ Portuguese forward … [+] Cristiano Ronaldo after scoring their second goal during the Italian Serie A football match Juventus vs Inter Milan, at the Juventus stadium in Turin on March 8, 2020. – The match is played behind closed doors due to the novel coronavirus outbreak. (Photo by Vincenzo PINTO / AFP) (Photo by VINCENZO PINTO/AFP via Getty Images)

There was a great deal of concern in both the Juventus and Inter Milan camps when defender Daniele Rugani tested positive for the coronavirus after the Old Lady’s 2-0 victory over Antonio Conte’s side in March.

Both Blaise Matuidi and Paulo Dybala later contracted the virus, resulting in the whole of the Juventus squad including management, coaching staff and players all going into enforced self-isolation.

All three players who have tested positive for the Covid-19 will remain behind closed doors, but owner Andrea Agnelli and the rest of the Juve staff including the players can leave their homes.

Rugani was the first of the playing staff to contract the deadly disease, whilst both Matuidi and Dybala later caught it. All have pledged to supporters they are recovering well and in great condition, despite their continuous fight with the illness. 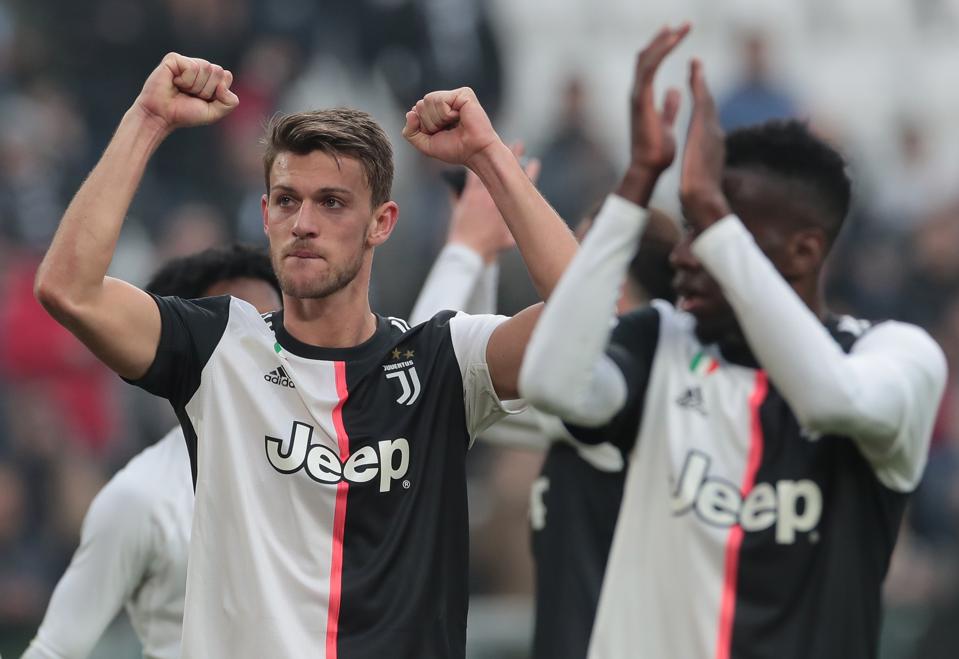 TURIN, ITALY – FEBRUARY 16: Daniele Rugani of Juventus celebrates the victory at the end of the … [+] Serie A match between Juventus and Brescia Calcio at Allianz Stadium on February 16, 2020 in Turin, Italy. (Photo by Emilio Andreoli/Getty Images)

Most recently, Dybala’s girlfriend Oriana Sabatini gave an update on the Argentinian forward, who has been prescribed vitamins and will have another swab test as he looks to fully recover.

“We’ve been in isolation for nine days. The doctors told us they would do another swab on March 31. In the meantime, they told us to rest and prescribed us some vitamins to take.”

Sabatini then unveiled the scope of the symptoms she experienced.

“It’s like when you feel the flu is coming, your whole body hurts, you feel tired. I didn’t have a fever because I always measured my temperature and I didn’t have one. I heard my lungs make a strange noise, then Paulo started to feel poorly too. The symptoms are flu-like, at least they were for us.”

The rest of the squad will now be able to look to regain full fitness but this will be done at home behind closed doors. They will all be expected to carry out strict and personalised programs that manager Maurizio Sarri along with his backroom staff have constructed for each individual.

With players being unable to train as Italy continues to be under lockdown, Sarri will be wanting his players’ fitness levels to be at their maximum, despite not knowing when this period of darkness is going to end.

Defender Leonardo Bonucci admits “these days have been tough”.

“I’m fine, but these days have been tough: self-isolation is over today. I showed no symptoms and I was lucky,” he told JTV.

“With my children and wife at home, the days have been eventful and we haven’t been bored. I’ve played in the garden with my son Lorenzo like we used to. These are things that you see a little less now, so it moved me. We’ve decided that now we’ll do it once a day.” 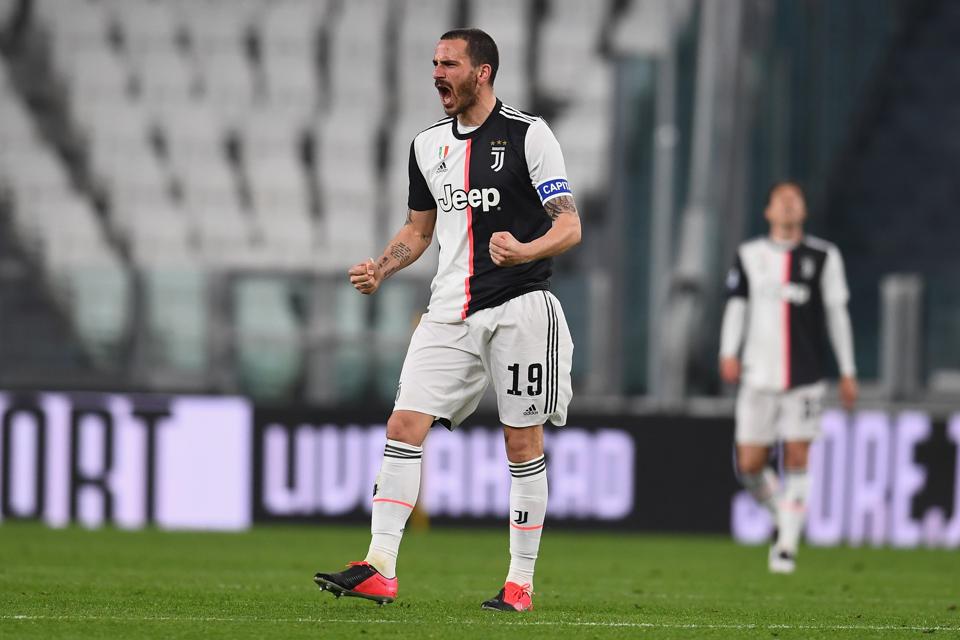 TURIN, ITALY – MARCH 08: Leonardo Bonucci of Italy of Juventus celebrates during the Serie A match … [+] between Juventus and FC Internazionale played behind closed doors at Allianz Stadium after the Italian Government has issued a list of new guidelines to help stop the spread of the Coronavirus COVID-19 on March 8, 2020 in Turin, Italy. (Photo by Claudio Villa – Inter/Inter via Getty Images)

“Every morning we get a little message with the exercises we have to do. I usually train around 3pm, first on some exercise bikes, then push-ups, abs and tractions. I’m also lucky enough to have a slope in my garden. That can be useful for a few repeated runs.

Five players remain away from Italy, the most affected country, with​ Cristiano Ronaldo, ​Gonzalo Higuaín, Miralem Pjanić, Sami Khedira and Douglas Costa all having returned to their respective homelands.

At some point yet to be determined they will be called back to Turin. When they do, each will have to undergo a 14 day quarantine period due to the laws put in place currently to fight the spread of the virus, meaning all will be behind Sarri’s proposed schedule. A factor which could prove critical to Juve’s defence of the Serie A title.