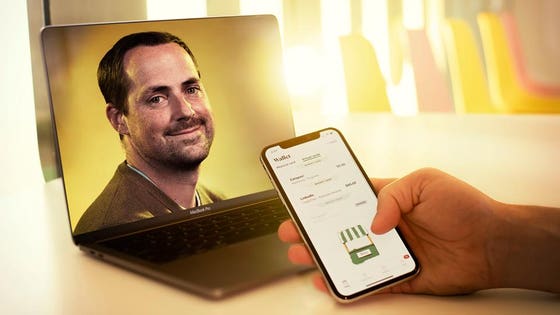 Back in 2015, Blake Murray was in Utah running six locations of restaurant chain Pizza Studio. He was 31, with three kids, and he was increasingly frustrated with the way expense reports from his employees would pile up, making it hard to keep track of spending. “I was like, ‘Are you kidding me?’ The tools were really really weak,” he says. “I couldn’t tell how we were doing financially until the end of the month.”

From that wad of crumpled up, fading receipts, Murray stumbled onto the spark of an idea for a startup: A fintech that could help small businesses kill the expense report. Excited, he quickly recruited his childhood friend, Alex Bean, who left his job in software sales to join Murray.

The result of their partnership: Divvy, which was featured on Forbes most recent compilation of Next Billion-Dollar Startups. The five-year-old Lehi, Utah-based company sports some impressive numbers: It’s raised $257 million in venture capital at a valuation that Forbes estimates at $800 million. Though it’s not profitable, it more than quadrupled 2018 revenue, generating more than $32 million in 2019. Murray and Bean, now both 35, have a combined stake in the business that Forbes estimates to be more than $240 million.

There’s a prototype of the entrepreneur that is studying all the technology trends…But that wasn’t Blake.

Because many small businesses don’t qualify for corporate cards – and many larger employers don’t want to give them to all their employees – lots of American workers end up shelling out their own money for business expenses, then waiting to get paid back. Divvy offers employees credit cards with limits determined by their finance managers, who set a budget for a project, and divvy it up (hence the name) among the staff. If workers want more cash, they need approval from the finance department to increase their allowance, stopping employees from “swiping first and asking for forgiveness later,” Bean says. The managers can keep tabs on the budget through Divvy’s software.

Best of all, no one needs to rummage through old receipts and waste hours of their life trying to remember the names and titles of everyone who was at a lunch four weeks ago. The existing expense account software was “a necessary evil to running your business,” says Murray. Divvy’s app would eliminate the need for expense reports—and do it for free.

Unlike expense-reporting competitors Concur and Expensify, which charge a per-user, per-month fee, Divvy makes money by sharing a slice of the underlying fee that merchants pay to banks and card companies on credit card purchases. Forbes estimates that Divvy receives half of the roughly 2% fee paid on every transaction.

“You can disrupt marketplaces very effectively with free,” says New Enterprise Associates managing partner Scott Sandell, who led the company’s most recent funding. “The traction they’ve gained in a short period of time is stunning.”

Murray grew up among the tech elite. His dad worked as an early employee in marketing and human resources at Apple and Microsoft. (Steve Jobs pushed Blake and his twin brother around in a stroller in the early 1980s; the whole family went to Bill and Melinda Gates’ 1994 wedding in Hawaii.) Yet Blake never showed much interest in building the next great tech company. He tried a variety of ventures after attending the University of Utah, including investing and running restaurants. “There’s a prototype of the entrepreneur that is studying all the technology trends, and reading entrepreneurial magazines and so forth. But that wasn’t Blake,” says his dad, Mike Murray.

Whatever a CFO needs to do on a daily, weekly, monthly or quarterly basis, they should be doing it through Divvy.

But Blake Murray was so annoyed by the pain of employee finances that he decided to do something about it. Bean was the perfect partner. They had been friends since sixth grade, they were both now living in Utah, both were twins with small children of their own – and, crucially, Bean knew the software industry.

In late 2016, they began pitching their idea to banks. DivvyPay, as they first called it, would bring in hundreds (if not thousands) of new small business customers a month, making it worthwhile for the bank to share its fees. The bank executives were intrigued. “You can see them lean forward and their eyes light up, and we knew we had something,” Bean says of an early meeting. They eventually lined up Portland, Maine-based Wex (market cap of $9.5 billion) as their credit card backer.

To lure small businesses, Divvy offers not only a new business model, but also big credit-card perks. Traditionally, corporate cards don’t offer the high rewards of personal credit cards. Like most consumer credit cards, Divvy lets users rack up points that can be redeemed for gift cards, travel or cash. “Divvy has some really eye-popping reward rates,” says Ted Rossman, industry analyst at CreditCards.com. Divvy’s perks are even more generous than those of San Francisco-based Brex, a $2.6 billion-valuation startup that customizes corporate credit cards, but with a $5 per user monthly fee.

Murray bristles at the comparison to Brex. He says that Divvy’s software sets it apart and that there’s plenty of room in the $500 billion small business credit card market for multiple winners. But there’s still risk in tying revenue to the card, and the model has been experimented with before. San Francisco-based Expensify, which sells expense-reporting software,  tested its own corporate card back in 2008 and dropped the effort because it was too hard to differentiate itself in a sea of plastic. It waited more than ten years before releasing a new corporate card last fall.

Still, Murray and Bean are getting some traction: More than 4,500 businesses, including WordPress, Habitat for Humanity, and Georgetown University, have signed up.

In the longer-run, Murray sees expense reports as a Trojan horse to break into businesses’ finance departments. “Whatever a CFO needs to do on a daily, weekly, monthly or quarterly basis, they should be doing it through Divvy,” he says.

In his sparsely decorated office, he shows off a list of industry stalwarts, including Intuit’s Quickbooks accounting software and the American Express corporate card, that he hopes to replace. He’ll face tough competition from incumbents and fintech startups alike, but he believes Divvy’s features, and new programs like one that lets customers pay bills and invoices from its dashboard, will make it as indispensable as Salesforce. “When customers get it,” Murray says, “They say, ‘Holy crap, this does more than we thought it was going to do.’”