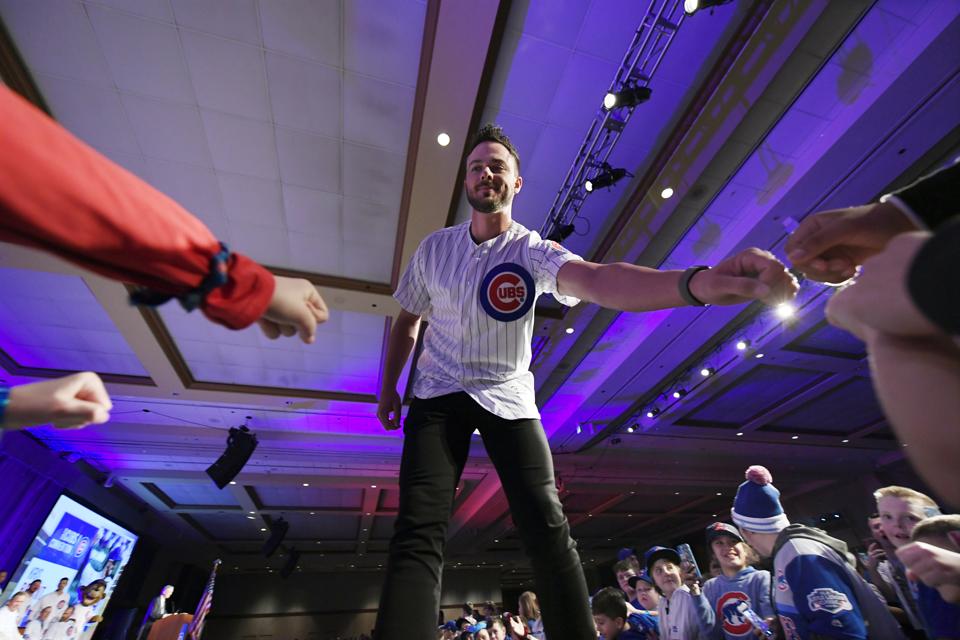 For the entirety of baseball’s off-season, the Cubs’ standing with third baseman Kris Bryant has remained mired in uncertainty as both the franchise and the former National League MVP awaited on an arbitrator’s decision of how long Bryant would remain under club control.

At stake was whether Bryant would be able to seek free agency following the upcoming season or whether the Cubs would maintain control of Bryant for another year – a matter that was tied up in a service time grievance Bryant had filed more than four years ago.

On Wednesday, ESPN’s Jeff Passan reported that the arbitrator has sided with the Cubs in a decision that, according to ESPN, will go public in about a week. While the decision isn’t necessarily a surprise as many pundits expected Bryant would lose his grievance, which sought him to be able to play the free agent market after the 2020  season, it does provide both sides with some clarity moving forward.

Ten days ago, Cubs manager David Ross said he expected Bryant to be part of his opening-day lineup. Bryant, who will earn $18.6 million this season, has been at the center of trade talks for much of the offseason. But as several other notable third basemen, including Josh Donaldson (four years, $92 million with the Twins) and Nolan Arenado (eight-year, $255 million extension with the Rockies) were either moved or agreed to new deals with the current club, how Bryant’s future with the Cubs would play out hovered over potential deals. The Cubs were reportedly involved with talks with the Braves about Bryant early in the offseason, but it was widely reported that the Cubs asking price was too steep.

With Bryant now under club control until after the 2021 season, the team can now seek a much bigger asking price for Bryant, who filed the grievance after his rookie season in 2015 when the Cubs brought him up from their AAA minor-league affiliate on April 17 after Bryant spent two weeks in the minors. Had the Cubs called him up a day earlier, Bryant would have been able to claim 172 days – or a year’s worth of service time – and seek free agency after the 2020 season.

How this all impacts Bryant’s future on Chicago’s North Side remains unknown. For a second straight offseason, the Cubs have not chased after big-name free agents as chairman Tom Ricketts is seeking to keep the Cubs under baseball’s luxury tax. After boasting baseball’s second-highest salary tally behind the Yankees in 2019, the Cubs will head into 2020 as baseball’s fourth-biggest spenders at $183 million. The three teams in front of them – the Yankees, Red Sox and Astros – all have payrolls exceeding $200 million.

Despite being under the $200 million threshold, the Cubs still have a number of big-number contracts including Jason Heyward, Yu Darvish and Jon Lester.

Bryant hit .282 with 31 home runs and 77 RBI in 147 games last season and has proved to be a versatile performer for the Cubs, who have used the 28-year-old in both the infield and outfield.

Cubs president Theo Epstein said at the recent Cubs convention that the team loves having Bryant as part of the club and assumed that Bryant felt the same way. Epstein, who characterized Bryant’s time in Chicago as “extremely successful” has avoided the temptation to jump into conversations about Bryant’s future with the team, especially in the midst of all of the trade rumors that continue to swirl.

“Rumors are rumors until they’re not,” Epstein said in an interview with Chicago’s 670 The Score earlier this month. “There has been so much outside speculation about this for a guy who has always been a Cub and has still been a Cub and has been really productive as a Cub. So I don’t think that’s the right way to look it. I think it’s, ‘Hey, let’s enjoy the great career that he’s had and hope that he’s in a Cubs uniform for a long time.’ If the day comes that he’s not, it was probably for a reason, one side or the other. We’ll continue to treat him and everybody with respect.”

What Will Next Year Bring? Here’s A Bold...