Learning To Fly With The Birdies Behind ‘Troop Zero’ 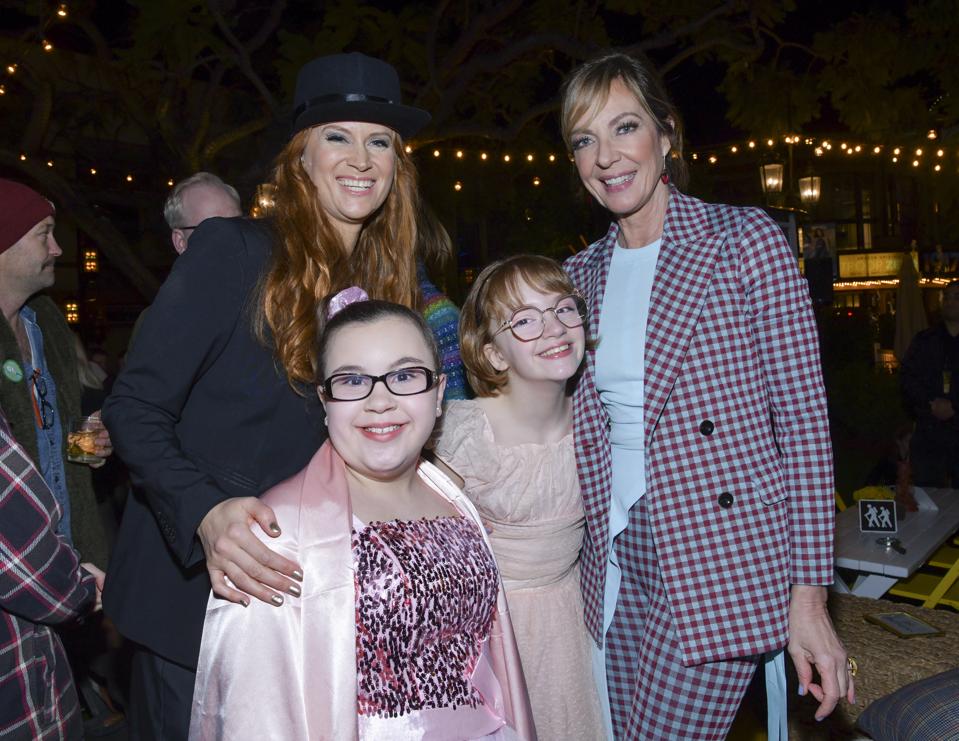 Troop Zero is a film about finding your tribe and “your truth” according to actress McKenna Grace. The story of a misfit group of Birdie Scouts growing up in 1970s Georgia and their dream of landing on NASA’s Golden Record is at the heart of Amazon’s Troop Zero, but it also opens up discussions about our disconnected interest in space in a world of privatization as well as the age old question of what it means to be the perfect woman. Grace, actor Jim Gaffigan, Troop Zero’s screenwriter Lucy Alibar, and directing duo Bert & Bertie sat down to discuss tackling these issues with a film that, at the core, is about having a fun adventure.

The overall tone when talking to Troop Zero’s cast and crew is that of warmth. When directors Bert and Bertie read Alibar’s script they saw themselves. “We were weird as brownie scouts. We were outsiders; we were different,” Bertie says. For years they felt they had to fall in line with the popular crowd, a story they believe nearly everyone can relate to, and in reading Alibar’s tale of a little girl named Christmas Flint (Grace) and her dream of being on the Golden Record they found “a deeper message behind the fun,” according to Bert. They made a pitch that “showed our creative hearts to the producers in the room” and the rest was history.

For Alibar, best known as the scribe behind Beasts of the Southern Wild, she knew she wanted to make a movie about children and her hometown in Florida, but she also found herself pulled into the world of the Golden Record, a phonograph record sent into space as part of the Voyager mission containing a time capsule of life on Earth meant to teach any alien life about us. “I just couldn’t get this idea of the Golden Record out of my head and this imagination of what I would have done if I were nine years old,” Alibar says. “How would that have changed my life to know that this opportunity was out there.” The rapid changes that have come to the South have been, in part, because of the rise of the internet, which Alibar says she wanted to go back and revisit.

Though the story isn’t autobiographical, per se, Alibar utilized elements of her life for the story, including making Christmas’ dad, Ramsay, played by Jim Gaffigan, a criminal defense attorney who works out of the house like Alibar’s own father did. Gaffigan, for his part, wasn’t just drawn to the feature because he got to work with Viola Davis but how his character was written by Alibar. He considers Ramsay “a flawed yet well-intentioned father…who would do anything for his kids.” He wouldn’t be caught up in the gender discussions of the 1970s, right down to volunteering to help Christmas and the Birdie Scouts by being their troop leader. It’s just one element that showcases the wacky yet inclusive world Troop Zero wants to focus on. McKenna Grace explains that much of what makes the movie so positive for viewers is how it espouses the idea that it’s “okay to be yourself.” In a world where she says her interaction with social media is limited due to cyber bullying, Troop Zero emphasizes that if people in society can’t accept you, it’s up to you to go out into the world and find people who do.

For Bert and Bertie, as well as Alibar, much of this is bound up in how women, specifically, are forced into a societal ideal. Christmas is a girl who loves stories, according to Alibar, but that imagination is at odds with the aesthetics of the Birdie ethos as espoused by Allison Janney’s character, Miss Massey. The notion of what makes a proper little girl is something “I don’t think we’ve grown out of,” says Alibar. Beauty isn’t owed to anyone and yet there is still a reliance on physical appearance as a means of perpetuating goodness. Furthermore, “we’ve been told culturally that girls can be mean to each other,” Bertie says, “But we’ve also not been told that we can find our girls and work together, and that we’re stronger together.”

And it’s hard to deny the desire to showcase Christmas’ interest in space. In a day where space travel is now open to tourists with deep pockets and NASA doesn’t send rockets into regular exploration, Troop Zero reminds us of a time where scientific wonderment was encouraged. Space represents not just that “we’re part of the huge, expansive universe” according to Bert, but also Christmas’ desire to connect with her deceased mother. Taking the large and transitioning into the niche, in terms of making Christmas’ quest connect with her individually, was an element that came late to the directors but presents a unifying theme. Gaffigan agrees with its necessity, calling Christmas “the scientific dreamer,” illustrating how science can be a medium for creativity.

Everything about Troop Zero is meant to charge your heart. McKenna Grace enthusiastically mentions that the child cast keeps in touch and, if anything, the filming of Troop Zero has turned a group of actors into lifelong friends. There’s plenty to wonder in the universe, but Troop Zero reminds us that we’re less alone together.

Where To Learn More About Coronavirus And Influenza:...

3 Bargain NFL Receivers And 3 Busts, From...