Home Business Legal Look: Mason Rudolph Could Sue Myles Garrett For Slander Over Alleged Use Of The N-Word
Business 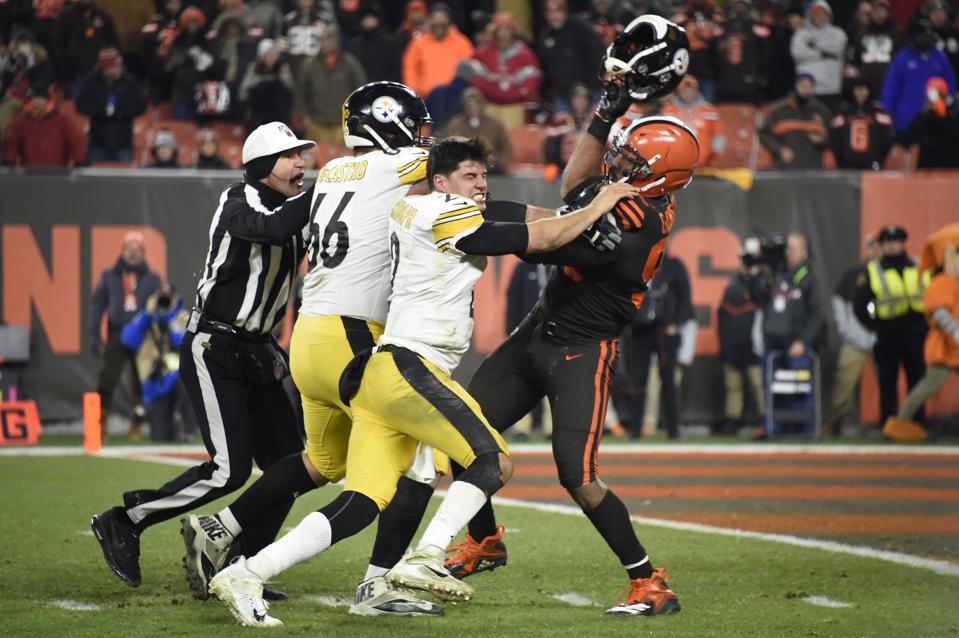 Myles Garrett continues to maintain that Mason Rudolph used a racial slur that sparked a massive brawl, leading to Garrett’s six-game suspension. The Cleveland Browns defensive end first alleged Rudolph used the slur when he met with the league over his on-field discipline. Earlier this week, Garrett doubled down in an interview with ESPN’s Mina Kimes.

Defamation: What You Need To Show

Defamation refers to a false statement that is likely to lower the reputation of a person in the eyes of reasonable people. The law protects your reputation against defamation. If you are defamed, you can sue for monetary damages. Slander is a form of reputation that captures the spoken word; libel refers to defamatory statements made in writing, which doesn’t apply here.

Beyond establishing that the statements were false, there’s an added layer for Rudolph since he’s a public figure. That layer is actual malice.

As a public figure, Rudolph would need to show that the comments were made with actual malice. This doesn’t mean that there was a diabolical plot hatched under the cloak of darkness to destroy Rudolph. Rather, the quarterback needs to establish that the statements made by Garrett were made knowing they were false, or at the very least, with a reckless disregard for the truth.

So bottom line, Rudolph needs to establish the following three elements to succeed in a defamation lawsuit against Garrett:

1) Garrett made false and defamatory statements about Rudolph;

2) The statement harmed Rudolph’s reputation; and

3) The statement were made with actual malice (i.e., knowing it was untrue or with a reckless disregard for its truth).

Rudolph: His Case For Defamation

The use of the n-word is contemptible. The word is so profoundly offensive that merely being accused of using it can cause irreparable harm to a person’s reputation.

Courts take reputation very seriously. Time and time again, courts have held that an individual’s good reputation is to be cherished above all else and a reputation tarnished by defamation “seldom regains its former lustre”.

Rudolph certainly has a basis to proceed with suing Garrett for defamation. The NFL’s investigation into the incident found no evidence that Rudolph used a slur. As part of that, the NFL determined that no player on the field could corroborate Garrett’s claims.

That being said, this is not a straightforward case for Rudolph. While Rudolph may not have used the n-word, Garrett could claim that he believed he heard him use the n-word. Given that Rudolph would need to establish actual malice (i.e., Garrett knew the accusation was untrue or made the statement with a reckless disregard for its truth), the lawsuit may fail so long as Garrett had a genuine belief he heard the word. With all the noise and turmoil on the field, it’s not an unreasonable defence. Still, Rudolph would argue, you had better be very sure before you sit down with ESPN make that type of inflammatory claim.

Litigation can also get expensive, long and uncertain. Indeed, litigation is typically unpleasant. As part of an action, Rudolph would be deposed (testify under oath), which is not for the faint of heart. In a deposition, Garrett’s legal counsel would be trying to get information from Rudolph that they could later use against the quarterback. That would include any statements that could be manipulated to depict Rudolph as being racially insensitive. Even if Rudolph has nothing to worry about, depositions can be unpredictable.

Ultimately, Rudolph has a reasonable basis upon which to sue Garrett. Whether he prevails is a different question. Garrett may have a good defence if he genuinely believed he heard Rudolph utter the n-word.

Of course, there are a number of different ways to define ‘success’. Merely filing a lawsuit may serve as a clear declaration by Rudolph that he never used the n-word. That could present as an effective form of PR should it become necessary.

In place of a lawsuit, Rudolph may have been advised to take his defence to Twitter, which he has done.

Moving forward, Rudolph and his team may monitor for any long-term reputational damage. If they see this isn’t going away, they could then consider suing Garrett.

So while filing a lawsuit at this point seems unlikely, it can’t be completely ruled out if Rudolph believes he is not believed.

Why The Oakland A’s May Trade Blake Treinen,...

This Ain’t Your Grandfather’s Lettuce: Meet The Farm...

From London To New York, How Empty Hotels...