‘Little Women’ Is A Great Business Movie For Everyone—Especially Men 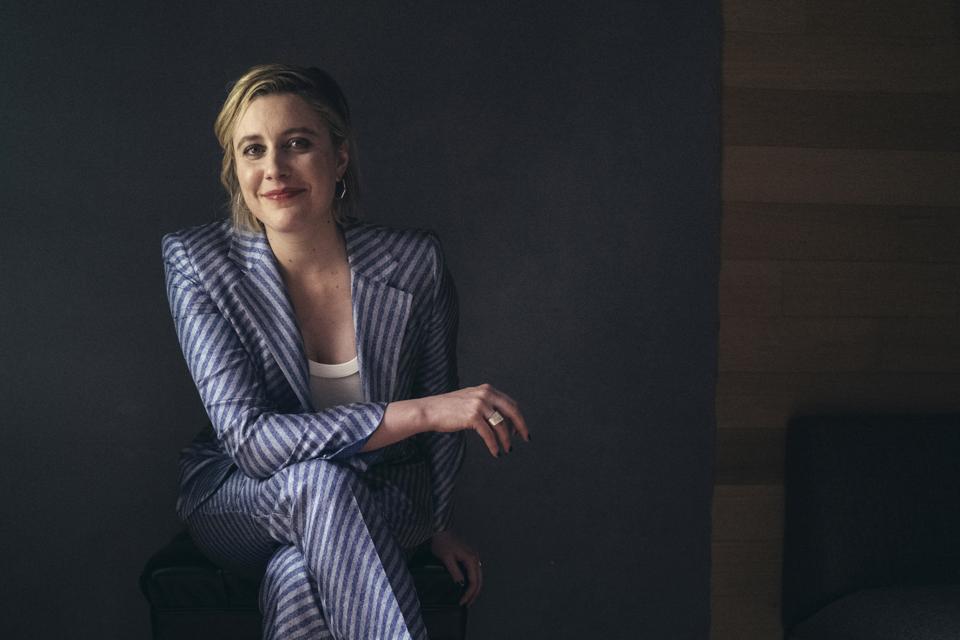 The first image you see in Greta Gerwig’s new adaptation of Little Women is a book, with a beautifully embossed rich red cover. Gerwig subtly signals that this object, like the black monolith of 2001: A Space Odyssey, is the real hero of the film. The embossed book, we will learn, is the tome Little Women itself. The film we are about to see is the story of how Jo March and her family embarked on a journey that would lead to this entrepreneurial triumph. In the end, Jo hugs not her husband or children, but her creation. We can metaphorically feel director Gerwig hugging her film project and effortlessly conveying the sense of pride and wonder that drives every entrepreneur to make the sacrifices necessary to achieve their vision. Steve Jobs might have embraced his iPhone the same way. 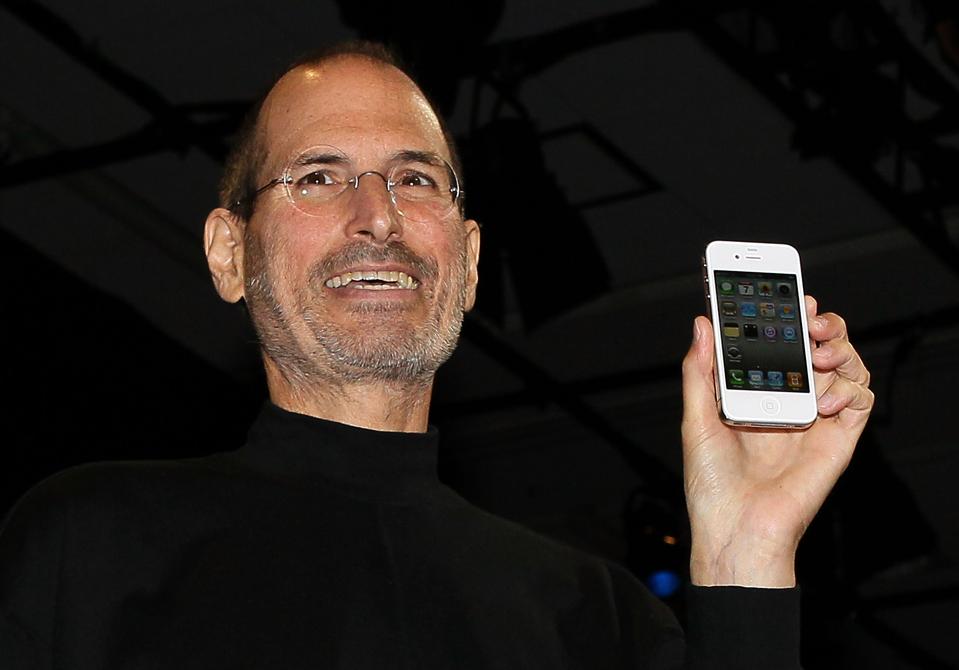 Every entrepreneur knows the pride of creation. Steve Jobs with the iPhone (Photo by Justin … [+] Sullivan)

When my daughters entreated me over the holidays to watch Little Women with them, I didn’t expect to see a revelatory film about business and the challenges of being an entrepreneur. Like most men, Little Women has played less than a cherished role in my literary canon which has been more likely to be filled with Hemingway that Alcott. But within minutes, I was hooked, not just by the artful editing which weaves the story back and forth thrillingly through familiar territory, or by the gorgeous scenery filmed on-location in New England, but by the business challenges that Jo March, an intrepid and determined iconoclast in a society that has predetermined roles for its players, faces and defeats again and again.

Like most entrepreneurs, Jo March has a knack for improvisation.

While male characters are secondary, and often seen as foils for the determined women, they are also written with understanding and empathy. Publisher Mr. Dashwood, played by Tracy Letts, gives Jo harsh advice when he finds her work too wordy and maudlin, yet he is attuned enough to the market to listen to his daughters when their enthusiasm causes him to reconsider Jo’s rejected manuscript. He treats March seriously, though with skepticism, not because she is a woman, but because she is not yet a good writer. His prejudice is toward serving his customers. 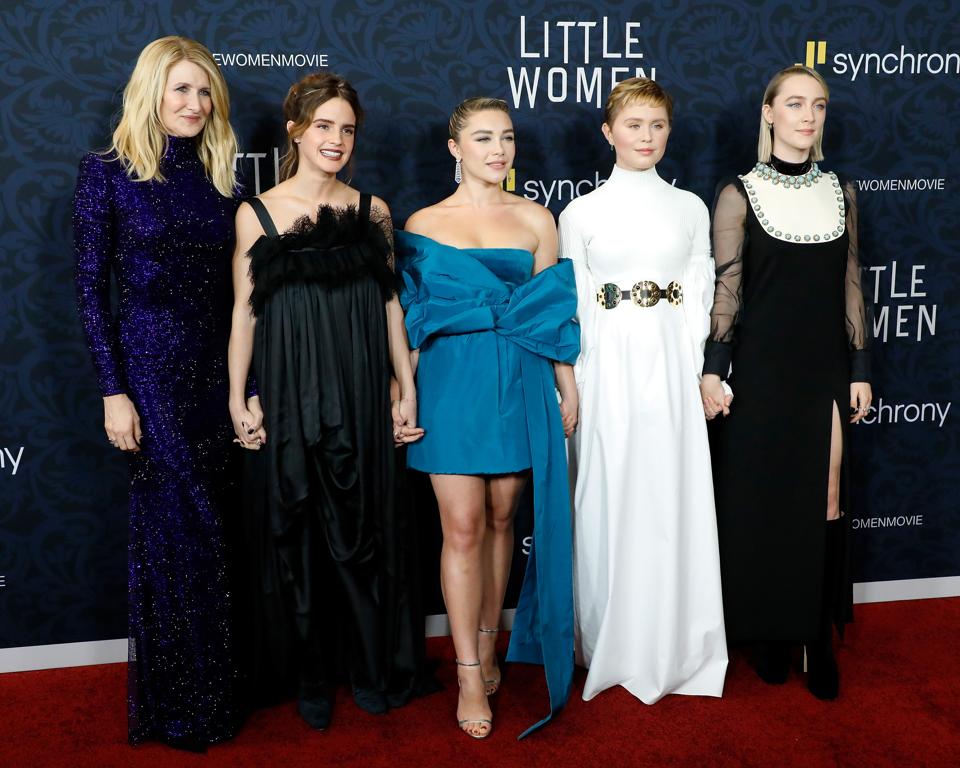 Like most entrepreneurs, Jo March has a knack for improvisation. When her family needs money with her father away, she sells her hair rather than simply quitting or begging for a handout. She rejects the advances of the rich Laurie because she is aware enough of her own passions and limitations, and respectful enough of him as a friend, that she can see that their union would only offer boredom and acrimony, rather than the inspiration and joy that she seeks in life.

Every entrepreneur can recognize Jo’s instinct to strike out on her own to make her fortune in dirty, crowded New York rather than accept a genteel and easy life in Concord, Massachusetts where she is from. Excitement and enterprise rather than comfort and conformity drive her.

Gerwig imbues all of her characters with understanding and respect. Amy, often depicted as vain and immature, is especially notable in this version of the film, in a breakthrough performance by Florence Pugh. While Amy is childish and narcissistic as a youth, during her stay in Paris with her aunt, she comes to the realization that she will never be a great artist, and will therefore need to marry for her station in life. Despite this fact, she still determines to marry for love rather than just money. Her journey of self-knowledge is almost as impressive as Jo’s, and her role as sister, wife, and teacher in Jo’s school is a triumph of making the most of her ability, rather than lamenting her failure to achieve her initial goal of becoming a great painter. She gave her dream a shot and wisely tempered it to meet the realities of the marketplace.

Meg, who marries beneath her station and suffers financially because of it, still professes satisfaction with her choices in life. She is living a life of her own volition. Even long-suffering Beth makes the choice to die on her own terms.

Gerwig has given choice and agency to all of her characters.

Gerwig has given choice and agency to all of her characters. The result is a story of empowerment that appeals to everyone, including men. In Gerwig’s world, the women are powerful, but can also admit to being lonely without the company of men. The men can be inept, but also redeem themselves and grow with knowledge gained from women.

As the film concludes, we come back to the tome itself. Gerwig shows the pages being printed, cut and bound—lovingly reified into an object of beauty that can be admired and held by our protagonist. And in the final image of the film, Jo holds her creation and looks away with an enigmatic visage that calls to mind another masterpiece of great art—the smile of Mona Lisa. It is the smile of satisfaction in a job well done that every entrepreneur, male and female, can recognize and appreciate.

Ready to Take the Entrepreneurial Leap? Read This...