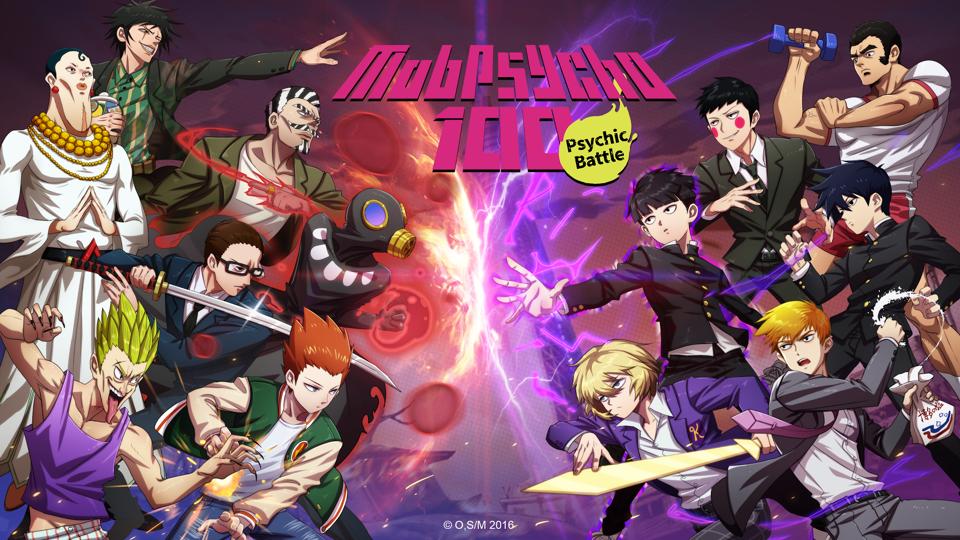 You will be able to collect more than 80 playable characters in “Mob Psycho 100: Psychic Battle.”

Missing Mob Psycho 100, the breakout anime hit about a shy ESPer boy? Starting today, you can continue where the show left off in its English language phone game.

Crunchyroll Games, a subdivision of anime streaming service Crunchyroll, announced the free-to-play title last summer. Though it was originally slated to come out in Fall 2019, delays pushed the launch date of “Mob Psycho 100: Psychic Battle” to January 9, 2020.

Part turn-based RPG, part interactive story, the game follows the titular Mob’s daily life. With dialogue and narration from the show’s original voice actors, the game is designed to feel like a continuation of the story in the Mob Psycho 100 anime.

Like most free games, there will be microtransactions in the “Psychic Battle” game that will allow players to unlock psychic abilities, recruitment coupons for one of the 80-plus playable characters, and limited character frames. However, these features will also be available through gameplay. Prospective players (like me) who have pre-registered for the game ahead of time have already unlocked some of these items and abilities. If you’re wondering whether the game is still playable without microtransactions, stay tuned for my review.

More than 40,000 people have already pre-registered for “Mob Psycho 100: Psychic Battle,” and players in Canada and Australia have already unlocked a preview version of the game.

The game is now available for download in the Apple Store and Google Play stores in the U.S. and its territories, Australia, New Zealand, Canada, Denmark, Finland, France, Germany, Ireland, Netherlands, Norway, Sweden, and the United Kingdom.