Home Business Many Coaches Don’t Like The NBA’s Challenge Rule, Will It Be Back Next Season?
Business

Many Coaches Don’t Like The NBA’s Challenge Rule, Will It Be Back Next Season? 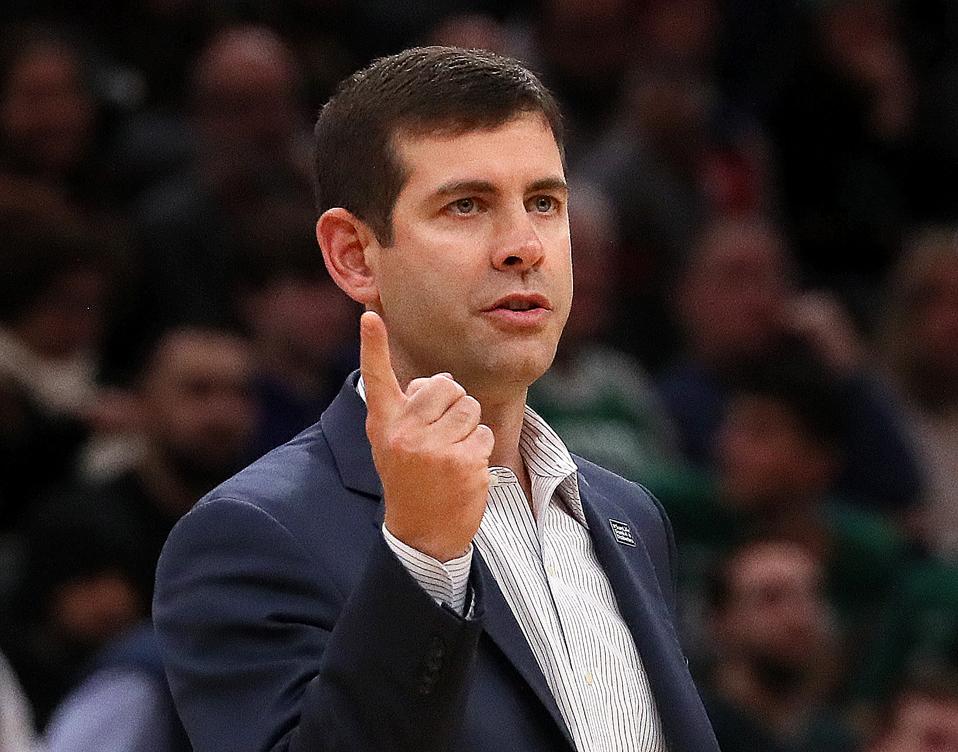 It’s not exactly the best-kept secret in the NBA that coaches don’t really like the league’s new challenge rule despite a 44% success rate, as I reported last week. And it’s very much up in the air whether NBA Rule No. 14, here on a one-year trial basis, will be back for the 2020-2021 season.

“I don’t love having to worry about the referees and their decisions,” said Brooklyn Nets head coach Kenny Atkinson. “I don’t like the whole process.”

To quickly recap what the whole process entails, coaches get one challenge per game that they can use if they don’t like a foul call, an out of bounds ruling or a goaltend/basket interference.

“I don’t like it,” said Miami Heat head coach Erik Spoelstra. “The league wants us to do it, so I’m not making a big deal about it. We do it. I think it’s another thing that just slows things down.” 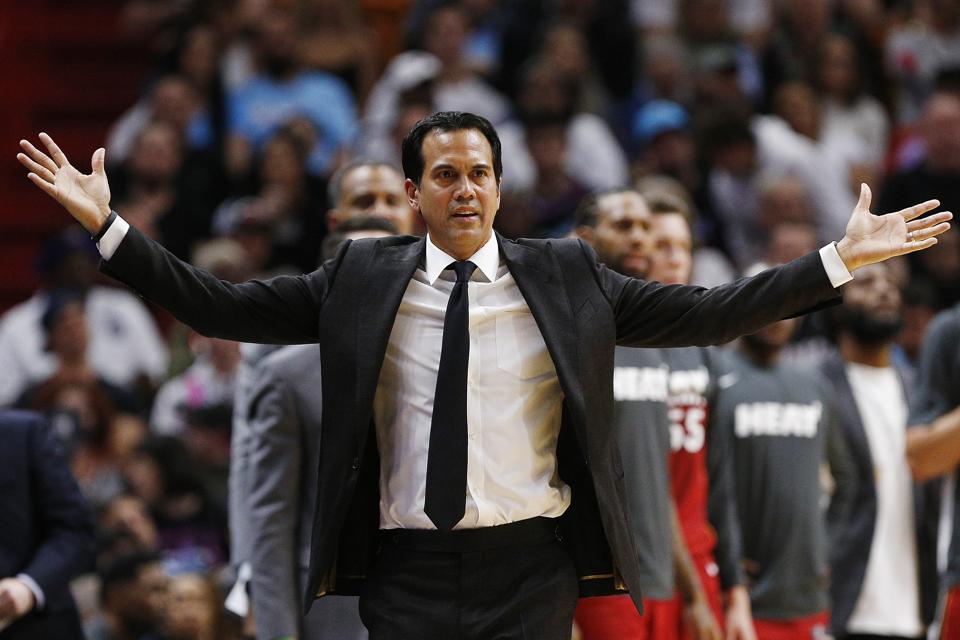 Miami Heat head coach Erik Spoelstra is not a fan of the coach’s challenge. Photo by Michael … [+] Reaves/Getty Images

Because of the challenge rule, there are 0.5 more timeouts per game as of Martin Luther King Day, according to Joe Borgia, the NBA’s senior vice president of replay and referee operations. So games are definitely longer this year due to that and, interestingly, an uptick in traveling violations being called.

So the NBA is in a bit of a catch-22 on this issue. The league wants to get more calls right, but is also trying to optimize game flow as much as it can. This dynamic is just one of many things the Competition Committee will weigh when it decides what to do with the rule. It can either make modifications and make the rule permanent, make it an experimental trial rule for another year or scrap it altogether. All options are on the table at this point, the league said.

“One of the reasons that we felt comfortable creating a very concise, tightly-written rule, is that since it was an experimental year to put this in,” said Monty McCutchen, the NBA’s vice president of referee development and training, “it would give us a year of data to see when and where it needed to grow, contract, to serve the game at the highest level.”

A major complaint coaches have about the current challenge rule is not getting an additional challenge if your only challenge is successful.

“If you’re gonna win the challenge, you should be able to keep challenging until you lose,” said Oklahoma City Thunder head coach Billy Donovan. 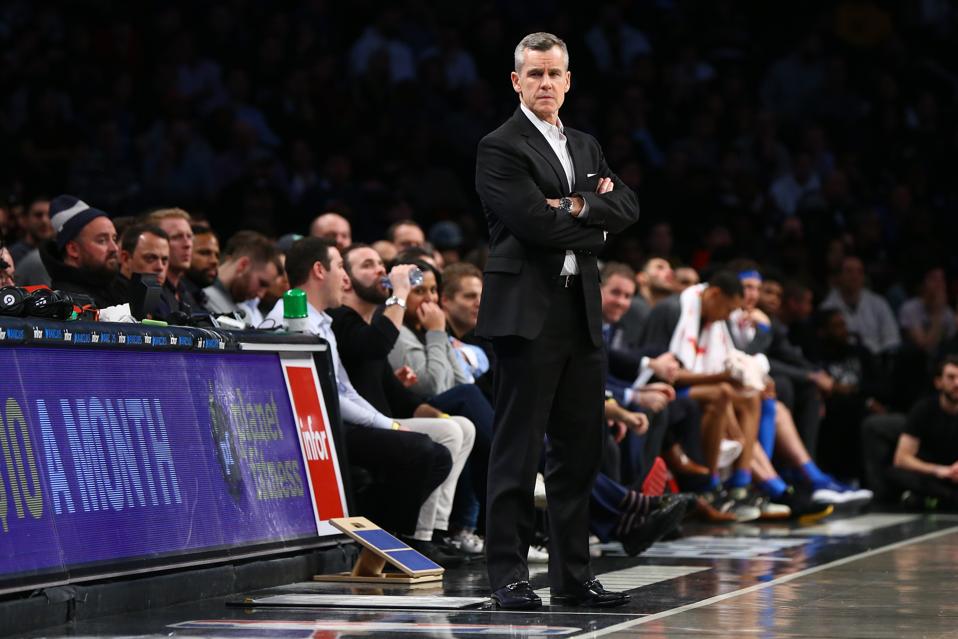 Oklahoma City Thunder head coach Billy Donovan is not the only coach who thinks that you should be … [+] able to challenge calls until you lose one. Photo by Mike Stobe/Getty Images

Again, the league cited flow as the reason why coaches only get one challenge per game this season, trying to balance that with getting more calls right.

“One of the criticisms that we’ve heard in the past that replay interrupts game flow,” McCutchen said. “And we want these things to add to our game, not detract.”

When the challenge rule was first implemented in the G-League, Borgia said, coaches could challenge until they lost one. So they’d challenge an obvious error early on in the game just to get another one later on, making games longer than the NBA was comfortable with. So the league then limited G-League coaches to one per game.

“We have spent so much time and energy the last few years improving the flow by cutting timeouts, making them shorter, don’t let the free throw shooter walk above the 3-point circle. Just so many little things,” Borgia said. “And I think the feeling was when we put so much into that, we brought the game time down, we’ve had a better flow to the game. To now implement something that is opposite of all of that, let’s do it with the least amount of damage.” 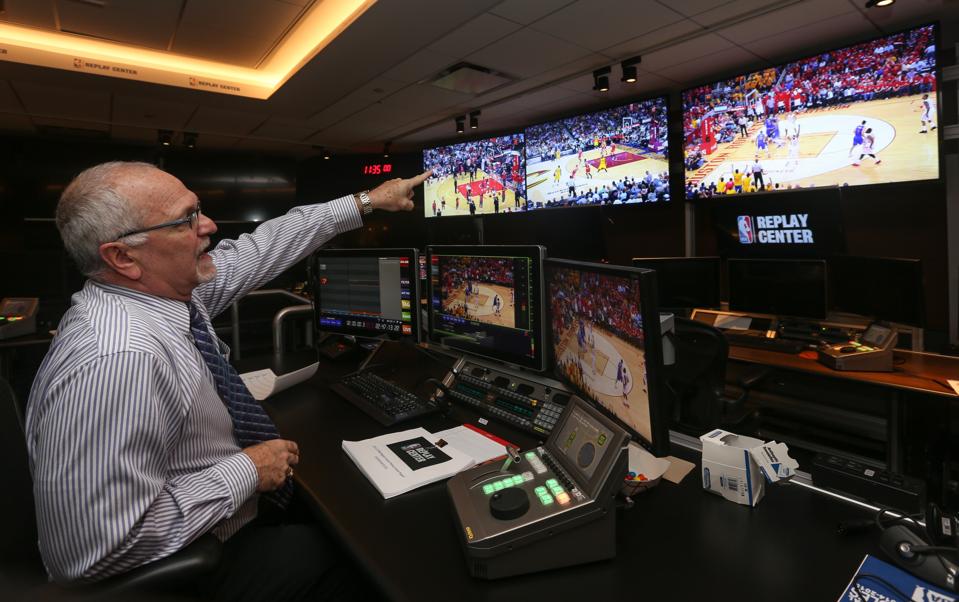 Joe Borgia will give his recommendations to the Competition Committee on how the challenge rule … [+] should be used going forward, if at all. Photo by Cem Ozdel/Anadolu Agency/Getty Images

The Competition Committee, which is made up of governors, league officials, players, coaches and team executives, will have at least three more meetings to determine the fate of the coach’s challenge rule. There will be one conference call in the beginning of February, one during the Finals and a huge in-person meeting in July during the Las Vegas Summer League. Borgia and McCutchen are responsible for delivering detailed reports and giving recommendations to inform all parties involved on what the best course of action will be moving forward.

“I think it’s important to have a year of sort of seeing how the rule will play out in real time with real people making these decisions that have consequences,” McCutchen said.

If a few coaches I spoke with have their way, the challenge rule would definitely be a one-and-done.

“Because it’s been challenging for all the coaches,” Donovan said, “my guess would be is you’re probably gonna have a lot of the league vote to not have it.”

“From my perspective it’s like man, I wanna coach my team, focus on my team,” Atkinson said. “And I can live with the imperfection of it.”

As of now, everything is on the table. Perhaps more calls will be eligible to be challenged on a permanent basis next year. Maybe it’s kept on a trial basis for an additional season. Or in 10 or 15 years from now, we’ll laugh at how the challenge only lasted one season and players, coaches and fans were seen twirling their fingers whenever they thought the referees messed up.

“Replay does assist us in getting more plays right, there’s no doubt about that,” McCutchen said. “And we think the coach’s challenge adds a piece in getting more calls right.”

As Borgia monitors challenge calls on a nightly basis, he’s still working on how he feels about the rule.

Perhaps things change over the second half of the regular season and the playoffs that makes the fate of the coach’s challenge for next season more predictable. But as of right now, things are very much up in the air.

“Is it really working?” Borgia asked. “I guess it depends on who you talk to. I can’t even say yes or no.”

2020 Travel Tips: Smart Ways To Save Money And Time

Three Ways To Ensure Your Career Success At...

Demetrius Andrade Is The Man Canelo And GGG...