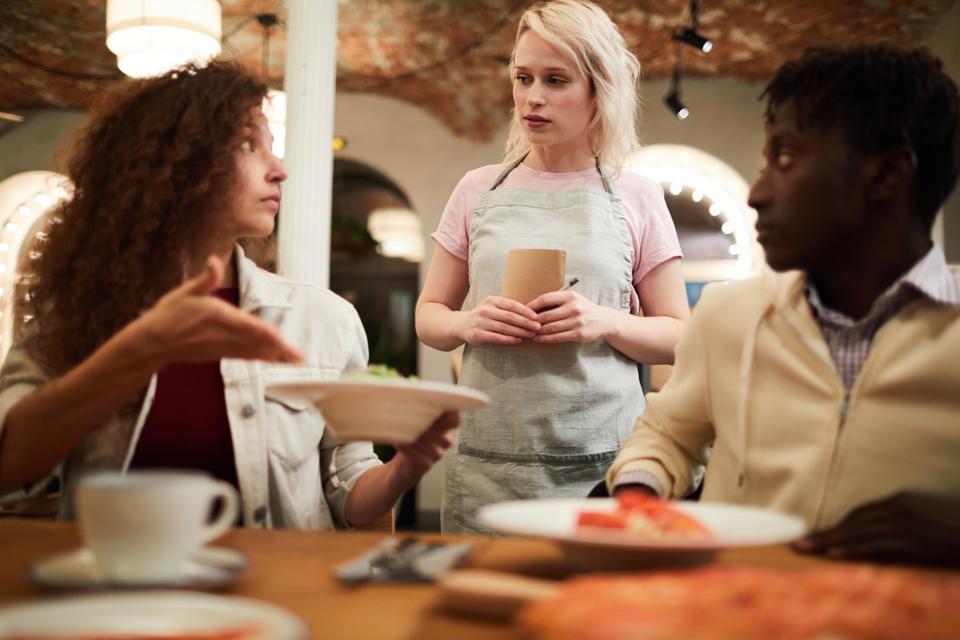 It’s one thing for people to say they had a bad meal, but when they refer to it as the worst meal, I … [+] knew it had to be bad.

There used to be a restaurant across the street from where I live. I asked several people about it, and almost all of them said, “It’s the worst restaurant I’ve ever been to.” Those are mighty strong words. It’s one thing for them to say they had a bad meal, but when they refer to it as the worst meal, I knew it had to be bad. As for the few who didn’t say it was the worst, none of them said it was good. I asked even more people and not one said anything good about the restaurant. Nobody!

What did this restaurant owner do? Ramped up his advertising and marketing. What he didn’t do was fix the problem: bad food. I’m reminded of the Humpty Dumpty nursery rhyme:

If the “king’s horses and king’s men” represent advertising and marketing in our analogy, even the best ads weren’t going to fix the problem. To quote another old saying: You can put lipstick on a pig, but it’s still a pig. The restaurateur’s promotional efforts got more people into his restaurant, but unfortunately, they experienced the same bad food. Big mistake! The first thing he should have done was to fix the food.

Dipanjan Chatterjee, VP and principal analyst at Forrester, recently shared a summary with actionable takeaways, including Marketing Can’t Fix What’s Broken. Chatterjee states, “Too many times, brands attempt to distract, cover-up, and compensate for fundamental flaws with mass marketing. And it doesn’t work.”

Forrester uses Facebook’s 2018 Here Together campaign as an example of how a marketing plan meant to apologize to its customers fell short with no acceptance of responsibility. While Facebook is still in business, Chatterjee believes the “erosion of trust will sink the brand over time if it doesn’t make a significant effort to fix the leak.” In other words, there’s a difference between making a statement and taking action to fix a problem.

Consider what the best brands do in a PR crisis. They acknowledge the situation, apologize for what happened, explain what will happen next, accept responsibility and ownership of the situation and move quickly toward resolution. While they may go into “brand repair” mode with increased publicity, advertising and marketing, they also take steps to fix the problem.

One of my favorite examples (which I’ve written about in the past) is the Starbucks incident that happened in Philadelphia less than two years ago. It was so big that everyone remembers it as if it were yesterday. Two black men were waiting on a friend for a business meeting when they were erroneously arrested because a manager thought they were loitering without making a purchase and refusing to leave the store. What happened afterward was a brand-crisis management lesson for the books.

Howard Schultz, Starbucks’ former chairman and CEO, reacted perfectly. He did what needed to be done, reacting quickly to mitigate the bad publicity that comes from an incident involving racial bias. But that wasn’t all. In short time, Schultz shared what Starbucks would do to fix the problem, which was to shut down the entire North American operation for three hours one afternoon to provide sensitivity training to all Starbucks employees. Even Schultz admitted that the training may not prevent a similar incident, but his actions were an attempt to fix the problem, which resulted in Starbucks’ customers’ renewed confidence in their favorite coffee shop.

It doesn’t have to be a brand crisis. It could be something small. I started this article with the example of a restaurant that provided its guests with an unforgettably bad experience. I first heard about it from a small number of people I spoke to in person. Then I went online and read more reviews on social media. That’s where reputation management escalates, potentially allowing the entire world to witness the crisis. Again, no amount of advertising will change the quality or taste of the food. If your organization serves bad food (metaphorically), don’t make the mistake of thinking that marketing will fix the problem.

Trading Halted For Second Time This Week As...

Facebook’s Quest For Cognitive Diversity: A Conversation With...