Meet Akilah Hughes: The Daily News Podcast Host Who Makes You Feel Good About Your Day 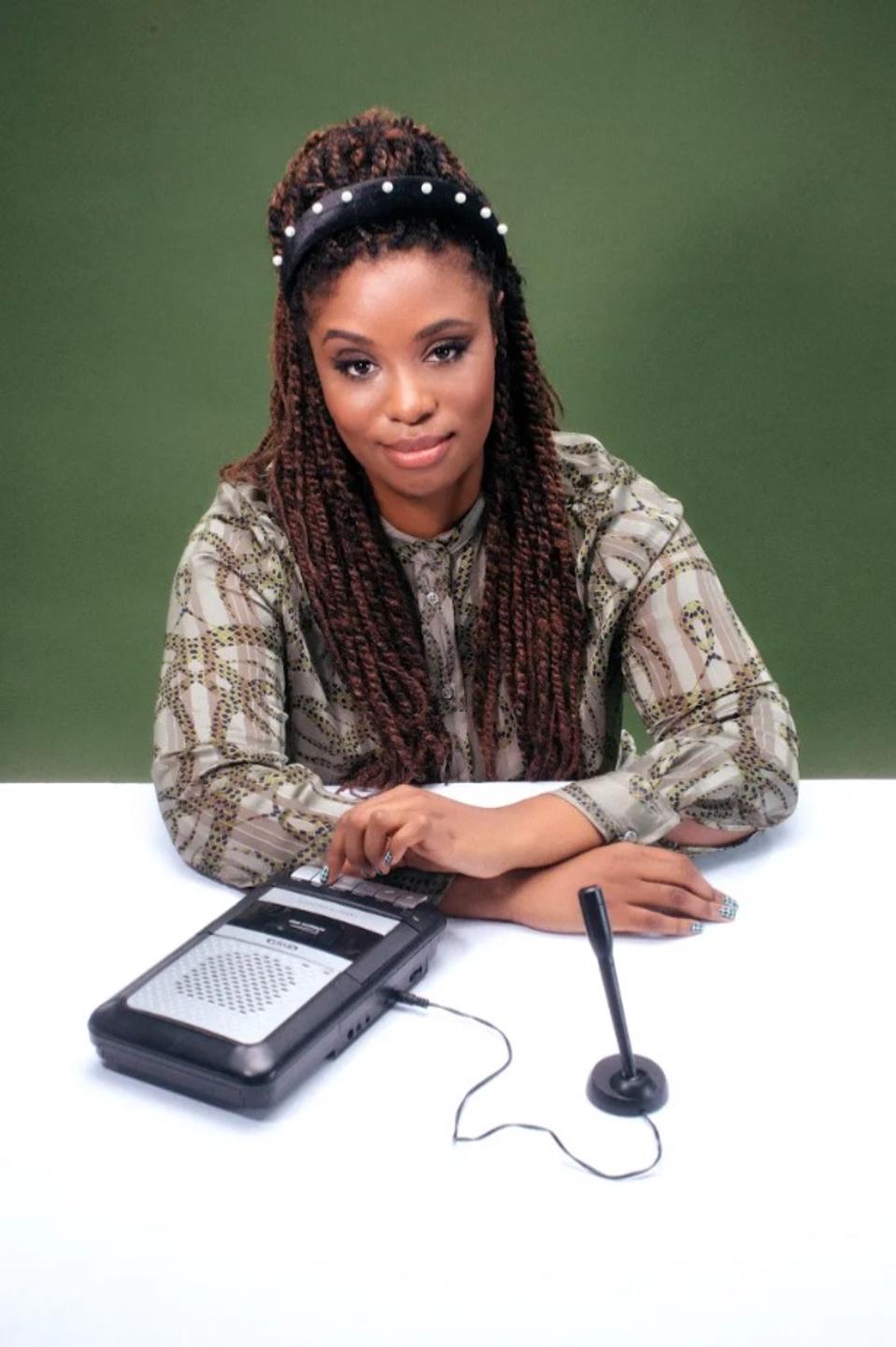 “You’ve done other podcasts before,” I ask Akilah about her new podcast What a Day.

“Yes, I’m a professional podcast host,” she tells me with a laugh. Side note. We both laughed a lot during this interview.

Apparently she has done so many she doesn’t even remember all of them. I asked her about a podcast episode called “Friends on the Other Side” and she said she didn’t even know what it is.

Also, she’s just like Chris Rock, but we’ll get to that later.

Akilah moved to LA from New York three months ago and said it’s just like the movies, “bad drivers and no black people.”

A precocious kid, she graduated high school in Northern Kentucky at age 15 and turned 16 on her first day at Berea College right when social media and YouTube were coming into vogue.

“It was nothing but cows and time,” she told me, “so I started making YouTube videos.” Many of them became really popular, and that renewed an interest in comedy coupled with reading Tina Fey and Mindy Kaling’s books about coming up in comedy in Chicago and New York.

So she moved there at age 22 with stars in her eyes.

In hindsight, it’s very romantic. I got on a bus and crashed at my friend’s house and got an apartment and a job in a week. I wanted to do social media, because that’s what I’m good at so I took classes and kept making YouTube videos. One of them, “Meet Your First Black Girlfriend” went viral in 2012 and then I started working at MTV and that was the beginning of my career.

That YouTube video is great by the way. It’s like a webisode of Dear White People years before that show existed. She describes her style of humor as social commentary that’s now considered political, kind of like Chris Rock in 1999 who wasn’t considered political then even though he’s saying the same stuff now.

“But now I’m working for Crooked Media and that’s definitely a political entity,” she remarks. Crooked Media, by the way, produces her new daily news podcast What a Day that she co-hosts along with journalist Gideon Resnick. Gideon used to be a political journalist at The Daily Beast and Akilah was a big fan of his during her seven years in New York, but they never met until they started their podcast together a few months back.

While reporting the news on the podcast, Gideon is a little more serious and Akila has an infectious sense of humor with perfect timing that never throws off the rhythm of the show for more than a second. The Crooked Media website describes them as “What Fox and Friends would sound like if it was hosted by two people whose parents read to them as children.” Akilah describes that description as “accurate.”

The daily podcast world is growing more crowded by the minute, but Akilah says that they stand out because they’re allowed to be themselves and keep their opinions and personalities. 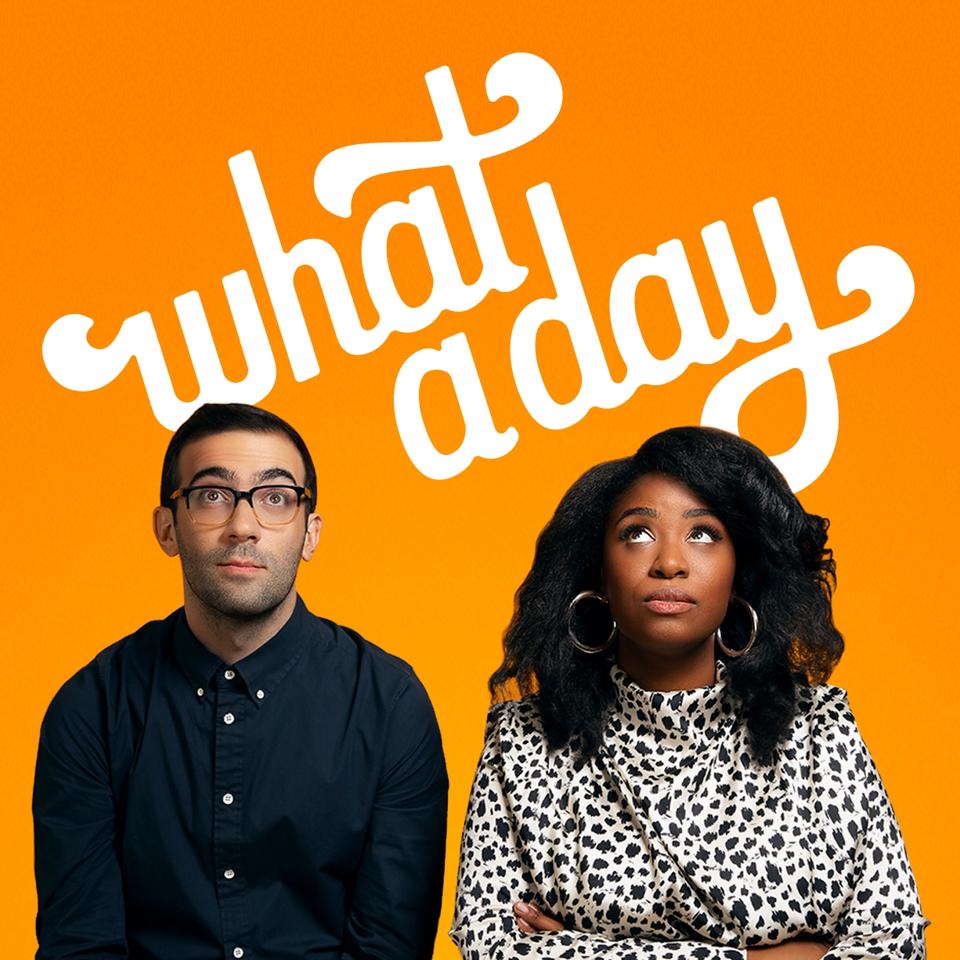 They explain the news every day in about 15 to 20 minutes in a way that Akila says, “doesn’t give people soul-sucking dread and they don’t have to think that everything is bad.” In addition to the day-to-day news they often shine a light on important issues before anyone else. “One example,” Akilah says,”would be highlighting Stacy Abram’s Fair Fight Initiative about voting and election rights. Also, we were one of the only daily podcasts to cover the walkouts at Deadspin and a week later it became a big commentary on the state of news and digital media.”

“We just get stories out faster than other daily podcasts can,” Akilah said matter-of-factly. One reason for that is because their interests lie in stories that aren’t just reactionary.

“Our taste is more diverse,” she says. “We cover stories that are more than just a two-part special on JUULpods.”

They have a few regular segments they use that alternate throughout the episodes. “Bowl of Hot Takes”, for instance, is just like it sounds like – Akilah and Gideon take turns giving their hottest take on news of the day. Another one called “Headlines” is punctuated by a recording of Akilah singing the word “headlines” and the pair giving straight summaries of that day’s headlines along with some short incise commentary.

The big news of the day of course is the big Trump impeachment story engulfing our nation, and they give frequent updates on it called “Impeachment News Blast.” They’ve also been doing new segments on election night in different states reporting contextualized results on what the different wins actually mean, and plan to report live from the DNC next November during the presidential election night.

While major news outlets have been doing frequent stories since the 2016 election about reaching out to midwesterners to try to understand why they voted for Trump, Akilah finds that their middle America roots, hers from Kentucky and Gideons from Cincinnati, gives them a perspective “that says you can be from the middle of nowhere and not subscribe to that NY Times “aw shucks” kind of white supremacy stereotype.”

There are people who don’t agree with me but listen to the show anyway because it’s not berating or condescending, and not desperate to frame it in a way that is obviously a bias. We try to be honest.

When I first heard of Akilah Hughes, I thought of the movie Akeelah and the Bee, a true story about a young African-American girl from LA who wins spelling bees. And when I started researching Akilah Hughes, I discovered that she had actually won spelling bees herself, so naturally I had to ask her about it.

“It’s the bane of my existence,” she laughs. “But at least people pronounce my name correctly.” She says she was the “Akeelah and the Bee” of her time and took it so seriously she can still remember losing a regional contest because she misheard the word “scoundrel” as “scandal.”

Akilah came from a single-parent household and knows that most girls in her position don’t end up where she is today. “I got lucky,” she says, “but when I saw the opportunity on the internet, I wasn’t afraid of it.”

Her advice for people today doesn’t include empty platitudes like “Change Your Life!” or “Wake up at 3am!” but instead is simple and straight to the point.

What a Day can be heard Monday through Friday wherever you find your podcasts and the show just took a Winter break until the New Year.