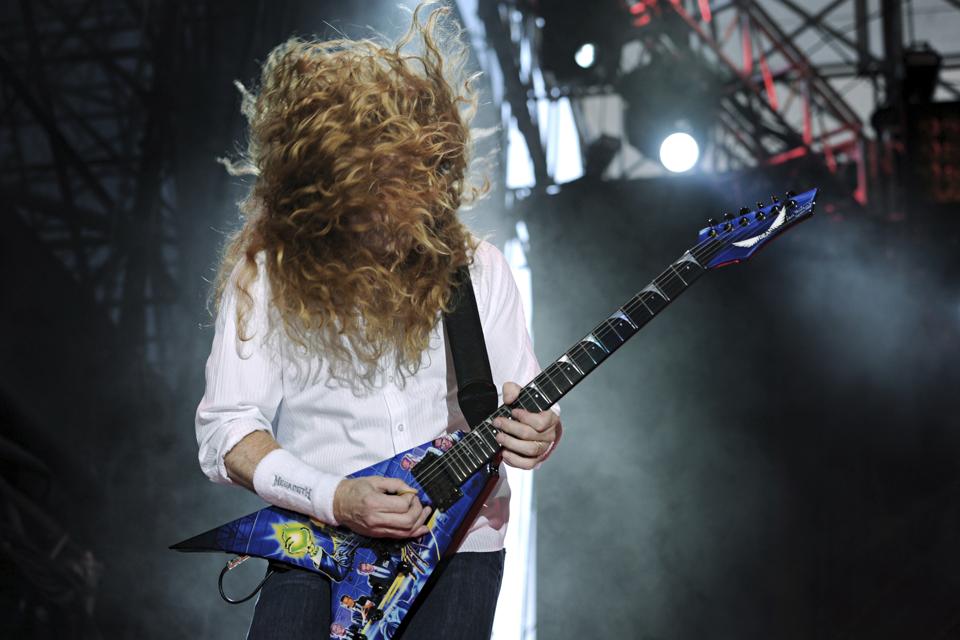 Dave Mustaine of Megadeth performs as part of the American Carnage Tour at the Time Warner … [+] Amphitheater at Tower City on Aug. 18, 2010, in Cleveland. (Photo by Amy Harris/Invision/AP)

Rebounding from a throat cancer diagnosis last May, Megadeth frontman Dave Mustaine has restored himself for a big 2020. In addition to a new album and tour from the band, Mustaine will also release a new book recalling the making of Megadeth’s 1990 LP Rust in Peace.

Entitled Building the Perfect Beast and earmarked for release on September 8, the account will brim with tales of “alcohol, drugs, sex, money, power, property, prestige, the lies the band was told by the industry—and the lies they told each other”—according to a synopsis obtained by Loudwire.

Tangential temptations and intrigues aside, Mustaine and co-writer Joel Selvin will elucidate how a fresh lineup—featuring a new lead guitarist (Marty Friedman) and drummer (Nick Menza)—buoyed the band’s creative energies and propelled them into a higher commercial strata.

Rust in Peace and the band’s follow-up album, Countdown to Extinction (1992), each went platinum within years of their respective releases. The albums’ sales combined with worldwide touring in support put the band on the map by the early-’90s—as Wayne Campbell’s lapdog sidekick Garth Algar can attest.

Mustaine’s recent cancer diagnosis and treatment forced Megadeth to cancel their 2019 tour and suspend work on their yet-untitled new album. In an interview with Rolling Stone last November, the now-58-year-old frontman reported encouraging developments in his recovery process.

“I’m on the other side of the majority of the treatment, and I feel really strong,” Mustaine said in November. “After the radiation, the guy said all of my test results looked amazing. ‘You look like you’re in a stage 1 and you’re supposed to be in stage 3 right now.’ And the oncologist said the same thing: ‘You look really strong.’ So we kept moving through the process.”

Mustaine’s doctors gave him very favorable odds of recovery at the time of his diagnosis; and he’s currently in the rehabilitation phase of the battle after recently finishing treatment.

Though not officially in remission, Mustaine and Megadeth resumed touring in Europe on January 20 along with American heavy-metal comrades Five Finger Death Punch. The duo will play another 14 dates together overseas through February 22.

From there, Megadeth will rededicate themselves to recording their upcoming album. That release, which a new tour will reportedly accompany, will represent the band’s 16th LP and first since 2016’s Dystopia.

Building the Perfect Beast is being published by Hachette Books.

Event Cancellations In Asia Will Cost Up To...

Netflix’s ‘The Witcher’ Has Sold Out Physical Copies...