Last year, Microsoft took the unusual step of announcing the revolutionary Surface Duo and Surface Neo devices to the public, but noted that they would not be available until Q4 2020, more than a year after Panos Panay held the folding hardware aloft.

It’s a strategy that comes with some risk, but it also offers a number of advantages, such as the ability of hardware partners to launch their own folding devices, to code and test the Windows 10X variant with first- and third-party developers, and to allow developers to work on adapting key applications to a dual-screen environment.

And Microsoft documents have confirmed another part of that strategy. 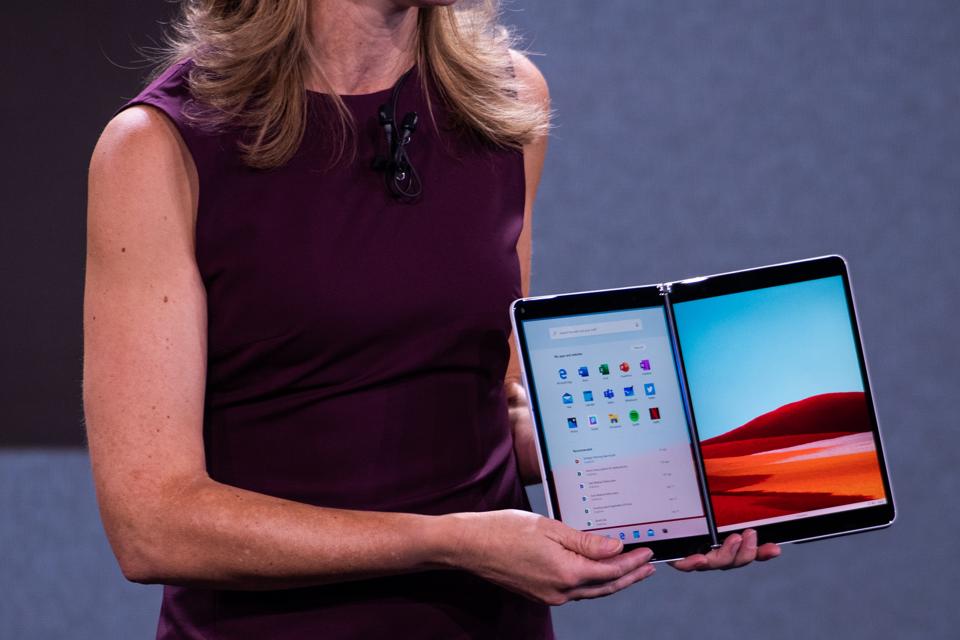 One of the key requirements for developers is having a platform to test their software on. No doubt as 2020 progresses the larger developer groups may receive test devices (for example, I’m pretty sure that the Fortnite team will get some help to ensure there is compatibility). What about the smaller developers? That’s where the latest published patent comes in to play.

Titled ‘Emulated Multi-Screen Display Device’, it discusses an emulation process that can output a multi-screen representation on screen either as a flat display, or in a 3D graphical model of the target device. Mayank Parmar reports:

“App developers use ’emulators’ to test their application before shipping it out to consumers. The current emulators may incorrectly display apps for a dual-screen device like Surface Neo and the patent proposes different methods to address these challenges.

“The patent application describes emulator programs which can render a three-dimensional graphical representation of a dual-screen device including the first and second screen or even third screen.”

Would developers consider such a system if they did not know that there would be an expansive platform looking for apps at the end of it? Just one more reason why the early Duo and Neo announcements help Microsoft’s multi-screen ambitions rather than hindering it.

Gift This, Not That: Nomad Lightning Cable Vs....