Michael Kramer and the clients of Mott Capital own MSFT.

Microsoft Corp.’s (MSFT) stock has been on a fantastic ride over the past 52-weeks, with the shares surging by almost 59%. Now with quarterly results quickly approaching, traders are betting Microsoft continues its hot streak and rises to even loftier levels in the months ahead. Some bets suggest the stock increases by as much as 9% from its current price of roughly $163.25 on January 13.

The company usually reports fiscal second-quarter results around the end of January. Expectations appear to be very high based on analysts’ earnings and revenue estimates. Forecasts are for earnings to climb by almost 21% and for revenue to jump by as much as 10%.

In recent quarters the majority of Microsoft’s significant revenue growth has surfaced from its cloud computing unit, Azure. But that growth has also been supported by surging revenue at LinkedIn and Dynamic 365.

With significant earnings growth expected in the second quarter, some traders are betting that the results catapult the shares higher over the next few months. Recently, the options that expire on April 17 have seen the open interest for the $175 calls rise by almost 19,400 contracts. There are now nearly 25,000 open call contracts at that strike price.

Data from Trade Alert shows that on January 10, there were over 18,000 call contracts that traded on the ASK, an indication that the calls were purchased. The calls traded for a price of approximately $1.90 per contract. It means that for the buyer of the calls to earn a profit, the stock would need to rise above $176.90 if holding them until the expiration date. 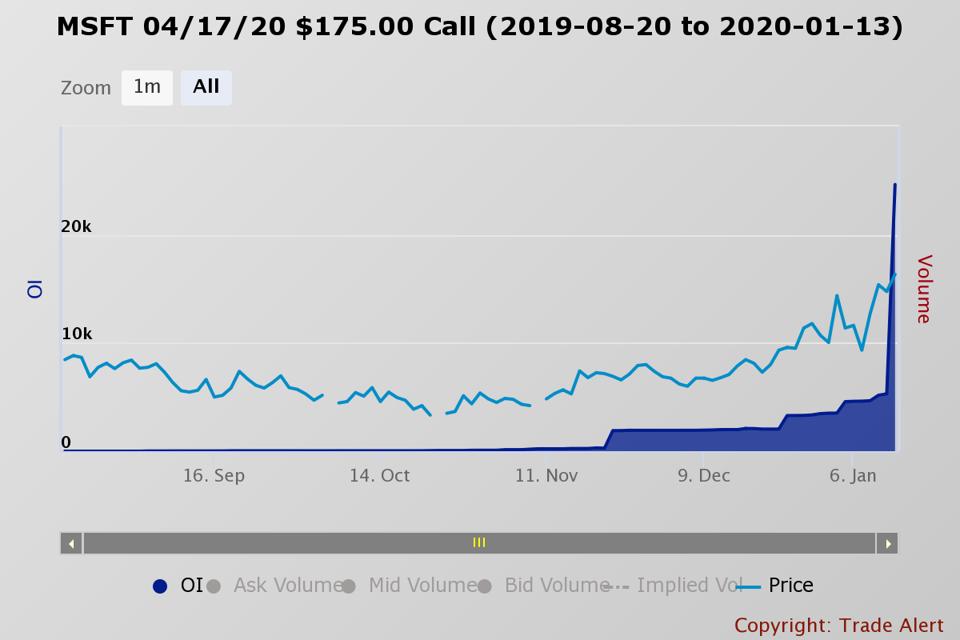 The technical chart also shows that the stock can continue to increase to around $178. The stock rose sharply, from the beginning of 2019 until the end of July. The significant move higher resulted in a gain of approximately 51% or $49. Projecting that prior move higher into the future would suggest that Microsoft rises to around $179, almost in-line with the options betting. The relative strength index has also been trending higher since the beginning of August. It shows that momentum has been entering the shares in recent months, supporting a higher move in the price. 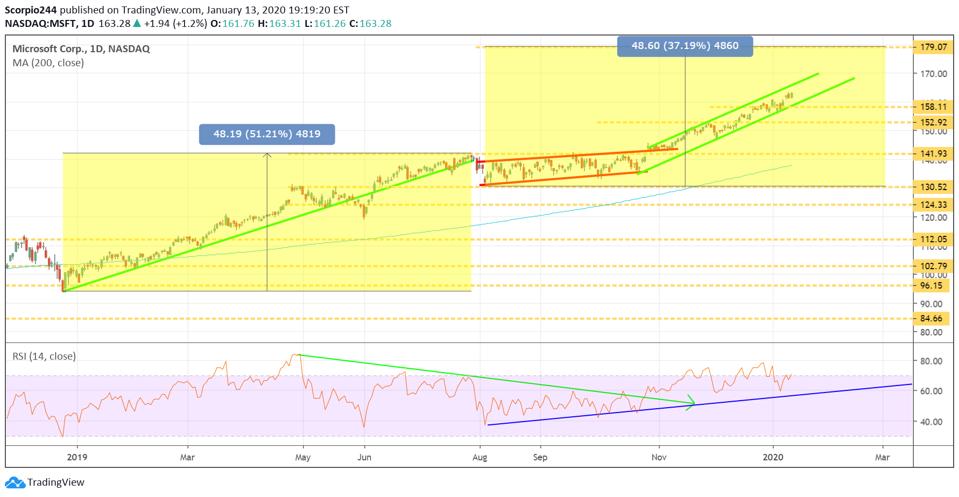 A Big Quarter For Growth

Analysts see the company earning a $1.33 per share in the fiscal second quarter which is about 20% higher than the earnings of $1.10 per share a year ago. Additionally, revenue is estimated to be around $35.7 billion, which is approximately 10% higher than the results for the same period last year of $32.5 billion.

A History Of Beating Estimates 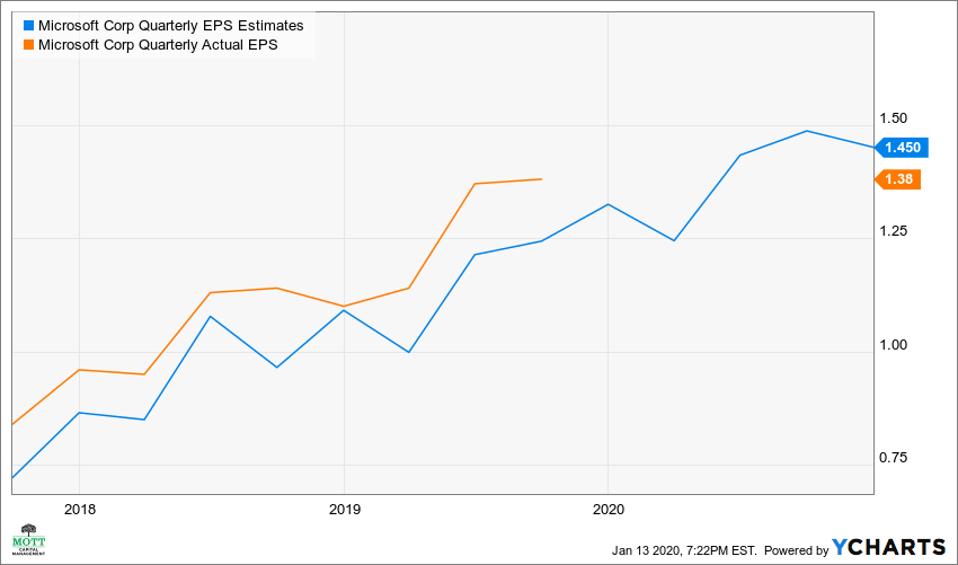 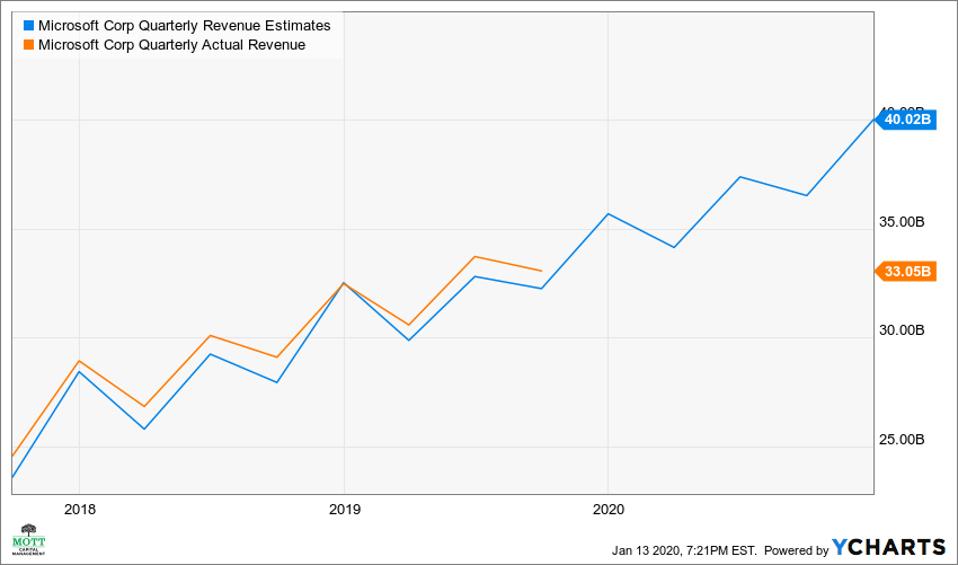 It is hard to deny the trends in Microsoft are healthy and that the stock has come an incredibly long way over the past year. It seems that if the company can continue to deliver significant earnings and revenue growth, the stock should continue to reward investors.

Here’s How Much Money Pediatricians Earn In Every...