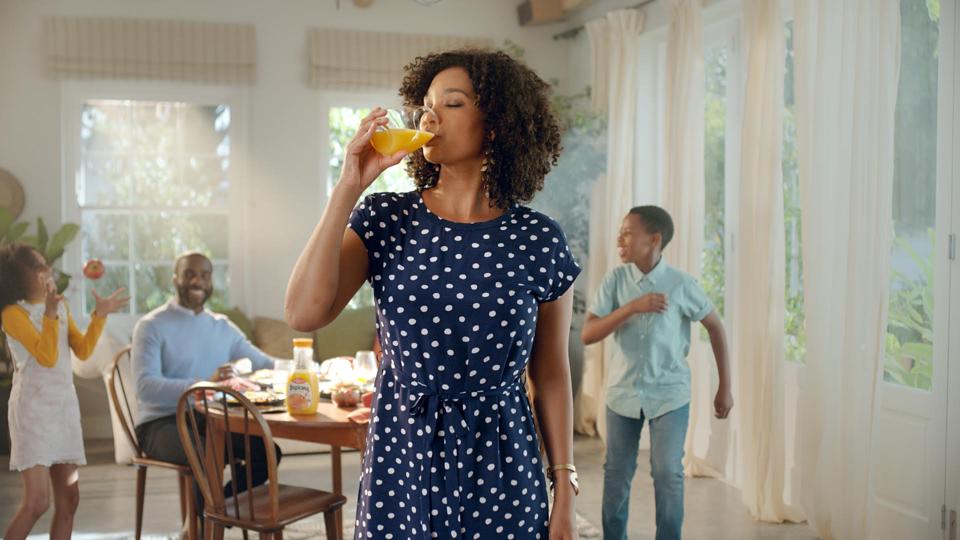 Tropicana’s new spots encourage us to “Sip Your Sunshine.”

Tropicana OJ has a “problem” that it shares with many venerable brands. How to keep the image of a long-standing market leader fresh and relevant without alienating its loyal base?  This is an issue companies like Levi Strauss and Harley-Davidson grapple with all the time; elsewhere I’ve called it “the fashion paradox.” The orange juice manufacturer’s branding debacle of a decade ago is a reminder of the consequences when this double-edged sword slips and cuts you: In 2009 the public soundly rejected a radically new and expensive package design initiative, and Tropicana had to abandon it.

We know that at least some change is necessary; companies that rest on their laurels discover that their customers habituate even to a beloved stimulus and move on to greener pastures. Sure, there are always incremental package updates (it’s fascinating to see how Betty Crocker’s appearance has morphed over the years from a stern and proper WASP to a pleasantly smiling woman with a vaguely Latina look). But the key to engaging today’s jaded consumers is to move a brand up what I call the “pyramid of brand resonance” so that it satisfies more than basic requirements (like vitamin C in liquid form). Anyone who has ever sat through a presentation that invoked Abraham Maslow’s classic Hierarchy of Needs gets this.  In today’s fiercely competitive environment, it’s no longer enough to excel by satisfying the customer’s functional needs. Brands also need to provide a healthy dose of social approval, self-satisfaction, or even spirituality to cut through the clutter.

PepsiCo’s new campaign for Tropicana that will launch on January 20 is a case study in how to wrap old, familiar virtues in cutting-edge trends – especially vis a vis our search for meaning in today’s confusing and often dangerous world. The Tropicana brand story rests on a solid foundation because it’s firmly entrenched in a consumer ritual; a series of actions we repeat on a regular basis because they help to articulate important meanings and continuity in our lives. These can be as grand as a wedding ceremony, or as mundane as — drinking orange juice with breakfast every morning.

It’s really smart to embed your brand in consumer ceremonies, even mundane ones like breakfast.   A global study the BBDO Worldwide advertising agency conducted found that fully 89 percent of people always use the same brands in their sequenced behaviors. Tropicana’s new Sip Your Sunshine campaign wants to update the justification to include its’ familiar orange juice in the family breakfast ritual. Aidan Kingerlee, Chief Marketing Officer of the PepsiCo Juice Portfolio, explains that the campaign’s objective is to highlight “… authentic moments of brightness that bind us. Our goal is to inspire consumers to stop, enjoy and even celebrate the instances that bring little moments of happiness into their lives, and that sometimes we take for granted – like watching the sunrise or starting off the day with a delicious glass of orange juice.”

Aha! Paying attention to little moments of happiness. Sounds an awful lot like the mindfulness movement that’s sweeping the nation faster than a Lululemon wearer on a Peloton bike. Perhaps a small dose of updated spirituality is the key to dragging a familiar commodity into the modern day. And sure enough, while most of the campaign is fairly traditional — :15 and :30 spots by Cramer-Kasselt and a cross-channel digital and social campaign activated on Facebook, Instagram, YouTube, Snapchat and Pinterest, plus digital placements, simulating in-feed sunshine, there is another element that hammers on the cosmic significance of OJ. On January 22, the ebullient actress Ellie Kemper (The Office, The Unbreakable Kimmy Schmidt) will preside over a sunrise pop up event as she helps to celebrate so-called “Manhattanhenge.”

This mystical event that puts a Big Apple spin on the otherworldly Stonehenge phenomenon happens two days per year, when the rising sun aligns perfectly with New York’s Street grid to suffuse the city with an unearthly glow. Ms. Kemper affirmed, “Tropicana’s “Sip Your Sunshine” celebrates the little (and also big!) everyday moments that bring joy and happiness to our lives — and I’m all for that. The more sunshine in our lives, the better. I’m thrilled to partner with Tropicana to encourage everyone to cherish those little moments of brightness.”  The bubbly actress will be accompanied by an astrophysicist from no less than The American Museum of Natural History to dispense breakfast sandwiches and — of course — bottles of Tropicana to the assembled worshippers.

What a clever way to capture a bit of spiritual sunshine – and to drag an old school commodity into The New Age.

What Next For Atletico Madrid If They Don’t...

Starting On The Right Track: Wasabi