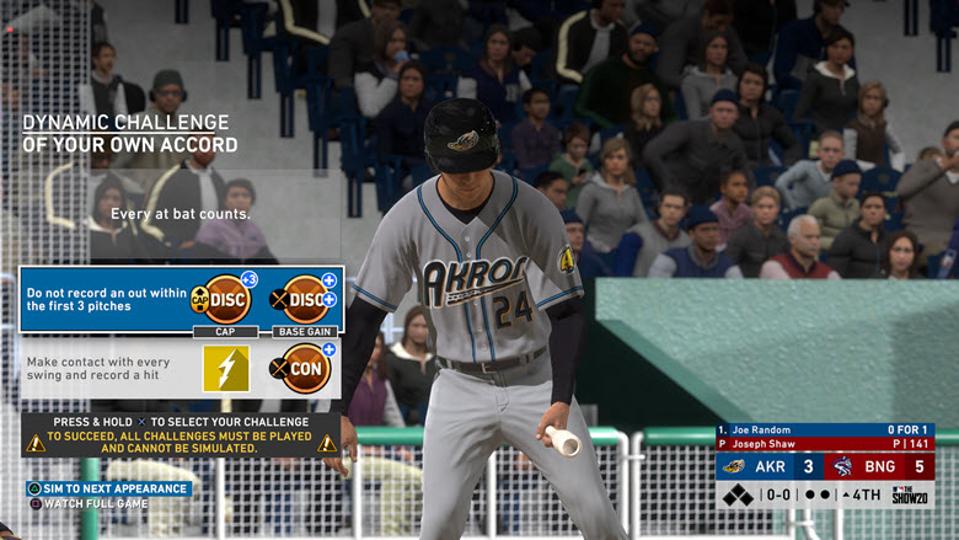 While MLB The Show 20 released in decent shape–especially by today’s standards of expansive titles that offer tons, but rarely are 100 percent efficient at the outset–there have still been issues.

One problem caused one of the game’s newest features, Custom Leagues to be shut down temporarily. It has been restored through a quick fix on Sony’s side, and now there is a larger update arriving early Friday morning.

It is the fifth patch released since the game launched on March 17. Here are the details, per The Show Nation.

Remember that other than user input, the pitcher’s BB/9 and difficulty setting standards remain the biggest factors in overall accuracy. If you hit perfect meter more often you’ll benefit from this update more than someone who doesn’t.

Together, the end result should help pitchers hit their spot a little more and get slightly fewer meatballs, while batters don’t lose offense overall due to the increased exit velo on balls they put in play.

If you haven’t already seen the clarifications made to the 1.04 update notes, you can read them here.”

For the most part, hitting in competitive modes has been a major focus of the post-release updates. However, as someone who spends as much–if not more–time playing offline, it’s great to see Sony separate the two experiences.

These should not be universal adjustments.

Other Gameplay Fixes and Adjustments:

Of the issues identified here, I’ve seen an outfielder not lock on, and had a single scored as a fielder’s choice. Both happened one time, which is too often. Thankfully, it appears that’s been fixed.

Road to the Show

The spelling errors are a little embarrussing…err I mean embarrassing, but it happens.

I’d noticed the incorrect batter walk-up stats quite a bit in Franchise, and that’s pretty annoying, especially for an offline player. Accurate stats are part of the immersion. Without that appearing correctly on the screen, it becomes a little less realistic.

The year-to-year saves is one of the franchise’s best features. The Show is still the only sports gaming series that offers this option. A disruption to this system could be terrible for a gamer who has been carrying over saves for multiple versions.

What Makes a Successful Founder