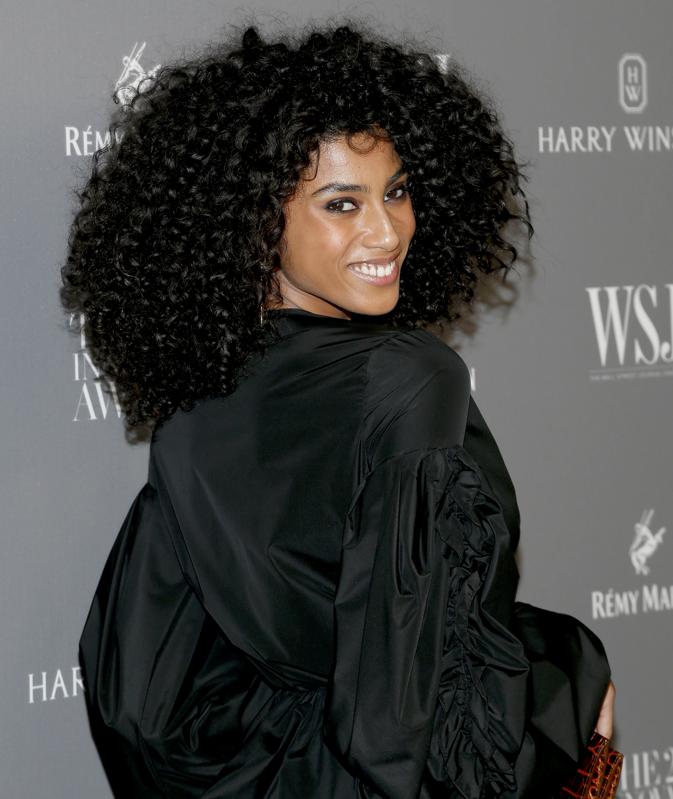 Growing up in an Arab household with a Moroccan mother and Egyptian father, Imaan Hammam loved raiding her mom’s closet and staging runway shows. Soon, she had her eyes set on a career in modeling. What seemed like a far-fetched dream became a reality when she was discovered while walking with her friends after school in Amsterdam one day.

Dreaming big and taking chances has helped the 23-year-old skyrocket into becoming one of the most illustrious models on the scene today, gracing the cover of multiple editions of Vogue, appearing in campaigns for Chanel, Céline, Givenchy, Tiffany & Co. and Shiseido and walking the runway for Alexander McQueen, Burberry, Marc Jacobs and Stella McCartney, among others.

“I was the first in my family to leave home at 16, move to New York and start a career in which I could support myself and my family,” Hammam says.

Breaking out from the expected for a better future led to a connection with the organization She’s the First, which fights against gender inequality by empowering girls around the world through education. “I came from a family of strong women, but we didn’t have a lot,” she reveals.

As part of her role as the global ambassador, Hammam speaks out about Extraordinary Women — She’s the First’s new campaign launched today ahead of Giving Tuesday tomorrow — which invites anyone to honor women in their own lives through a donation in support of girls’ education. 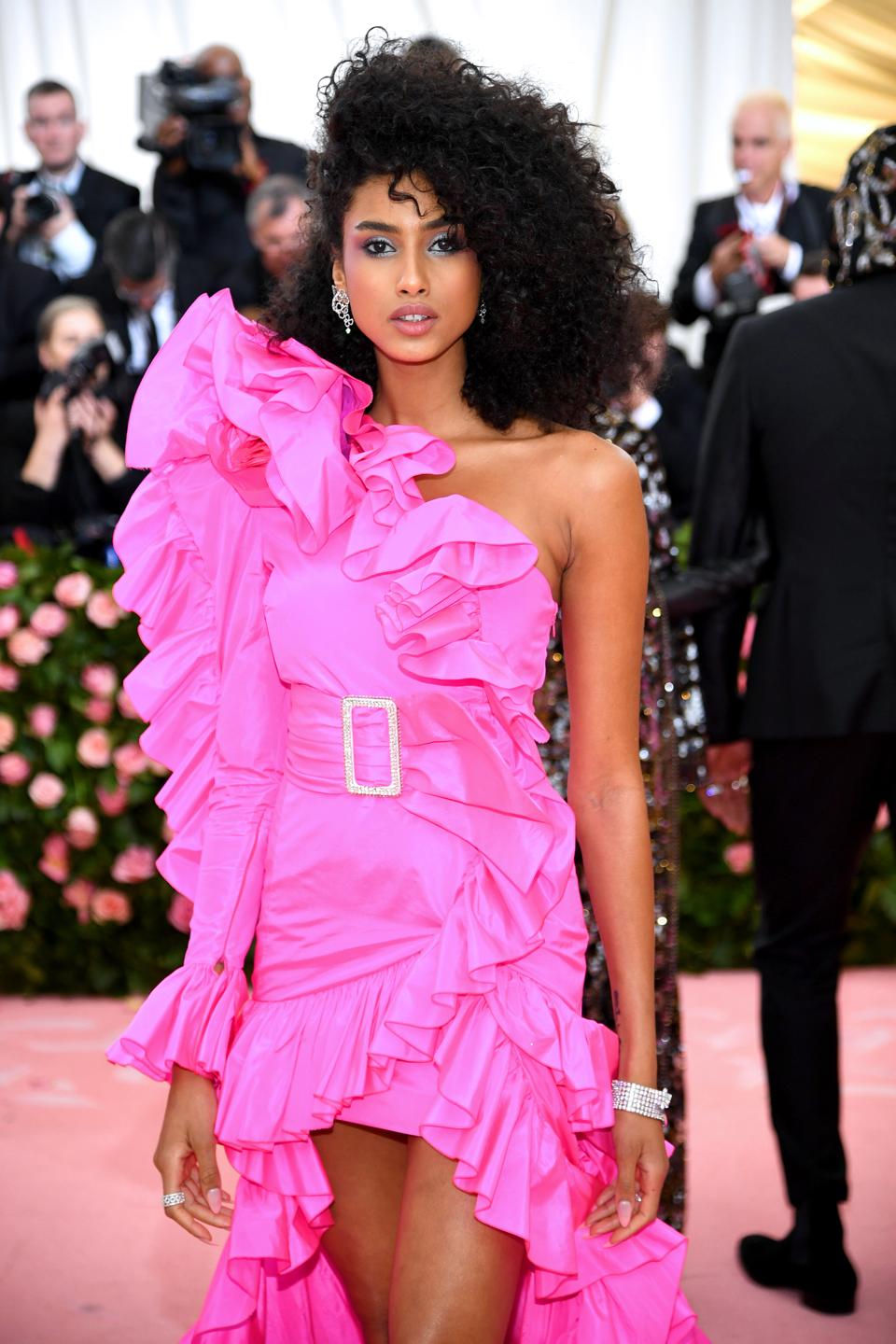 NEW YORK, NEW YORK – MAY 06: Imaan Hammam attends The 2019 Met Gala Celebrating Camp: Notes on … [+] Fashion at Metropolitan Museum of Art on May 06, 2019 in New York City. (Photo by Dimitrios Kambouris/Getty Images for The Met Museum/Vogue)

Getty Images for The Met Museum/Vogue

While so many young girls look up to Hammam for the path she’s paved for diversity in the modeling and fashion industries, she looks to a young Kenyan woman named Cynthia Muhonja as an “extraordinary woman” in her life.

Muhonja’s cousin attempted to rape her when she was 11, but no one in her household believed her or respected her fear. After living in the terrifying situation for a year, she took her younger brother and escaped in the middle of the night, with sights set on a better future for both of them.

“Now she’s founded an organization in her community called Life Lifters, which helps girls to have the chances she did to overcome adversity and succeed,” Hammam says after getting to know Muhonja on a trip in August. “Cynthia and I spent time together in The Gambia in West Africa, learning about girl’s rights and advocacy for the issues we care most about.” 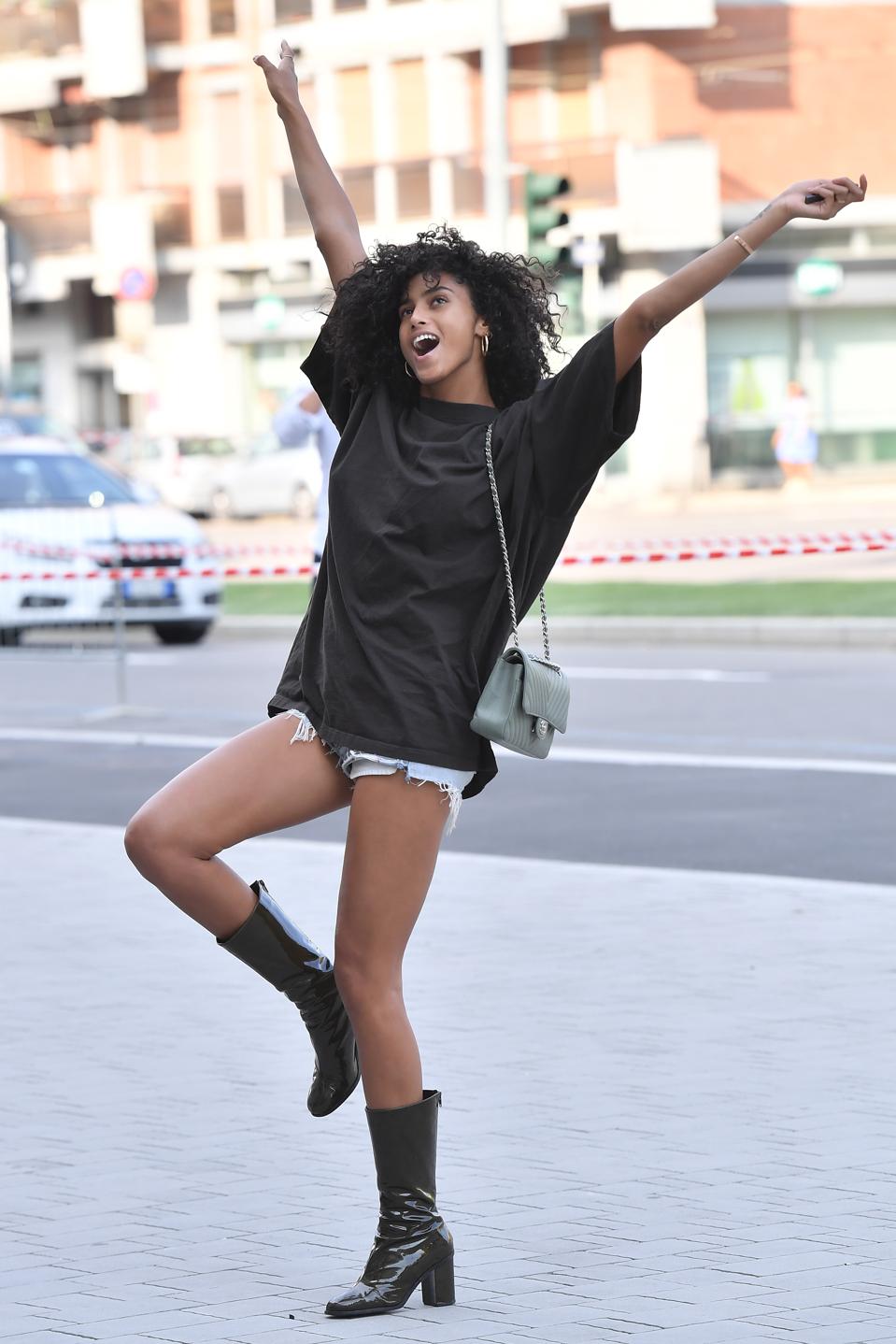 Life Beyond the Ordinary

That idea of pushing beyond the expected has resonated with Hammam. “An extraordinary woman does not put limits on what she can do,” she says. “Society does enough of that, so we need to support each other to break those barriers.”

Citing an Extraordinary Women video which Muhonja appears in that debuted today, Hammam says women need to “Shake the world by its corners.”

To get there, it’s all about education, which is why she’s collaborated with She’s the First since they help girls finish high school and chart out their futures.

As for Hammam herself, she also tries to set an example where she can. “I strive to do my best,” the New Yorker says. “I am also only 23, so I’m still finding my own way but I want to make sure when I succeed, I can pay it forward to other young women.”

The Biggest Airlines To Ever Go Bankrupt