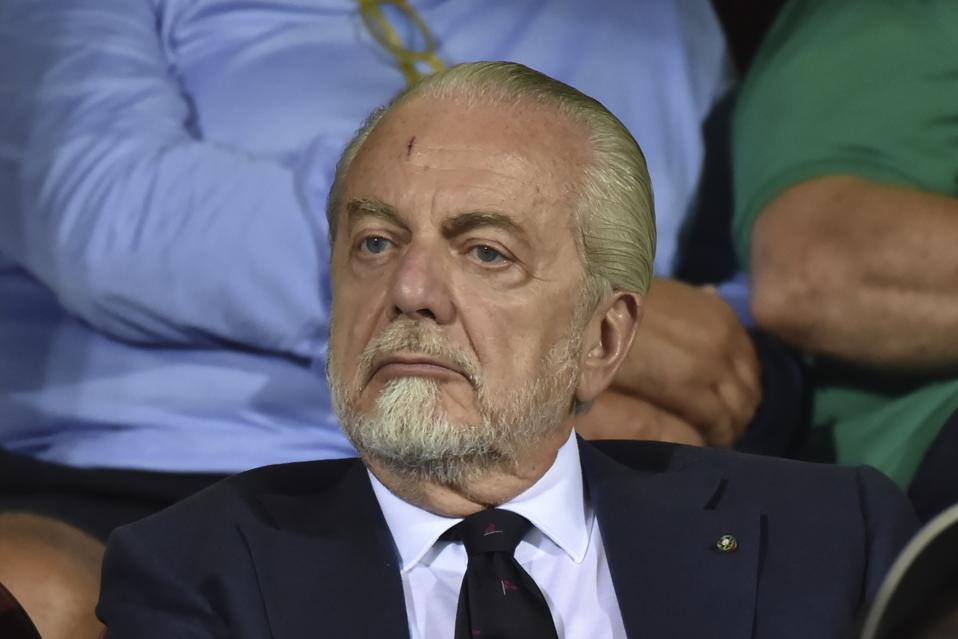 By now you know the story. After Napoli struggled in their opening matches of the season, their outspoken owner Aurelio De Laurentiis had decided enough was enough.

There’s a tradition in Italian football which sees club owners put the Coach and players in “ritiro,” a crisis training camp that sees the whole side stay together for several days until the issues have been resolved. Think of it as a team building exercise.

Only this time, there was no team building. Napoli went into ritiro at the request of De Laurentiis at the beginning of November following a run of poor results, a week in which the side would face Red Bull Salzburg in the Champions League. Ancelotti, clearly not on board with the decision, decided to speak out in his pre-match press conference.

“If you ask me what I think, I will say that I don’t agree with the decision made by the club,” the experienced boss told reporters. “However, the coach must be the coach. These are the decisions that are taken by the club.”

His words acted as the spark that lit the blue touch paper, as both Ancelotti and the players decided to go home after that match, rather than to return to the camp that had been arranged by the owner.

“The club announces that, with reference to the behaviour of the players yesterday, Tuesday November 5 2019, it will proceed to protect its rights on an economic, capital, image and disciplinary levels in every competent jurisdiction,” the official statement read.

“It is also made clear that the responsibility to decide on ordering days in a training retreat lies with Carlo Ancelotti. A press silence has been ordered from now until a date yet to be decided.”

To threaten legal action versus your own players seems like an extremely counter-productive measure, yet Napoli pressed on regardless, causing tense scenes at an open training session, reports of burglaries at player’s houses and reports that some of the squad could receive fines of up to €200,000.

As November draws to an end, FIFPRO, the world’s players union, have spoken out very clearly regarding the matter, and it doesn’t look good for De Laurentiis.

“Napoli’s intention to withhold player salaries is without valid grounds and is being contested collectively,” read the official statement. “FIFPro believes that the ad-hoc decision of Napoli forbidding players to go home and re-join their families, following the match against RB Salzburg, was unjustified.

“Like every other employee, professional football players have the right to ensure that their private life is respected, especially considering the already congested fixture list which sees many players away from home for prolonged periods.

“The grounds on which Napoli seeks the application of fines, for the players’ refusal to follow the unreasonable instructions of Napoli, contradict provisions in Italy’s collective bargaining agreement.

“The players of Napoli cannot be subjected to arbitrary decisions of a disenchanted club when the result of a match is unsatisfactory. We echo the sentiments of FIFPro member, Associazione Italiana Calciatori (AIC), in that Carlo Ancelotti and his technical staff are ultimately responsible for managing the playing group however they deem fit.

“Technical matters are not the responsibility of club directors and we support Ancelotti and the players of Napoli for their united stand in clearly difficult times.

“FIFPro is standing by ready to assist, in close co-operation with AIC, to ensure the players are not subjected to further abuse and intimidation.”

The language used in the statement clearly indicates strong condemnation for the Napoli owner’s practices here, and it’s patently obvious that Carlo Ancelotti and his players have strong backing from the union.

Such robust condemnation will perhaps make the owner think twice about how he pursues this matter, however a long history of controversial incidents point to the fact that these episodes will continue to occur as long as Aurelio De Laurentiis is in charge.

Grooming Your Problem-Solving Abilities for Success

Why Has ‘Star Wars: Rise Of Skywalker’ Divided...

A Wrestling Fan’s Guide To Nielsen Ratings For...