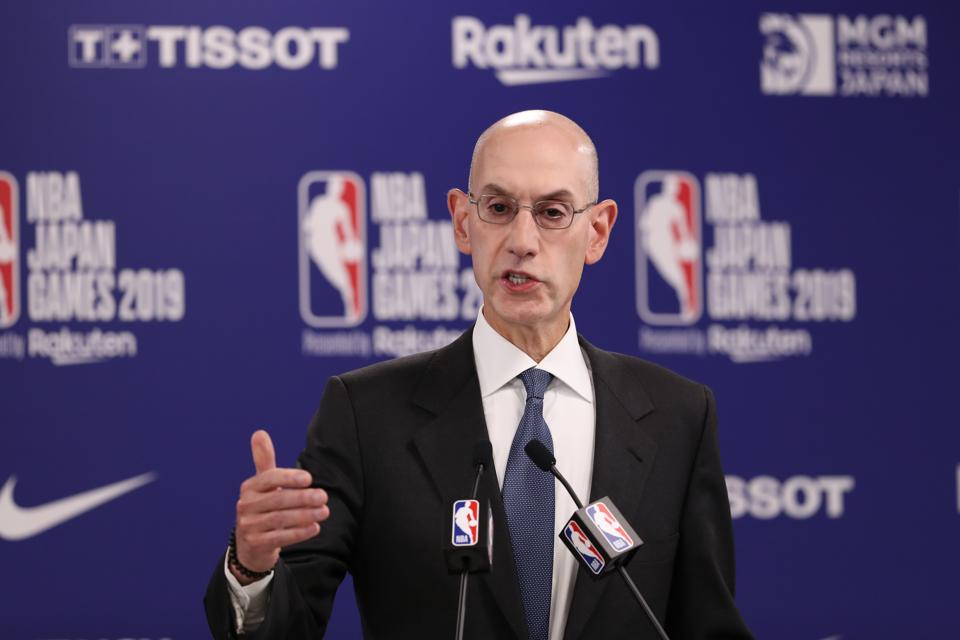 SAITAMA, JAPAN – OCTOBER 08: Commissioner of the National Basketball Association (NBA) Adam Silver … [+] speaks during a press conference prior to the preseason game between Houston Rockets and Toronto Raptors at Saitama Super Arena on October 08, 2019 in Saitama, Japan. NOTE TO USER: User expressly acknowledges and agrees that, by downloading and/or using this photograph, user is consenting to the terms and conditions of the Getty Images License Agreement. (Photo by Takashi Aoyama/Getty Images)

The NBA continued to expand its international footprint by announcing the addition of an NBA G League franchise in Mexico City.

The NBA announced Thursday that Capitanes, a professional basketball team based in Mexico City, will join the NBA G League as its first team from outside the U.S. and Canada.

Capitanes becomes the NBA G League’s 29th team and will make its debut for the 2020-21 season. The team will play its NBA G League home games at the Gimnasio Juan de la Barrera in Mexico City.

“Bringing an NBA G League team to Mexico City is a historic milestone for the NBA which demonstrates our commitment to basketball fans in Mexico and across Latin America,” said NBA Commissioner Adam Silver. “As the first G League franchise based outside of the U.S. and Canada, we look forward to welcoming Capitanes to the NBA family.”

The announcement was made by Silver, NBA G League President Shareef Abdur-Rahim, NBA Mexico Vice President and Managing Director Raul Zarraga and Capitanes co-owners Patricio Garza and Gilberto Hernández at the Arena Ciudad de Mexico prior to the Dallas Mavericks taking on the Detroit Pistons as part of The NBA Mexico Games 2019 presented by Nike.

“The NBA G League has long been focused on growing the game in Latin America and internationally. Having a team in Mexico City is an important step in realizing that vision,” said Abdur-Rahim. “I’m proud to welcome Capitanes to the G League and look forward to watching the team play at Gimnasio Juan de la Barrera next season.”

Capitanes, which was established in 2016, currently competes in Mexico’s Liga Nacional de Baloncesto Profesional. Starting next season, Capitanes will play in the NBA G League for an initial term of five years. The team is owned and operated by Moisés Cosío and a group of minority investors.

“Capitanes is honored to be the NBA G League’s 29th team and first from Mexico,” said Hernández. “This is a landmark moment not only for our organization, but for the game of basketball and our passionate fans in Mexico. We are thrilled to be a part of the NBA family and can’t wait to begin competing in the G League next season.”