NCAA Reacts To Senate Working Group As Only It Can 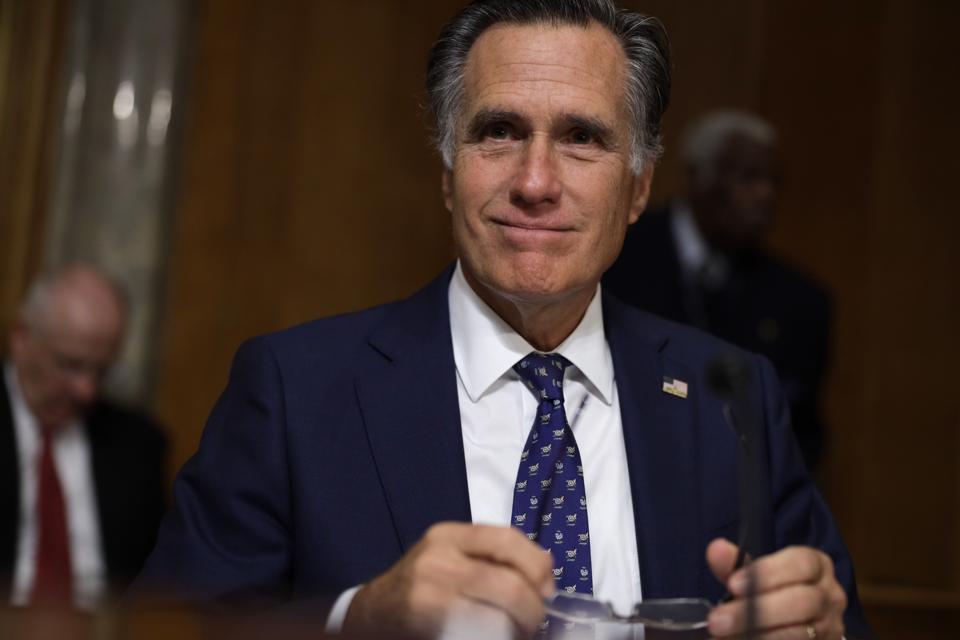 Following several months of the NCAA railing against states proposing bills that would allow college athletes to profit off their name, image and likeness, the governing body is welcoming a Senate Working Group that’s looking to forcefully evolve the organization past its current ideology.

It needs to be mentioned at the forefront that the Senate Working Group consists of Sen. Chris Murphy (D-Conn.) and Sen. Mitt Romney (R-Utah).

“College athletes are being used as commodities to make money for the NCAA, colleges and corporations, while not being compensated for the work they do, nor given the appropriate health care and academic opportunities they deserve,” Murphy said in a statement. “That’s plain wrong. The majority of executives and coaches who are getting rich off college athletics are white, while the majority of players at the big time sports programs are black. This is a civil rights issue and I’m glad to launch this bipartisan working group to fix the inequities in this broken system.”

However, Romney’s statement showed clear concern for the well-being of college sports as it is currently constructed.

“Universities and colleges in Utah are grappling with potential changes related to compensating student-athletes and so are schools across the nation,” Romney said. “It’s not fair for student-athletes, especially those coming from low-income families, to give so much time and energy to their sport without any kind of compensation. We need to find a way to resolve this inequity while preserving the integrity of college sports. This working group will serve as a forum for an ongoing bipartisan dialogue as we evaluate potential solutions.”

Given the announcement, the NCAA has reacted with a brief statement of its own.

“The NCAA, its member schools and conferences are committed to enhancing our rules while providing the best educational and athletic experience for our student-athletes,” a statement in reaction to the working group read. “We know that continuing our modernization of rules will require some level of federal assistance, and we look forward to working with federal legislators as we drive improvements for the next decade.”

Why would the NCAA be so willing to embrace government involvement on a federal level in a way it didn’t with California during the SB 206 process?

If removing cynicism from the equation, it’s simply easier for the NCAA to adapt to federal rulings applying to every state as opposed to each state having a different set of rules.

When inserting a jaded viewpoint, however, we land in the world of big boy politics. A terrifying place where everyone has an agenda meant to placate to their base in the name of elections, voters and controlling the narrative.

While it could theoretically apply to the state level as well, it’s safe to assume the NCAA feels as though it can lobby better within a federal landscape, especially when one of the key members of the working group is voicing a want to protect collegiate sports as it is.

It’s possible the NCAA won’t go out of its way to donate money to key political figures, as do many lobbying organizations looking to avoid certain aspects of reform. Still, since the umbrella organization already has powerful people willing to go out of their way to defend the amateur model, this could be a “when in Rome” scenario for those overseeing the company.

The NCAA doesn’t only have Romney backing their ideals, either.

Back in October, during the heyday of the SB 206 fallout, U.S. Representative Anthony Gonzalez appeared to put on his NCAA cape, more than suggesting all bills should run in conjunction with the governing body.

“I actually think that we need to do something {on a federal level} quickly, within the next year,” Gonzalez told said in October. “I don’t think you have three years to figure this out. I think decisions will start happening immediately.”

Like many within the NCAA bubble, Gonzalez suggests he’s looking out for the kids.

“There are a lot of people who are trying to get a piece of the athlete who do not have their best interest in mind and are out for nefarious means,” said Gonzalez. “You can imagine a world where, if there were no guardrails in place, that it could get out of hand pretty quickly. That’s the lane you’re trying to carve. How do you do this to provide necessary and deserved benefits while not inviting a bigger problem alongside it?”

Obviously, for the NCAA, this is a strong pivot from how it treated California prior to the name, image and likeness bill being signed by the state’s Governor. In fact, California Governor Gavin Newsom, a Democrat it is worth noting, is on record explaining how he believes the NCAA slow-rolled him even though he originally wanted the organization’s help.

“They talked about how they wanted to voluntarily engage us,” Newsom recently said in regards to interactions with NCAA president Mark Emmert. “Well, they slow-rolled us. And, with respect, they consistently play around the edges of reform. Now, they can’t do that. I think, ultimately, this is going to force their hand. I think invariably, they’re going to have (to) make some significant concessions to the status quo … and while the threat of litigation may overhang, I think reforms are going to be forthcoming despite how stubborn the next year or two may be.”

For now, only conjecture is available to the general public. Dabbling in it — admittedly, in a potentially misguided way — the NCAA embracing a look at itself from a federal viewpoint can have as much to do with Democrats vs. Republicans as it does anything else. More specifically, how the latter, as well as its base, tend to believe in the governing body’s ideology.

When removing itself from state-by-state battles, specifically in places where Democrats are king, the NCAA might believe it has a better chance to help push through federal law that best serves its own interests. A situation in which Republicans and the governing body use each other in the process to push forward whatever message(s) and bill(s) they’re looking to get off the ground.

There’s also a chance the statement — which is short, with only inference as our ally — is simply lip service for the sake of having a reaction to powerful people dancing around in the realm of college sports.

Latvia And Its 5G Path to Prosperity

What If Russian Disinformation Isn’t As Effective As We Thought?

How One Company Is Contributing To The Solution...

These 5 Things Once Meant Success, Now They...

Be Thankful On Purpose This Holiday Season And...