After setting up offices in European cities like London, Madrid, and Amsterdam, Netflix has now announced the launch of its French headquarters in Paris. Located in the heart of the 9th arrondissement, the new office currently employs 40 people, across films and series, partnerships and marketing teams. “It is a real honor to be in France, with its rich culture and history of storytelling. This office is a sign of our long-term commitment to the country,” said Reed Hastings, Founding Chairman and CEO of Netflix. 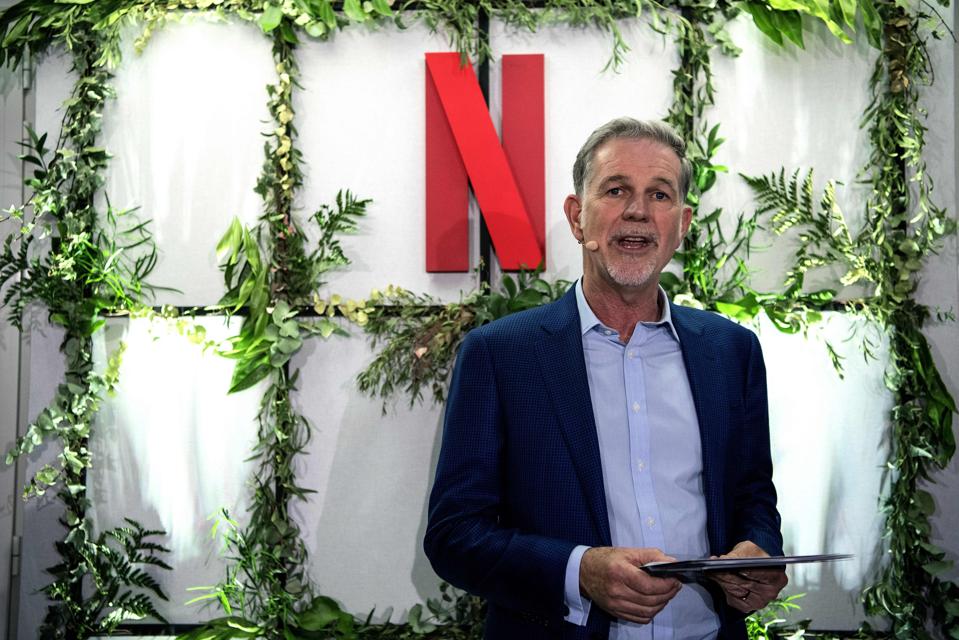 Co-founder and director of Netflix Reed Hastings delivers a speech as he inaugurates the new offices … [+] of Netflix France, in Paris on January 17, 2020. (Photo by Christophe ARCHAMBAULT / AFP) (Photo by CHRISTOPHE ARCHAMBAULT/AFP via Getty Images)

2019 has been a big year for Netflix France as it saw the success of French originals such as the horror and YA sci-fi series Marianne and Mortel, comedies like Plan coeur and Family Business, the feature film Banlieusards, and the crime documentary, Grégory. Netflix France, that was launched in 2014, has already developed 24 French original titles including 6 films, 9 series, 5 stand-up shows, 3 documentaries, and 1 unscripted series. The new office, Hastings added, “will enable us to work even more closely with the French creative community on great shows and films that are made in France and watched all around the world.”

Hastings’ French expansion plans already seem to be on in full-swing with Netflix announcing as many as 20 new French original productions. The streaming service had already announced the 2020 release of shows like George Kay’s Arsène Lupin, Aurélien Molas’ historical thriller series La Révolution, a series called The Eddy that stars Leïla Bekhti and Tahar Rahim, Vampires, and two documentary projects; one about Nicolas Anelka and the other featuring Maître Gims, directed by Florent Bodin.

Adding even more projects to their future roster, Netflix announced the launch of newer productions, all of which will either be directly produced by Netflix or its many production partners. These new shows include César Award-winning filmmaker Jean-Pierre Jeunet’s BigBug, a new season of Frederic Garcia’s YA Sci-fi series Mortel, and Sentinelle, an action-packed film starring Olga Kurylenko. Additionally, the famous screenwriter, Fanny Herrero, is developing a 6-part series that follows the lives of four young comedians trying to find success in the Paris stand-up scene.

Damien Couvreur, Netflix’s Director of Series in France said, “We are incredibly proud of the productions we’re currently filming, the ones we are developing and the ones we’ve unveiled today.” “The establishment of a new French creative hub brings new opportunities for us to work with the best and most exciting creative talent in France and to bring diverse genres and content to everyone who loves French storytelling,” Couvreur added.

Adding to the already remarkable set of announcements, Netflix also announced a series of partnerships with major French creative institutions like La Fémis, 1000 visages, and GOBELINS L’École de l’Image to support emerging talent and to increase diversity within the Netflix community and its productions. These partnerships include residencies, training programmes, and scholarships.

‘Little Women’ Is A Great Business Movie For Everyone—Especially Men