Home Technology Never Get Lost On The Slopes Again
Technology

If you want to know if a new gadget works in the wild, have the military test it out for you.

That’s what the Brooklyn-based start-up LynQ did in creating a long-range “smart compass” designed to find people lost skiing in the snow, adventure hiking in the desert—or engaged in active combat. 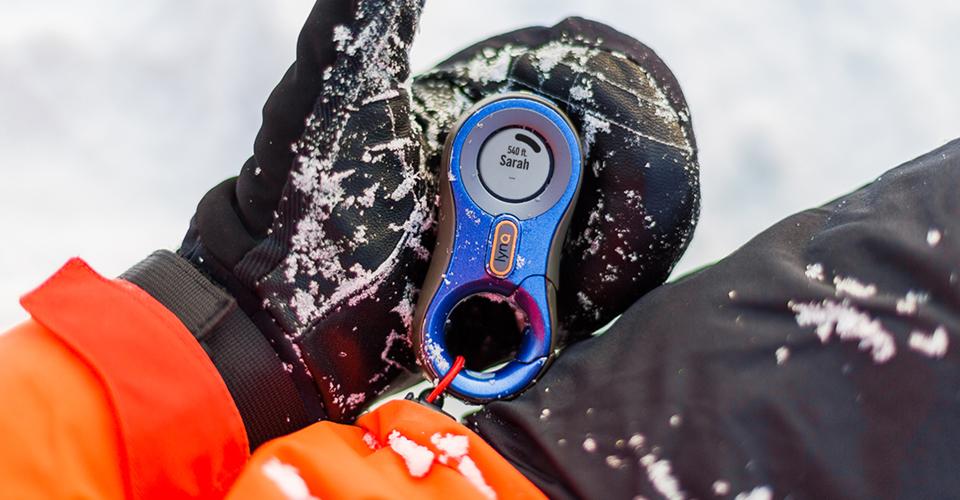 The U.S. Pacific Command field-tested the product in 2017, subsequently releasing a report stating that the use of LynQ reduced time spent locating wounded and unconscious soldiers by 61%. Since then, U.S. Army researchers and Air Force personnel bought the device for potential use in their own search and rescue missions, when time saved can mean the difference between life and death.

Until now, the product has not been available to civilians. But as of January 2020, with $1.7 million in pre-orders, the company will begin shipping product from a fulfillment center in Toronto to its current customer base: North American adventure travelers. (Here’s looking at you, heli-skiing, mountain climbing winter sports fanatics.)

“I’ve been lost on ski trips before. Your phone is never going to work every time. So, we built our own radio protocols, enabling the device to transmit low-bandwidth data for miles without having to rely on cell tower infrastructure,” says Karina Costa, President of LynQ Technologies. A heli-skier herself, Costa left a global director position at TechStars in Boulder, Colorado to launch LynQ out of the Brooklyn-based club for “frontier tech” companies known as New Lab, where engineers make 3D-printed rocket engines and coders build artificial intelligence algorithms to fight Parkinson’s disease. In other words, it’s where innovative start-ups come to compete.

Costa’s market isn’t saturated. While there are many short-range GPS tracking devices out there, starting with the smartphone in your pocket, there aren’t many long-range radio trackers that work off-grid. One called “GoTele” uses similar technology but requires cell phone pairing to function. LynQ works as a stand-alone device with a three-mile tracking range, compared to the 30 to 70 feet you get from Bluetooth communication in most mobile devices. (If you’ve ever walked too far away from your phone and your Apple ear pod music cuts off, you know what this means.) Privacy is another selling point. LynQ doesn’t share your location data outside its own private network because it doesn’t need to.

Essentially, if you merged a walkie-talkie with a compass, you’d get something that looks like LynQ, a peanut-shaped rubber device that is smaller than the size of a ski glove and easily straps to your all-terrain outfit. 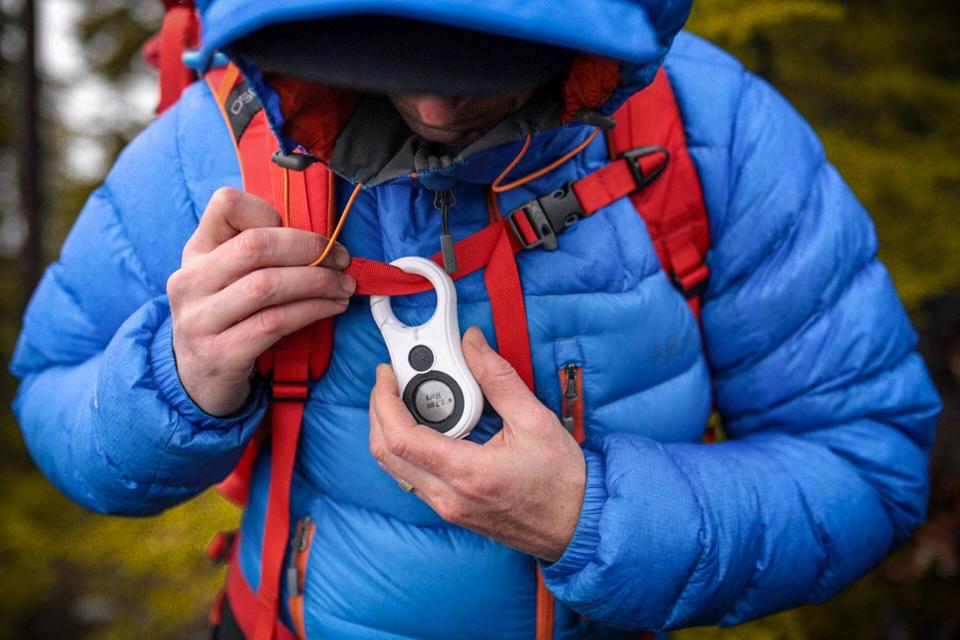 Say the unthinkable happens, and we’re trapped in an avalanche, far away from a cell tower. In this scenario, a GPS (Global Positioning System) alone can’t help us. So, what now? If you have a fancy satellite phone, we might survive. But satellites constantly move, which means the connection can be spotty. On the other hand, radio waves can travel long distances on a very small amount of power. During a winter storm, radio waves are your friend.

So LynQ created lithium battery-powered devices that communicate directly with one another using long-range radio waves. This, combined with GPS-based kinetic positioning tells you where you and your other connected Lynq device friends are located. No cell service or network required. You just look down and the interface will simply display: Steve. 240 feet that way. (Follow the arrow).

It’s a basic, weather-proof gadget with one single button, allowing you to track up to 12 people at a time. For far-flung travelers or pros on a rescue mission, having peer-to-peer communication that actually works is a pretty big deal. And, at $249.00 for a pack of two, the product seems ready for prime time. But, don’t take it from me. Take it from tech fans who raved about Lynq at the CES trade show in Vegas this year. Or from Time Magazine’s “Best Inventions of 2018” roundup. Or, better yet, take it direct from a division of the U.S. Armed Forces, who quite often get first dibs on the best new tech:

“Users on multiple occasions, when not using Lynq, walked within feet of their target without realizing it. In the case of an unconscious or wounded target, a fast recovery is key. Lynq improved efficiency in the search by providing the search team the direction and distance of the target.” ~U.S. Pacific Command, 2017.

Why Is Fastly Stock Down 35% Over The Last Quarter?