Home Business New Hampshire’s Governor Rejects Regional Gas Price Hike, While Other Governors Are Being Urged To Do The Same
Business 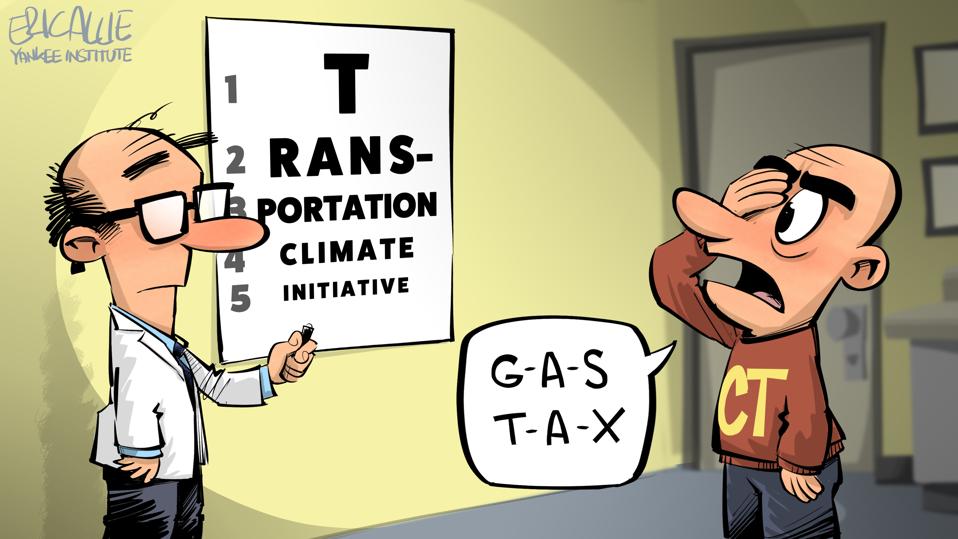 Transportation Climate Initiative proponents don’t want to call their proposal a tax hike, but … [+] critics point out it would have the same result as a gas or carbon tax hike.

BOSTON, Mass. — This past week details were released about the Transportation Climate Initiative (TCI), the proposal to increase the price of gas across nearly a dozen northeastern and mid-Atlantic states with a new regulatory scheme that will now be debated in statehouses across TCI member states over the coming weeks and months.

TCI supporters didn’t have long to celebrate. As the ink was barely dry on the January 17 press release and memorandum of understanding announcing the TCI details, New Hampshire Governor Chris Sununu (R) announced that his state will not be participating in the fuel cost-increasing regulatory scheme that is TCI.

“I will not force Granite Staters to pay more for their gas just to subsidize other states’ crumbling infrastructure,” Governor Sununu told the Boston Herald. “New Hampshire is already taking substantial steps to curb our carbon emissions, and this initiative, if enacted, would institute a new gas tax by up to 17 cents per gallon while only achieving minimal results. This program is a financial boondoggle and the people of New Hampshire will never support it.”

Governor Sununu’s office also pointed out how TCI would inflict financial strain on some constituents more than others, explaining that “rural communities would be left at a severe disadvantage if New Hampshire participated in the TCI, as drivers will bear the brunt of the artificially higher gas prices.”

According to Sununu spokesman Jared Chicoine, the Transportation Climate Initiative “is a huge hit to the wallets of rural drivers. The data makes it clear that — even without the TCI proposal — the market is already projected to reach many of the same environmental benchmarks.”

Massachusetts Governor Charlie Baker (R) says he can impose TCI in his state unilaterally, without the consent of commonwealth representatives and senators. In most other TCI states, however, legislative sign-off will be necessary for ratification.

An important question to be answered is whether other state leaders will follow Governor Sununu’s lead and announce that they will protect their constituents from an effective gas tax hike by not subjecting their state to TCI. In Vermont, Governor Phil Scott (R) deserves a great deal of credit for being the only thing standing between his constituents and a regressive carbon tax hike. Many are now wondering what Scott will do on TCI, a proposal which, like a carbon tax, would drive up the cost of fuel.

Governor Scott’s spokeswoman recently said their administration is “reviewing and analyzing the draft (memorandum of understanding) in full, so it’s too early to weigh in at this point.”

TCI would have the exact same effect on Vermonters as a gas or carbon tax hike. TCI supporters themselves admit that the plan will inflate the cost of gas by as much as 17 cents per gallon. By this logic, many are hoping that Governor Scott will ultimately protect his constituents from energy cost-inflating TCI, as he has done with carbon tax proposals for so many years.

“TCI is a carbon tax. Governor Scott has been vociferously opposed to any carbon tax, statewide or regional, since his initial campaign for governor in 2016,” said Rob Roper, president of the Ethan Allen Institute, a Vermont-based think tank. “In fact, in that campaign when his opponent described her support for a regional, ‘cap and trade’ program designed to expand the Regional Greenhouse Gas Initiative to the transportation sector, which is what TCI is, Scott said, ‘Sounds like she supports a carbon tax!’ So, if Scott is consistent with his campaign promises and his recent policy statements, he should not be long in following New Hampshire out of this bad bargain.”

“With much higher fuel costs Massachusetts small businesses on the New Hampshire border now risk losing customers to a lower cost state, as well as the sale of soda, cigarettes and snacks,” Christopher Carlozzi, Massachusetts director of the National Federation of Independent Business, told the Boston Herald. “Consumers will already travel over the border to save a few cents a gallon, but if it’s 17 cents they certainly will drive to New Hampshire for cheaper gas, which hurts Massachusetts state revenues.” 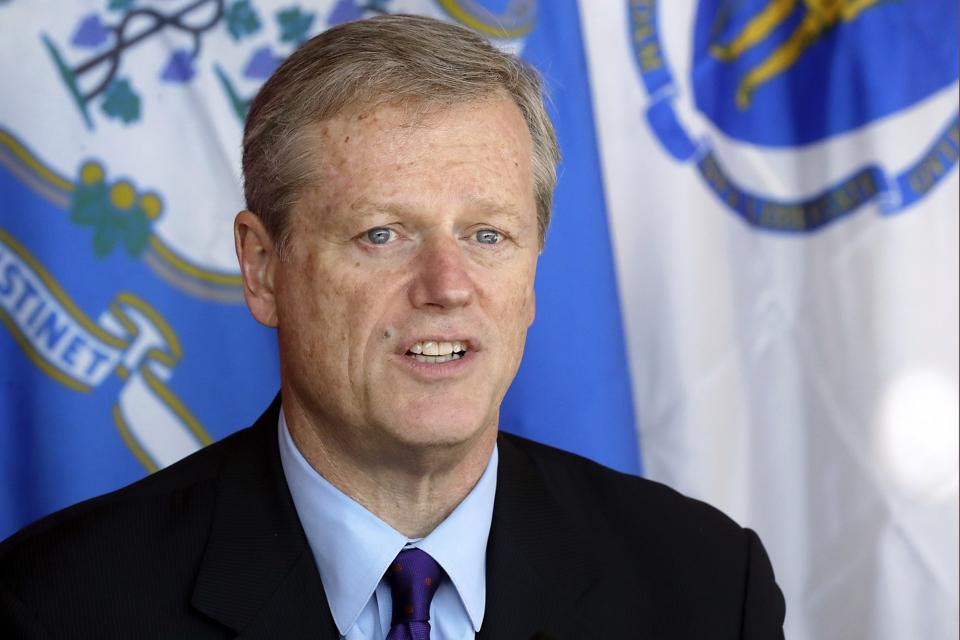 On Tuesday, December 17, the day TCI was rolled out, a coalition of non-profit organizations from across 13 northeast and mid-Atlantic states, plus the District of Columbia, sent an joint open letter to public officials urging opposition to TCI:

“Gas taxes are regressive in nature. The TCI will hurt lower-income and rural residents much more significantly than their higher-income, urban peers,” the open letter explained. “Since motor fuels are economically ‘inelastic,’ the higher costs imposed by the TCI’s fuel tax will have to come out of other areas of household budgets. People already struggling to make ends meet will be forced by their own governments to make painfully difficult choices. Economically speaking, this is bad policy. Morally speaking, it’s just cruel.”

That coalition letter also noted that TCI would raise fuel costs for motorists and direct that additional revenue away from roads. The letter notes that “unlike motor fuel taxes levied to pay for roads, bridges, and transportation infrastructure (a reasonable fee for use), the TCI would be the equivalent of a ‘sin tax’ – a penalty for engaging in bad behavior.”

Organized labor is already expressing concern about the Transportation Climate Initiative, which provides another example of the frequent conflict between the policy goals of green advocacy groups and the livelihoods of union workers who are employed in the fossil fuel industry.

In response to the Transportation Climate Initiative rollout, Vermont AFL-CIO issued a statement on December 29 proclaiming that the union “supports a true, union based, Green New Deal for Vermont (and beyond). But central to our vision for a socially just, renewable energy future (built & maintained with union labor) is that such a bold social project needs to be funded through progressive taxation and other creative means which do not regressively put more burdens on low income & working class people.”

In addition to the adverse economic consequences associated with the effective tax hike imposed by TCI, critics of the proposal contend that the project will have a negligible impact on emissions. TCI supporters themselves admit that transportation-derived carbon emissions are projected to drop by 19% in the decade from 2022-2032 even if TCI is not implemented.

If TCI is implemented, supporters project that reduction in emissions would increase from 19% to at least 20%, and possibly as much as 25%. Put another way, TCI supporters project that enactment of the cap and trade-like regulatory scheme will speed up the already projected emissions reduction over the next decade by one to five percentage points.

Will the Democratic takeover in Richmond mean that Virginia signs on to TCI? Will Pennsylvania Governor Tom Wolf (D) seek to impose TCI unilaterally, or will he allow elected officials in the Keystone State House and Senate to have a say? Will Governor Phil Scott protect his constituents from this latest proposal to impose a regressive tax hike, just as he has done with past efforts to enact a carbon tax in Vermont? The answers to these important questions, all of which will become evident in early 2020, will determine the fate of TCI and whether motorists across nearly a dozen states will pay higher gas prices that are artificially inflated in a new, more opaque manner.

Oklahoma City’s Point Guard Trio Is Working Out As Planned

Michael Avenatti Convicted Of Extortion, Faces Up To...

When Will Tesla Make A Profit?