New Jersey became the latest state to protect individuals from civil forfeiture, which lets police and prosecutors confiscate property without ever having to charge someone with a crime. Signed by Gov. Phil Murphy last week, under the new law (A.4970), prosecutors will need to secure a criminal conviction to forfeit property valued at or below $10,000, or less than $1,000 in cash. Any property seized under those thresholds will have to be returned if an owner is acquitted, or if prosecutors dismiss or don’t bring charges.

“Far too often, individuals involved in cases of this nature face the onerous task of reclaiming their property in a system that can make doing so more expensive than the property itself,” the bill’s Assembly sponsors, Nicholas Chiaravalloti (D-Hudson), Shavonda Sumter (D-Bergen, Passaic) and Nancy Pinkin (D-Middlesex), said in a joint statement. “This measure is designed to ensure that, barring a criminal conviction, an owner can reclaim their property more readily and fairly.”

The state’s new conviction requirements should apply to the overwhelming majority of property confiscated by New Jersey law enforcement. Data analysis by the Institute for Justice found that between 2014 and 2018, county prosecutors forfeited over 1,200 vehicles, more than 90% of which were worth $10,000 or below. 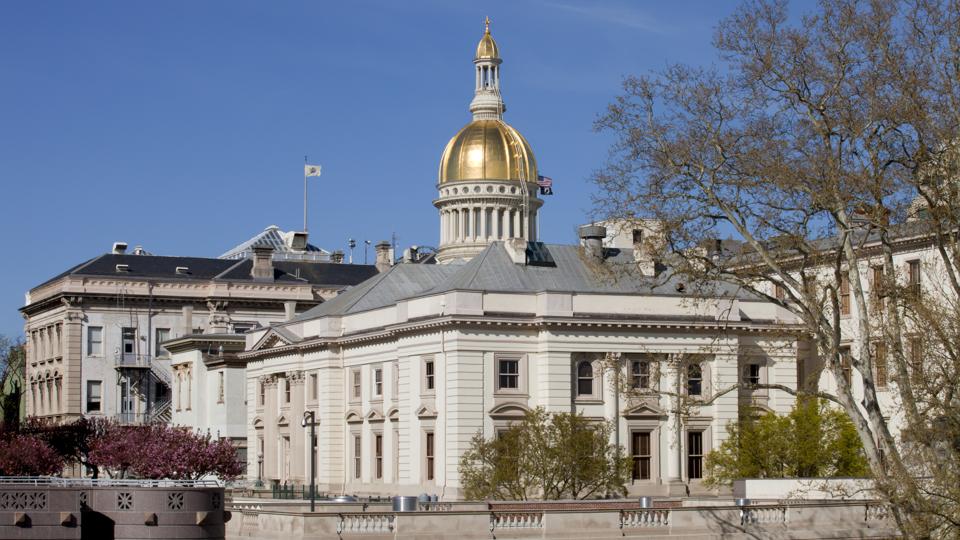 Moreover, one study by the ACLU of New Jersey found that in Hudson County, which reported the most number of forfeiture actions, half of the county’s seizures involved property valued less than $175. The ACLU-NJ report also determined that civil forfeiture “disproportionately harms people of color in New Jersey,” as “areas with greater minority populations tended to have a higher number of seizures.”

“New Jersey has some of the worst civil forfeiture laws in the nation, and we hope this legislation will build momentum for further reforms,” said Institute for Justice Senior Legislative Counsel Lee McGrath. “Along with our coalition partners at the ACLU of New Jersey and Americans for Prosperity, we will keep fighting until New Jersey’s rigged system is abolished, once and for all.”

Unfortunately, the bill is hampered by limitations. First, at $1,000 for cash and $10,000 for all other property, the state’s conviction thresholds are some of the lowest in the nation. Of the 15 other states with conviction prerequisites for civil forfeiture, just three—California, Ohio, and Iowa—exempt property over a certain value. And among those three, only Iowa’s threshold of $5,000 for all property is lower than New Jersey’s new law.

Most worryingly, A.4970 does not apply to cases where no one has filed a claim for the seized property. Since hiring an attorney often costs more than the property itself, very few have the means to fight back in court.

Earlier this month, the legislature released a fiscal estimate that shines a light on this issue. Civil cases involving disputes of up to $15,000 (including forfeiture) are heard in the Law Division’s Special Civil Part DC-docket. In 2017 and 2018, there were 6,934 forfeiture filings. Yet only 681 of those filings—less than a tenth—had answers filed.

The ACLU-NJ study painted an even bleaker picture. Between January and May 2016, prosecutors filed 1,860 forfeiture actions statewide. But only 50 forfeiture cases—less than 3%—were actually challenged by the property owner. This strongly suggests that New Jersey’s new conviction requirement, while certainly laudable, will most likely have a minimal impact in curbing abusive forfeitures.

Nor does A.4970 address the Garden State’s perverse financial incentives for law enforcement. Incredibly, once property has been auctioned off, local agencies can retain up to 100% of the proceeds. Thanks to this motivation to police for profit, forfeiture has generated nearly $63 million in proceeds for police and prosecutors. Little wonder then that a recent report by the Institute for Justice found that “law enforcement agencies pursue forfeiture less to fight crime than to raise revenue.”

“No one should mistake this bill for a comprehensive fix of New Jersey’s shameful forfeiture laws,” McGrath added.

Minnesota provides a sobering example. Back in 2014, the state enacted a law that requires a criminal conviction or its equivalent to forfeit property in civil court; like New Jersey, Minnesota legislators also did not block agencies from retaining forfeiture revenue. By 2018, the number of completed forfeitures had actually increased by nearly 20%. Not only that, forfeiture has arguably become more profitable for law enforcement too. Between 2014 and 2018, the amount of net proceeds agencies collected from forfeiture rose from $6.88 million to $8.29 million.

In other ways, Minnesota’s forfeiture activity has remained remarkably constant. In recent years, roughly 60% of seizures involve vehicles while around 95% of forfeiture cases were filed against property valued at under $5,000.

A better option would be to follow the lead of Nebraska, New Mexico and North Carolina and abolish civil forfeiture. In those states, property is confiscated with criminal forfeiture. Although this may sound the same as requiring a criminal conviction for civil forfeiture, the two approaches are radically different.

Even with a conviction requirement, civil forfeiture still preserves a two-track system. Defendants are prosecuted in criminal court, while their property is litigated in civil court. Since civil forfeiture cases are civil proceedings, owners aren’t guaranteed the same protections for due process as they are in criminal cases, like the right to a court-appointed forfeiture. On the other hand, criminal forfeiture is imposed when sentencing defendants, who are entitled to many of the due process protections they had during their criminal trial.

Critically, for civil forfeiture, owners must file a claim for their property or risk permanently losing it. Yet onerous red tape, the high cost of litigation, and even concerns about potential law enforcement retaliation deter the overwhelming majority from going to civil court. In Minnesota, barely 17% of drug and DUI-related forfeiture cases were contested by the owner in 2018.

“In the next session, we urge the New Jersey Legislature to end civil forfeiture and replace it with criminal forfeiture,” noted McGrath. “Ending the arbitrary practice of litigating the same alleged crime in two different court systems is the only real means to address this abuse.”