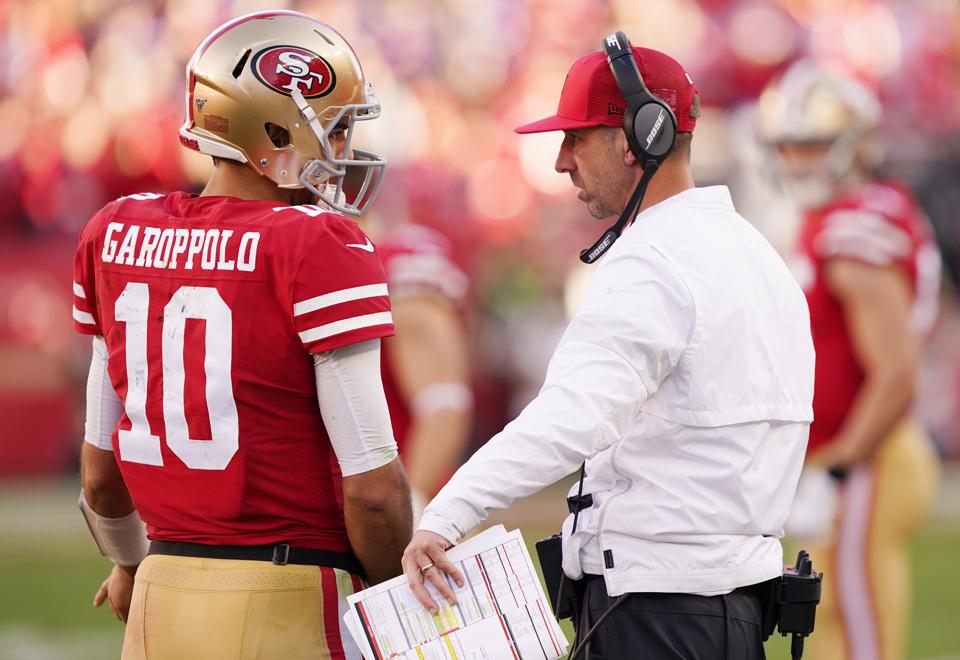 Jimmy Garoppolo and Kyle Shanahan were snubbed out of major awards during NFL honors ahead of Super … [+] Bowl LIV. (Photo by Thearon W. Henderson/Getty Images)

The NFL Honors were held from Miami Saturday evening, one day before Super Bowl LIV between the Kansas City Chiefs and San Francisco 49ers.

However, Tennessee Titans quarterback Ryan Tannehill earned Comeback Player of the Year over 49ers signal caller Jimmy Garoppolo. Given that Tannehill started 11 games a season ago, it was somewhat of a shock.

Tannehill, quite simply, came back from playing like a pedestrian quarterback in 2018. He did put up stellar numbers en route to leading Tennessee to a surprise appearance in the AFC Championship Game, completing 70% of his passes with 22 touchdowns and six interceptions.

Garoppolo came back from suffering a torn ACL three games into the 2018 season. In the process, he led the 49ers from a 4-12 record to winning 13 games and an appearance in Super Bowl LIV. He completed 69.1% of his passes for nearly 4,000 yards with 27 touchdowns and 13 interceptions. Garoppolo led the 49ers to an average of nearly 30 points per game while finishing in the top five in completion percentage, passing touchdowns, yards per attempt and yards per completion. 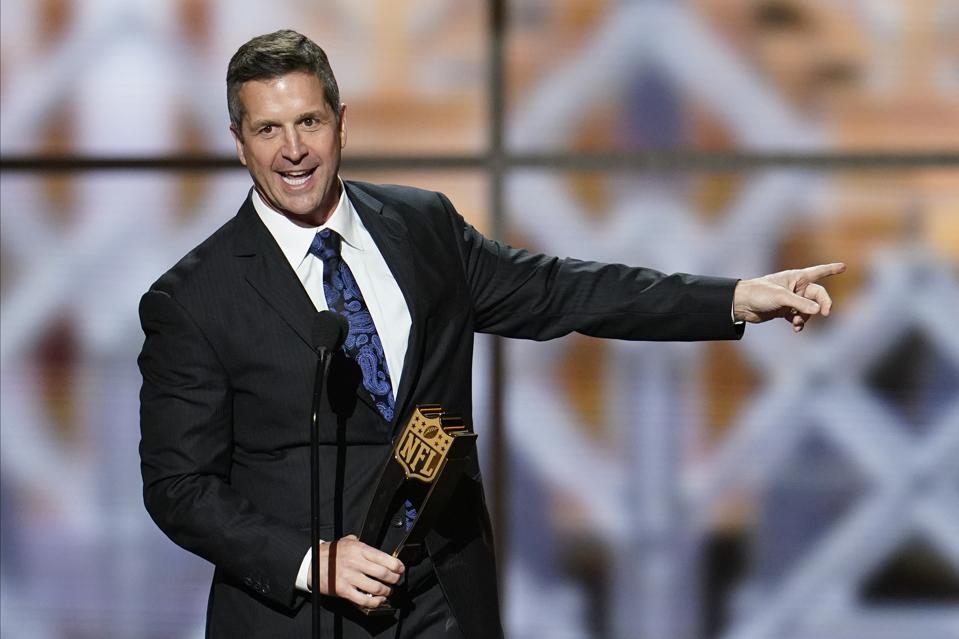 Equally as ridiculous, Baltimore Ravens head coach John Harbaugh earned Coach of the Year honors over Kyle Shanahan. Sure the Ravens finished this past regular season with a league-best 14-2 mark. But here’s a team that won 10 games the season prior.

San Francisco? It earned four wins in 2018, only to finish the 2019 season with a 13-3 mark and as the No. 1 seed in the NFC en route to a Super Bowl appearance. I am not sure what the qualifications were here.

This isn’t to say Tannehill and Harbaugh were not deserving of being mentioned as finalists for the awards. It’s just pretty crazy that a team one victory from going from four wins to the Lombardi did not earn these awards. As for Comeback Player of the Year, 20 of the first 21 winners were players coming off injuries. Tannehill joins Philip Rivers as the only player not coming off an injury to earn the award.

The good news for the NFC champs is that stud edge rusher Nick Bosa was a near unanimous pick for Defensive Rookie of the Year. Bosa put up one of the top performance from a rookie defender in recent league history.

Bosa received 43 of the 50 first-place votes for the award. He followed up a nine-sack regular season by putting up three sacks in the 49ers’ two playoff wins heading into the Super Bowl.

The 2020 Pro Football Hall of Fame class was also announced Saturday night. Congratulations are in order for Edgerrin James, Steve Atwater, Isaac Bruce, Steve Hutchinson and Troy Polamalu. 49ers general manager John Lynch was a finalist once again, but did not earn that invite to Canton. 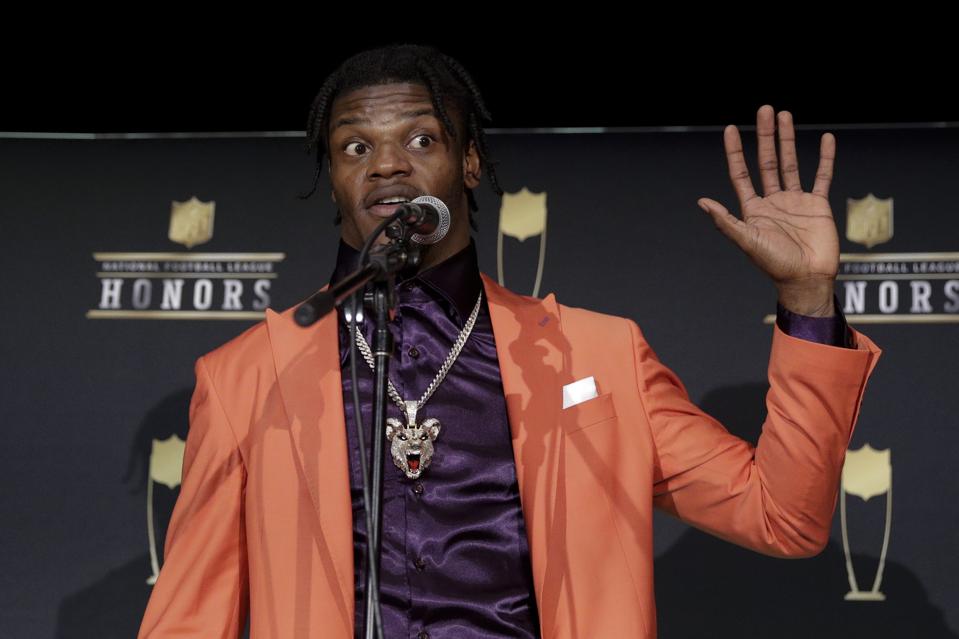 Jackson became just the second unanimous MVP winner, joining Tom Brady (2010) in that exclusive club. The sophomore quarterback put up 4,333 total yards to go with 43 total touchdowns and just six interceptions. This was not a hard selection.

Thomas broke the NFL single-season record with 149 receptions. He also tallied 1,725 yards and caught north of 80% of the passes thrown in his direction. Again, this was not a hard pick. What’s crazy here is that Thomas is just 26 years old.

This former Buffalo Bills first-round pick broke out big time in New England this past regular season, leading the NFL with 20 passes defended and six interceptions. He also allowed a completion percentage of under 50.

Majestic. That would be the best way to describe what we saw from Murray as a rookie. He broke the rookie record for most consecutive passes without an interception. When all was said and done, Murray accounted for almost 4,300 total yards with 24 touchdowns and 12 interceptions.

WWE NXT And AEW In Dead Heat As...

The FC Barcelona Team Of The Decade