Home Business November Jobs Report: Strong Across The Board
Business

November Jobs Report: Strong Across The Board 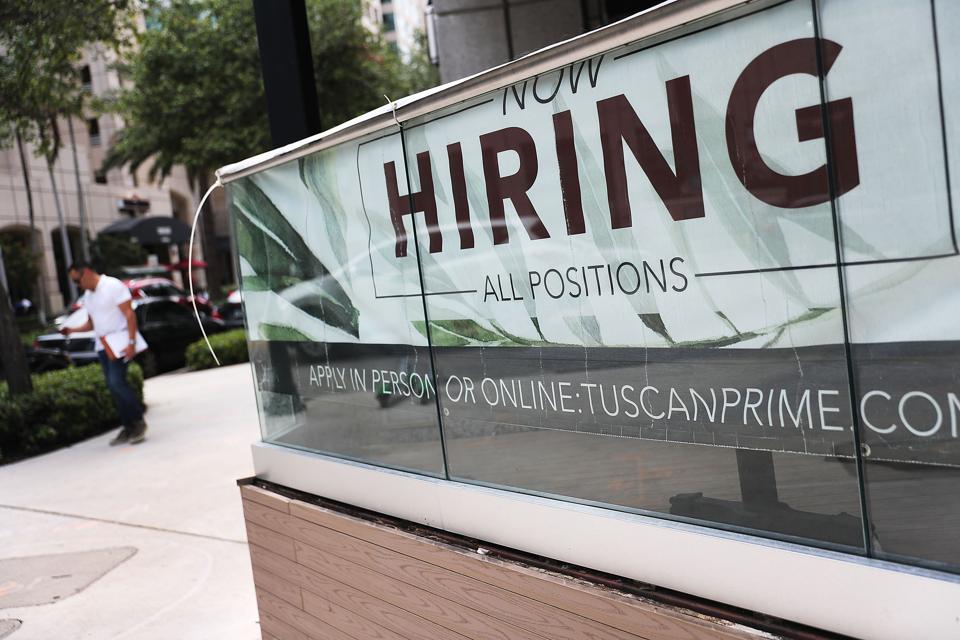 Employment in America looks strong, almost too strong.  Unemployment in November came in at 3.5% of the workforce, a 50-year low. The Labor Department indicated progress across every demographic – gender as well as race and all age cohorts. Payrolls expanded by 266,000 in November, a huge figure by any standard. Of course these statistics bounce aground from month to month, but the trends over several months look strong and that is especially significant. The only reservation here is that such a fully employed economy may have less of the labor fuel it needs for future growth.

The Labor Department’s November report was upbeat across the board. Most of the growth in payrolls occurred in the private economy, 254,000 of the total. Though mining payrolls fell slightly, all other major industries showed at least some employment growth. Manufacturing, which had suffered some jobs losses in previous months, caught up in November with a 54,000 jump in payrolls. Services, the country’s biggest employer, saw its payrolls jump 206,000 last month, with the biggest jumps in health care (60,0000) and professional services (38,000).  Even the government sector showed a welcome mix of jobs growth. Federal payrolls fell by 1,000 and state payrolls were flat, but local government employment rose 13,000. That is fire and police, teachers and nurses.

One other statistic offered encouragement that the good news is real. Retail payrolls expanded by 2,000 workers. Jobs growth statistics at this time of year are always suspect, because of holiday hiring. The seasonal adjustments applied by the Bureau of Labor Statistics are supposed to remove this temporary effect, but they can mislead.  If they had in this case, the upward distortion would have shown particularly in retail hiring.  It clearly did not, suggesting that in at least this one important way, the overall picture suffered no distortion and is accordingly reliable.

Hours figures were equally encouraging. Total weekly hours in the private economy held up at 34.4 for the average employee. Overtime in manufacturing slipped slightly from 3.2 hours a week in October to 3.1 in November, which was also down form 3.5 a year ago. This seemingly minor fact has significance. Manufacturers typically use overtime to meet what they consider temporary surges in activity and only hire when they are more confident that their sales will hold up going forward. It seems that in November they began to shift from overtime to hiring. They may be wrong, of course, but the confidence itself points to economic improvement and continued hiring gains in coming months.

Wages, too, continued the moderate rate of improvement they have shown all year. In November hourly wages in the private economy averaged $28.29, up from $27.43 a year ago, while weekly wages in November averaged $973.18, up from $943.59 a year ago. Both figures show a 3.1% gain for the last 12 months. Since consumer prices during this time rose some 1.8%, the implication is that real wages rose on average some 1.3%. That might seem small, but it is a vast improvement from prior years, and it can make a difference in the lives of working men and women.

Further encouragement lies in the broad base of these real wage gains.  All major industries and trades were tightly clustered in the gains they exhibited. The greatest gain, in mining (6.8%), clearly reflects the shale boom. For the rest, the figures all fell between annual gains of 2.0% and 4.0%. The lowest, in manufacturing at 2.2%, still exceeded increases in the cost of living.

The December figures may take some of the blush off this rose of a November picture. That may even be likely, as the last month of the year is even more subject to seasonal distortions than is November, despite the best efforts of the fine statisticians at the Bureau of Labor Statistics. But the trends are favorable.  Even the low rate of unemployment threatens future labor constraints less than it might seem, since the population’s participation in the workforce is lower than in the past and seems to be trending upward, albeit haltingly. A rise in participation could easily provide that additional necessary supply of labor.

Why Patients And Care Teams Should Co-Design Healthcare Technologies

3 Tips For Incorporating AI In The Automotive Industry

Has Lisa Page Inherited The Mantle From Monica...

Gwyneth Paltrow’s Goop Should Stay In Its Lane,...

Does Kelly Olynyk Still Have A Role In...