Oklahoma City’s Point Guard Trio Is Working Out As Planned 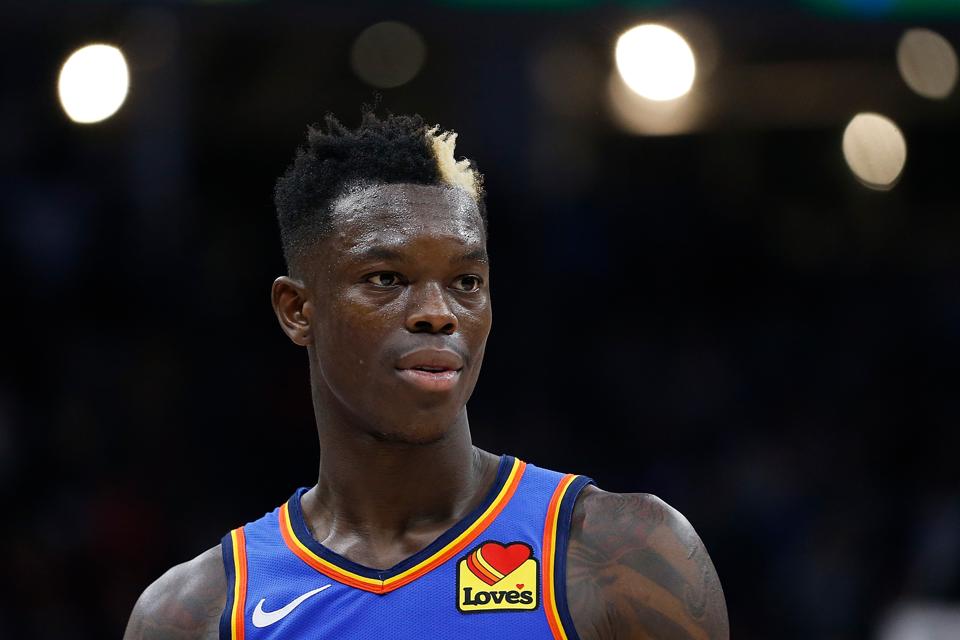 Before the 2019-20 NBA season kicked off, there were questions about how the point guard rotation would look for the Oklahoma City Thunder. Between Chris Paul, Dennis Schroder, and Shai Gilgeous-Alexander, all three were starting-caliber point guards and had proven success as starters in the past.

While many speculated that one of the three would be traded before the start of the season to simplify the rotation, that was not the case. At the start of training camp, all three came in ready to work. During the 2019 Oklahoma City Thunder Media Day, Billy Donovan alluded that there would be times throughout the 2019-20 season in which all three of these point guards would share the floor at the same time.

Through the first 28 games of the season, Paul, Schroder, and Gilgeous-Alexander have shared the floor at the same time for 161 total minutes. The result has been nothing but spectacular.

This trio also has a net rating of +24.7, not to mention a +33.3 in fourth quarters. They’ve also been hot from the field with a combined 66.0 true shooting percentage. Together, they produce 52.6 points, 13.4 rebounds, 12.9 assists, and 3.4 steals per game. They are the three top producers of assists as well as make up three of the top four scorers and three of the top rebounders on the entire Thunder roster. The point guard production on this team can’t go unnoticed.

While this is a great start to the season for them, let’s take a look at the impressive seasons these three point guards are having individually.

Dennis Schroder is averaging 17.8 points, 3.9 rebounds, 3.7 assists, and 0.7 steals on 84.1 percent from the free throw line. His 17.8 points per contest is good for 11th among all point guards in the NBA. He also leads the NBA in ESPN’s Real Plus Minus among all point guards. He has had 16 straight games in double figures and is emerging as an NBA Sixth Man of the Year candidate.

Chris Paul is averaging 16.2 points, 6.3 assists, 4.4 rebounds, and 1.7 steals per game on 89.6 percent from the charity stripe and 37.9 percent from deep. His 16.2 points per game are good for 15th among all NBA point guards. He has been an excellent locker room leader all season, being a huge part of the recent back-to-back 20+ point comebacks the Thunder put together. Paul even got the team suited up for the game against the Memphis Grizzlies. It is clear that this young team is having fun on and off the court, and Paul seems to be enjoying the ride.

Shai Gilgeous-Alexander, who looks to be the team’s point guard of the future, is averaging 18.6 points, 5.1 rebounds, 2.9 assists, and 1.0 steals on 35.0 percent 3-point shooting. Starting at shooting guard all season has proven to really expand his horizons and versatility on both ends of the floor. He’s proven that he can be a high-level producer at both the starting point guard and shooting guard position in the NBA, even at just 21 years old. Listed as a shooting guard by most statistical outlets, he finds himself at 12th among shooting guards and 26th among all guards in the league when it comes to points per game. In his last game against the Phoenix Suns, he had a career-high 32 points.

The question now is how long will all three of these players be in Oklahoma City together? It appears as of now, Chris Paul’s contract may keep him in Oklahoma City longer than originally planned and it would probably take an absurd offer to pry Shai Gilgeous-Alexander from the Thunder. This leaves Dennis Schroder as the most likely to be traded among the three. There are plenty of teams who could use a major bench spark as they make a push for the playoffs.

You have to give Billy Donovan props for figuring out the rotation with Paul, Schroder, and Gilgeous-Alexander all deserving many minutes. He has made it work great and played them together at the perfect moments. These three have been one of the NBA’s best trios this season.

Persuasion: How To Convince People To Act On...

This Cyber Monday, Get Everything You Need For...