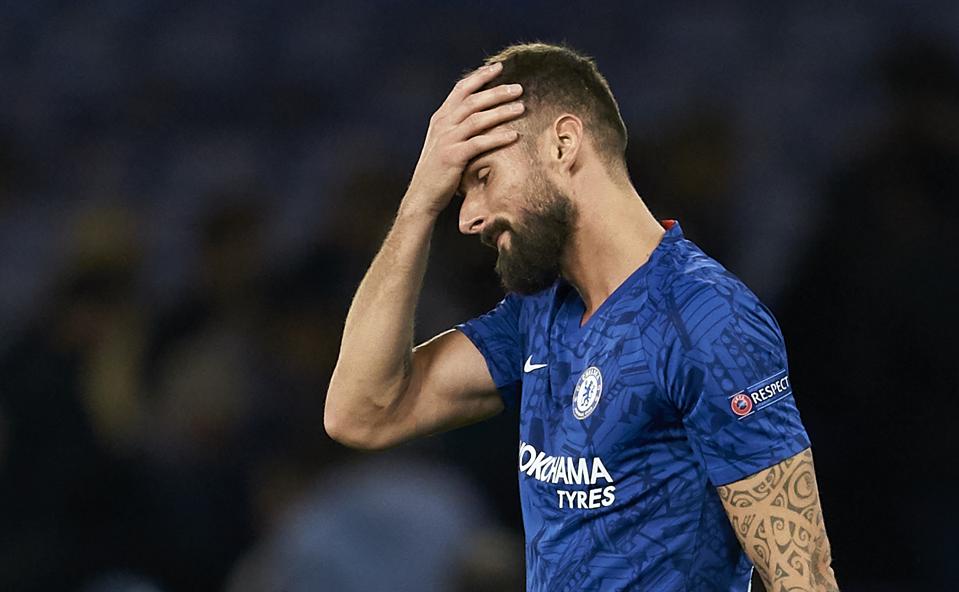 Juventus manager Maurizio Sarri is keen on a reunion with Chelsea striker Olivier Giroud this January.

Sarri recently missed out on the signing of Erling Braut Håland with the 19-year-old striker opting to join Borussia Dortmund. Juventus were heavily linked with a move for the former Red Bull Salzburg forward, who netted eight goals in the Champions League this season and will now turn their attention to Giroud.

The Italian manager has highlighted the 33-year-old striker as the perfect replacement for Mario Mandžukić who left the Turin-based club to join Qatari side Al-Duhail after four and a half years at Juventus.

Giroud claimed ‘it would be difficult to stay at Chelsea’ given his lack of game time and is set to hold crunch talks with Frank Lampard ahead of a potential winter move. The French international is keen to link-up with his former boss Sarri at the Allianz Stadium, having featured just seven times this season.

Several clubs such as Bordeaux, Lyon, Inter Milan and Rangers are keen on his services, so the Old Lady need to act fast should they seal a deal for Giroud. Here are three alternatives if Juventus miss out. 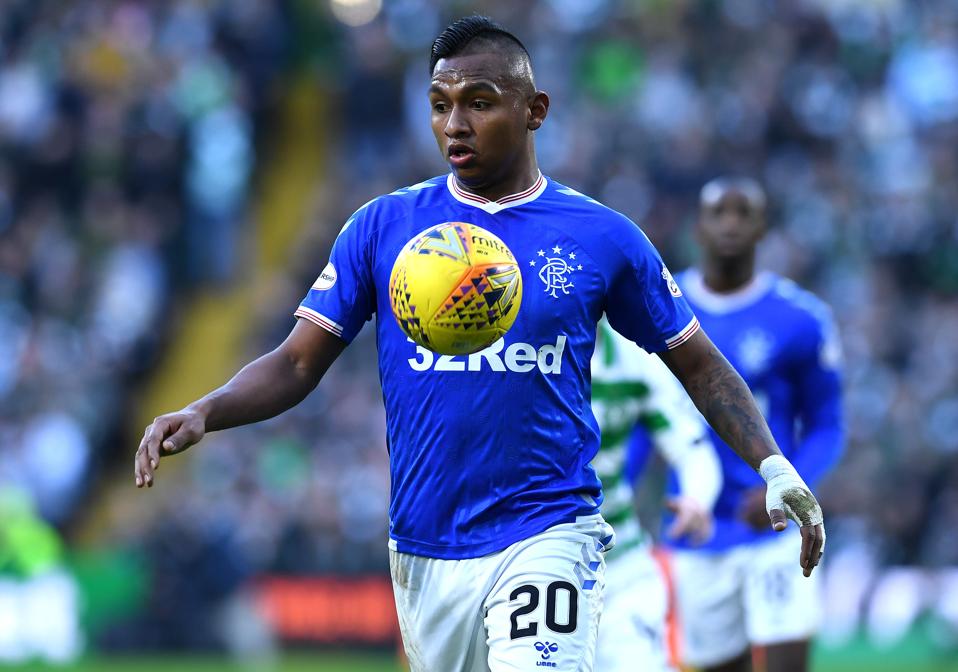 GLASGOW, SCOTLAND – DECEMBER 29: Alfredo Morelos of Rangers during the Ladbrokes Premiership match … [+] between Celtic and Rangers at Celtic Park on December 29, 2019 in Glasgow, Scotland. (Photo by Mark Runnacles/Getty Images)

The 23-year-old, who has an impressive 12 goals and one assist so far this campaign, continues to be linked with a move away from Ibrox. Steven Gerrard has previously made it clear the Colombian international isn’t for sale, but Juventus may wish to test Rangers’ resolve with a bid this January as they look to fill the void left by the departed Mandžukić.

Although there would be a hefty fee, Rangers would be unlikely to replace Morelos’ goals for as little as the $1.3million they paid to bring him to Scotland from HJK Helsinki in June 2017. Morelos, who is dubbed ‘El Buffalo’, has previously been likened to Juventus’ Paulo Dybala by teammate Filip Helander, who claims he’s as good as anyone he’s ever played against.

Sarri would be wise to target Morelos who netted 28 goals in all competitions last season. The striker certainly has the attributes to play at Juventus and would take Serie A by storm. However, somebody of Morelos’ calibre needs to be playing week-in-week-out and therefore it remains to be seen whether the Colombian would be happy to settle for a place on the bench. 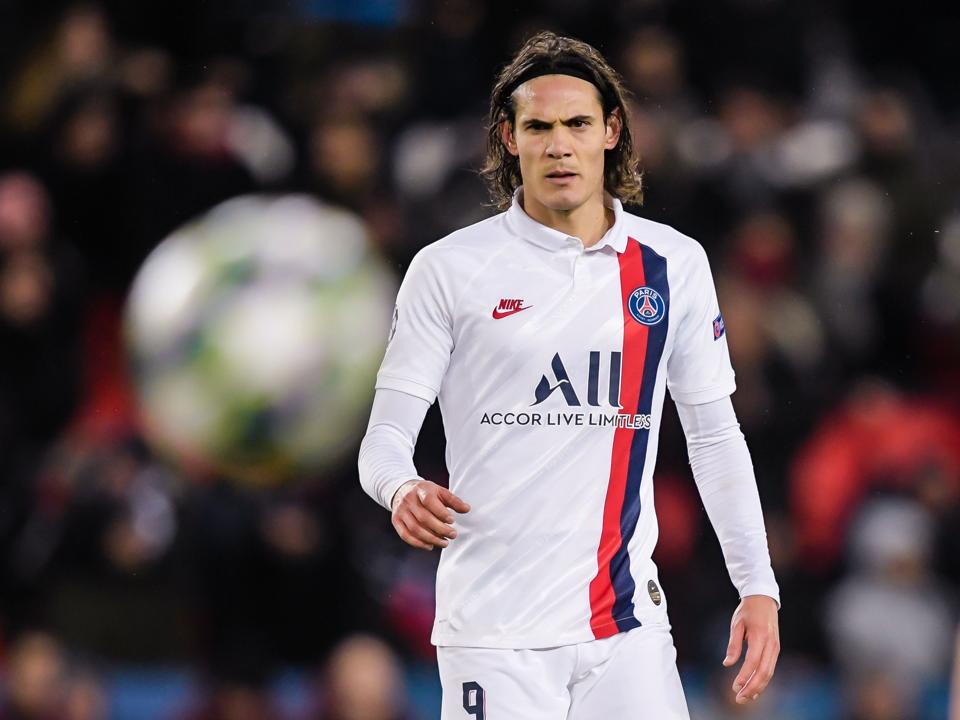 Edinson Cavani of Paris Saint-Germain during the UEFA Champions League group A match between Paris … [+] St Germain and Galatasaray AS at at the Parc des Princes on December 11, 2019 in Paris, France(Photo by ANP Sport via Getty Images)

If Juventus are to target Cavani, they would have to act fast to secure the Uruguayan’s signature. The 32-year-old is subject of interest from Atlético Madrid with Diego Simeone running the rule over the striker and keen to secure a deal.

Cavani has featured in just eight Ligue 1 games this season and 11 in all competitions due to injury. PSG’s all-time leading goalscorer certainly knows where the goal is and despite his age, he would be an impact player from the bench. The experienced forward will become a free agent when his deal at Paris Saint-Germain expires in the summer, so Cavani may choose to wait until then to expand his options.

Cavani is searching for regular game time suggesting a move to Juventus seems highly unlikely due to the number of strikers in the Juve ranks. Nevertheless, should Sarri manage to get his hands on the player, he would certainly provide stiff competition for the likes of Dybala, Gonzalo Higuaín, Douglas Costa and Federico Bernardeschi. 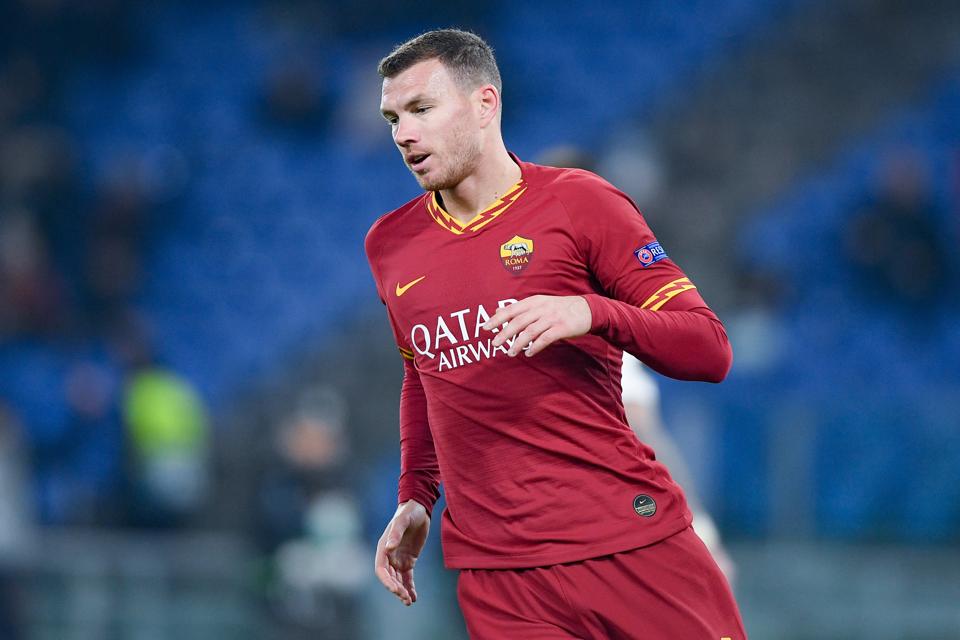 Edin Dzeko of AS Roma celebrates scoring second goal during the UEFA Europa League match between AS … [+] Roma and Wolfsberger AC at Stadio Olimpico, Rome, Italy on 12 December 2019. (Photo by Giuseppe Maffia/NurPhoto via Getty Images)

Roma talisman Džeko is another option for Sarri to consider should Juve miss out on Giroud. The 33-year-old is no stranger to Serie A and has netted 10 goals in all competitions so far for the Giallorossi.

Despite being a fan favourite and signing a new three-year contract with Paolo Fonseca’s side last summer, Džeko may wish to turn his back on AS Roma and head to Turin as the prospect of winning Serie A, and therefore gaining Champions League soccer may be too powerful for him to turn down.

Finding Your Genius Within In 2020

How To Watch Or Stream UFC Fight Night...

The Celtics At The Break: Is This Their...

Did You Know You Can Host The Oscars?