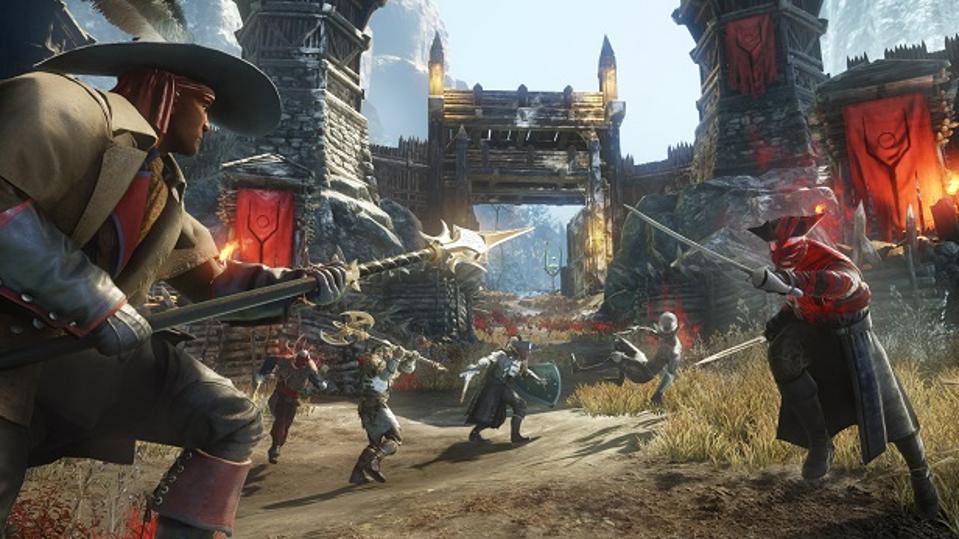 During The Game Awards tonight Amazon Games revealed that its upcoming genre-blending MMORPG, New World, is officially slated for a May 2020 release. Previously it was in alpha testing earlier this year, but was pushed back out of alpha for the developers to focus on adding new features and more polish.

Based on the Steam page summary, it sounds like the premise is sort of like a survival-focused sandbox design with an emphasis on player-defined territories like cities and regions: “Overcome the brutal legions of The Corrupted and draw battle lines with competing players in this land of danger and opportunity. In a land hell-bent on your destruction, what will you do to survive? Strike out alone to forge your own heroic path, or band together, fortify, and fight.”

If done well, it could foster a serious PvP community. The rest of the Steam page and website are filled with flowery words about an ancient evil and the end of humanity, implying the game’s name, New World, is a not-so-subtle hint that you’ll be tasked with picking up the pieces and re-founding society in a way. It’s not an original idea, but the aesthetics are certainly eye-catching and the cinematic trailer above is very impressive.

Characters will be able to use melee attacks, ranged attacks like bows and arrows, and magic-based attack in New World as well, as well as craft and customize gear. There will be “epic wars with other players” which once again points towards a big focus on PvP. I’m getting a lot of Darkfall vibes from all of the footage and descriptions thus far.

“New World is an open world MMO, set in the Age of Exploration. It’s the 17th century, and it takes place on the island of Aeternum, a supernatural island in the middle of the Atlantic Ocean. It features action-RPG combat with massive siege battles and a rich crafting system and character progression. We have solo and player-versus-player experiences.”

The “Company” system is also mentioned, which sounds like the in-game version of player-ran clans, or large guilds. They’ll include not just a way to invite and organize members, but the actual trappings of governmental structures with power organizations, hierarchies of leadership, and a command line made up of fighters, crafters, traders, and more. This bit reminds me a lot of Ultima Online or Legends of Aria, from the sounds of it, especially considering its classless progression system.

New World is due out in May 2020 at the base retail price of $39.99 or a Deluxe Edition for $49.99 which includes fancy armor and weapon skins, a house pet, an emote set, and digital art book.

All pre-orders will get closed beta access April 2020 ahead of launch, a unique amulet, a unique in-game title, an emote, and unique guild crests for gear. 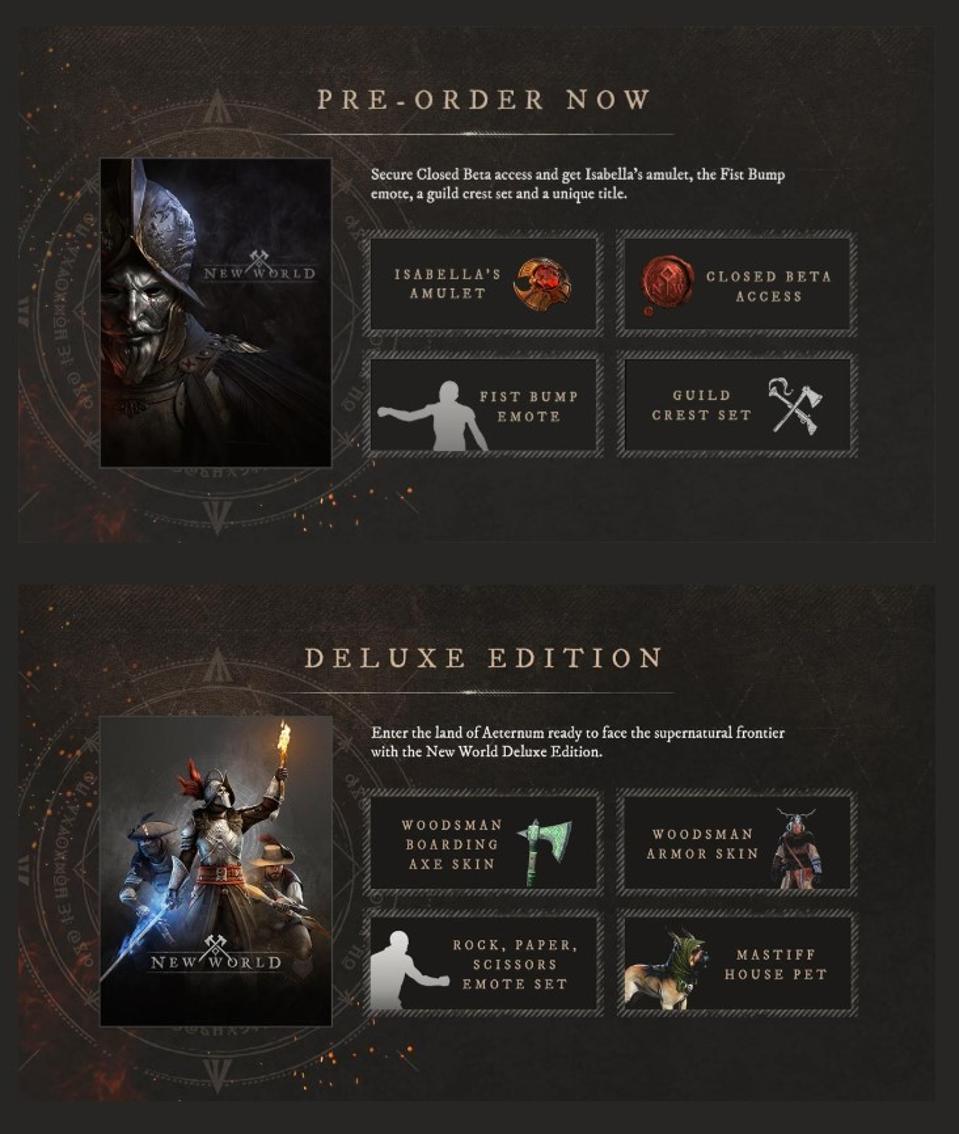 For more details, visit the official New World website which has lots of new details about the game and check out the Steam page.

Can The Green Deal Stop Europe From Becoming The Museum Of The World?