Mark Carleton admits he doesn’t know much about either cupcakes or rubber gaskets, but you can bet he knows something about the shop floors where they’re made by the hundreds or thousands. At that level, the manufacturing challenges for the two products start looking pretty similar.

“Can we deliver the order by then? Do we have the materials? Will we need overtime?” says Carleton, a Cambridge-trained engineer and COO of UK-based MESTEC. Carleton helped build the cloud-based MESTEC software that gives operation directors the info to make these kinds of calls. 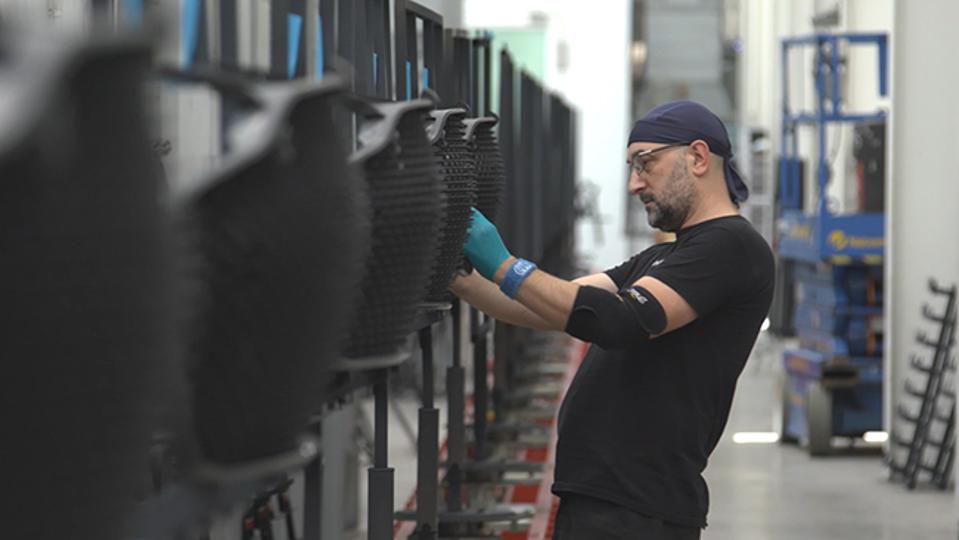 Using Oracle’s Autonomous Transaction Processing Database, MESTEC cut its labor and infrastructure costs for database services in half compared to its on-premises environment.

MESTEC does this by quietly collecting data from points along the manufacturing process and tying it in with ERP and even HR data to build a clear picture of what’s happening moment to moment on the shop floor. A factory will use the information to make smarter staffing decisions and pinpoint where flaws or delays are introduced.

“There’s a relentless drive to improve labor productivity,” Carleton says. That’s because, even as analysts tout robotic Industry 4.0 practices for repeatable products like autos and potato chips, most manufacturers need to change up their daily output depending on the orders that come in, and they rely on skilled people.

“Are they going to stamp out a few pieces of aluminum or build a part that takes two man-weeks to complete?” he says.

MESTEC’s customers make everything from pastry pies to electronic sensors and exacting marine parts, and range in size from small businesses to the likes of Siemens. All of them want to find the slack in their operations, increase output, and make commitments they can tell their customers with a straight face.

All that, and deal with a heap of regulation.

“To be productive and compliant you need to be able to model your manufacturing processes—you have to define them, and you need to be able to enforce them to ensure compliance each and every time you perform a manufacturing job,” says Carleton, who’s early career saw had him traipsing the globe installing control systems at packaging companies to monitor and drive quality improvements. This oversight includes every phase of production from knowing where raw materials came from, to making the right quality checks, to tracking material waste and energy use.

That’s a lot of data points being collected around the clock and analyzed in real-time for each MESTEC customer. And its customer list has more than doubled in the last two years. So Carleton’s small IT team moved all MESTEC’s data-intensive operations to Oracle Autonomous Database in May 2019. The autonomous database runs on Oracle Cloud and deploys, manages, patches, tunes, and secures itself with no human intervention while the system continues to run. Plus it’s built using Exadata hardware designed to run the database at peak performance. (An Always Free version of Oracle’s Autonomous Database is now available for anyone to sign in and try.)

Using Oracle’s Autonomous Transaction Processing Database, MESTEC cut its labor and infrastructure costs for database services in half compared to its on-premises environment, and found that database workloads run up to 600% faster with half as many CPUs, says Carleton. “The autonomous transaction processing database did exactly what we needed in terms of providing platform as a service” that just works, he says. “When we moved that to the new environment with the database components in Oracle Cloud and application components in Microsoft Azure, across the board we saw performance improvements.”

It’s the same kind of load-and-go, ease-of-use experience that MESTEC is all about. “Our cloud service has absolutely no upfront costs,” Carleton says. Once a factory signs on to MESTEC’s cloud service, the information begins to flow, and analysis of that lets improvements begin, with labor, material, machine capacity, change-over times, logistics, and more—all continuously evaluated as production requirements change. “Fifty percent improvement in labor productivity, a halving of customer complaints, 20% reduction in [work in progress]—these things are real,” Carleton says. “These things are achievable.”

But first you need the data. Many operations still run on scribbled notes and drawings passed along a busy shop floor. Big process improvements, Carleton says, are “pretty hard if all you’ve got is pen and paper.”