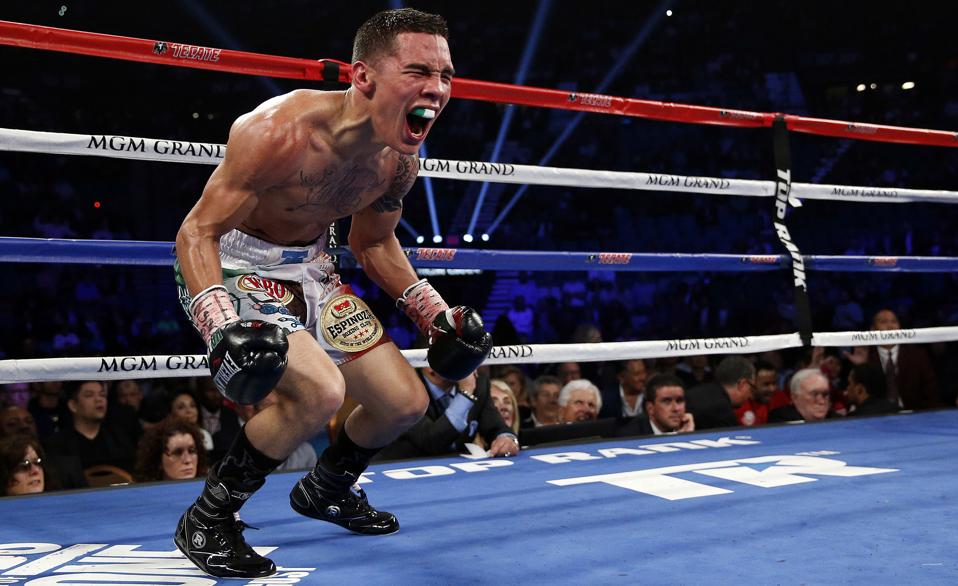 While he emerged victorious, Valdez had major issues with Lopez. Valdez was dropped in the second round, and was trailing on one of the three judges’ cards when he scored the TKO victory. Also, by most accounts, the stoppage from referee Russell Mora was premature.

Here’s how the boxing community reacted to the finish:

This was Valdez’s first fight at super featherweight after holding the WBO Featherweight title for three years. He was originally supposed to face Andres Gutierrez, but the latter missed weight by an egregious 11 pounds and was dismissed from the event.

Lopez was supposed to fight earlier on the card, but he stepped in and made an excellent account of himself fighting a weight class above the one he was scheduled to compete in on Saturday.

He dropped Valdez in the second round with this left hooker-cut:

The stoppage was indeed premature.

Lopez was hurt from the punch, but he hadn’t taken a lot of punishment leading up to that point. To compound the situation, there was only seven seconds remaining in the round. The fight was competitive and Mora should have given Lopez more of an opportunity to continue.

The argument rooted in prioritizing fighter safety in light of the recent deaths in the sport is understandable, but doesn’t really fit here. Those injuries, like most serious ones in boxing, occurred after grueling fights that saw fighters absorb considerable damage. That wasn’t the case in this fight. In fact, you could easily make the argument Lopez was winning the fight.

Throughout the bout, Lopez’s poised counterpunching seemed to expose an overanxious and undisciplined Valdez. Perhaps Valdez was showing the effects of facing a different opponent than the one he’d trained to fight, but that excuse could be dismissed because the defensive flaws have long been a part of the 28-year-old’s fighter profile.

With a matchup with the hard-punching and rugged Berchelt on the horizon, there are legitimate doubts about Valdez’s chances of winning a title in his second weight class. If Valdez is floored by a late replacement competing a division above his most natural weight class, what happens when he clashes with a big puncher like Berchelt?

I expect to learn the answer to that question some time in the first half of 2020.

How To Drive Faster Energy Innovation With More Women