Home Technology Our Only Known ‘Asteroid Shower’ Peaks This Weekend Under A Near-Full Moon. Here’s How To Watch
Technology

Our Only Known ‘Asteroid Shower’ Peaks This Weekend Under A Near-Full Moon. Here’s How To Watch 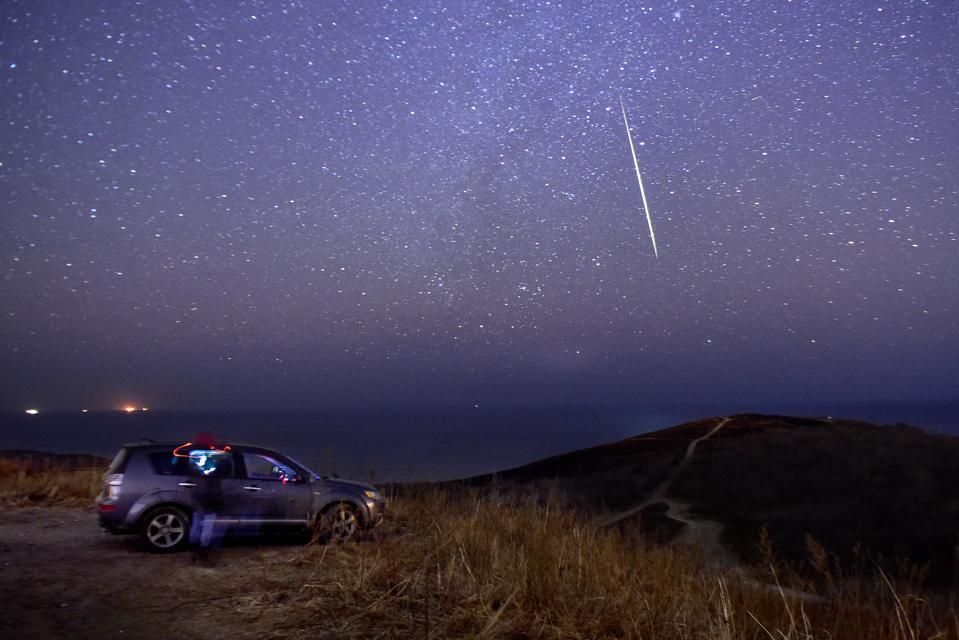 A view of the sky over Russky Island off Vladivostok lit up by the Geminid meteor shower. Yuri … [+] Smityuk/TASS (Photo by Yuri Smityuk\TASS via Getty Images)

This year’s Geminid meteor shower—easily the year’s finest—will probably pass unnoticed in the northern hemisphere. It’s too cold. No-one goes out stargazing, and fewer still want to spend a significant amount of time outside, least of all lying down on a blanket.

Perhaps that’s just as well in 2019 because this week’s full moon is in the sky shortly after dark, and shining all night thereafter. The chances of seeing shooting stars from the Geminids is therefore less than normal, though it still should be possible to see some of the 150 per hour some are predicting.

The key nights to go outside for a peek are Friday and Saturday long after sunset. As close to midnight as you can manage, in fact. With your back to the bright moon you might catch a relatively slow-moving red, green or even blue-tinged shooting star. They can appear anywhere in the sky, but they’ll seem to come from behind you, specifically from the winter constellation of Gemini.

It’s the frequency, but also the orange, yellow, blue, green and red colors of the Geminids that make this meteor shower interesting because it’s not a meteor shower at all. It’s an “asteroid shower.”

While most meteor showers are caused by comets shedding great streams of dust and debris in Earth’s orbital path (with those particles striking Earth’s atmosphere to cause shooting stars), the Geminids likely come from a small solar system body called 3200 Phaethon. 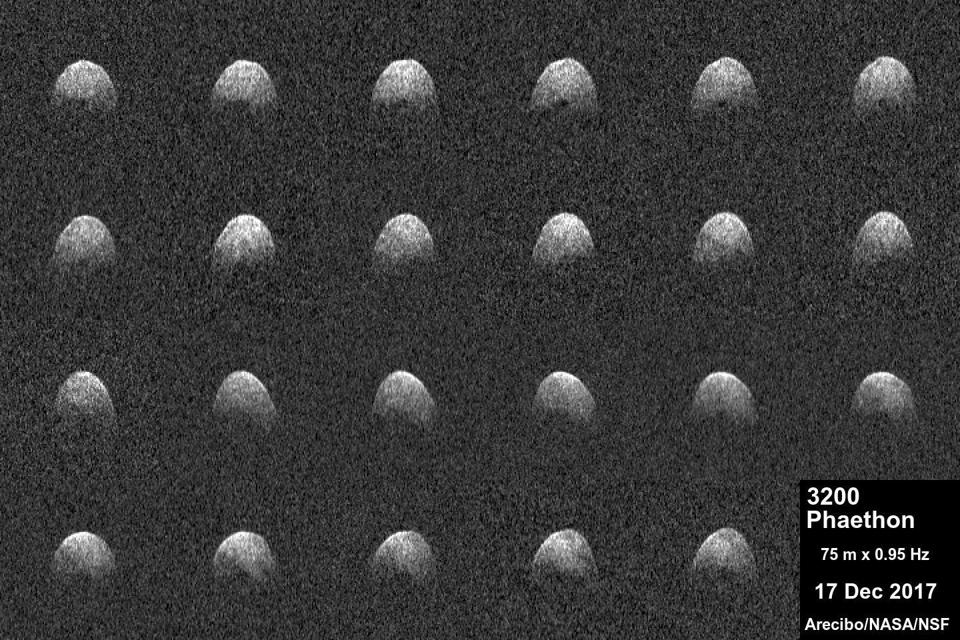 These radar images of near-Earth asteroid 3200 Phaethon were generated by astronomers at the … [+] National Science Foundation’s Arecibo Observatory on Dec. 17, 2017.

Discovered in 1983, it’s named after Phaeton, the son of Helios (Greek god of the Sun), and for good reason.

It’s a near-Earth asteroid, and a strange one at that. It’s 3.6 miles wide, it orbits the sun every 1.4 years, and gets to within just six million miles of Earth. It got super-close in December 2018 when it was tracked using radar (above). The encounter was the closest the object will come to Earth until 2093.

There are other reasons why Phaethon interests astronomers:

The DESTINY+ mission is scheduled to investigate Phaethon.

Cue DESTINY+, a space mission from the National Astronomical Observatory of Japan (NAOJ) scheduled to launch in 2022. During a flyby of Phaethon at a distance of 500 km or less it will take photos to help astronomers better characterize its surface geology.

The Geminids rarely get the attention they deserve in the northern hemisphere. So wrap up, get outside, and look up. You just might see specks of Phaethon 3200 shooting across the sky.

Booker T. Jones On Looking Back With New Memoir Time Is Tight And Studio Album Note By Note