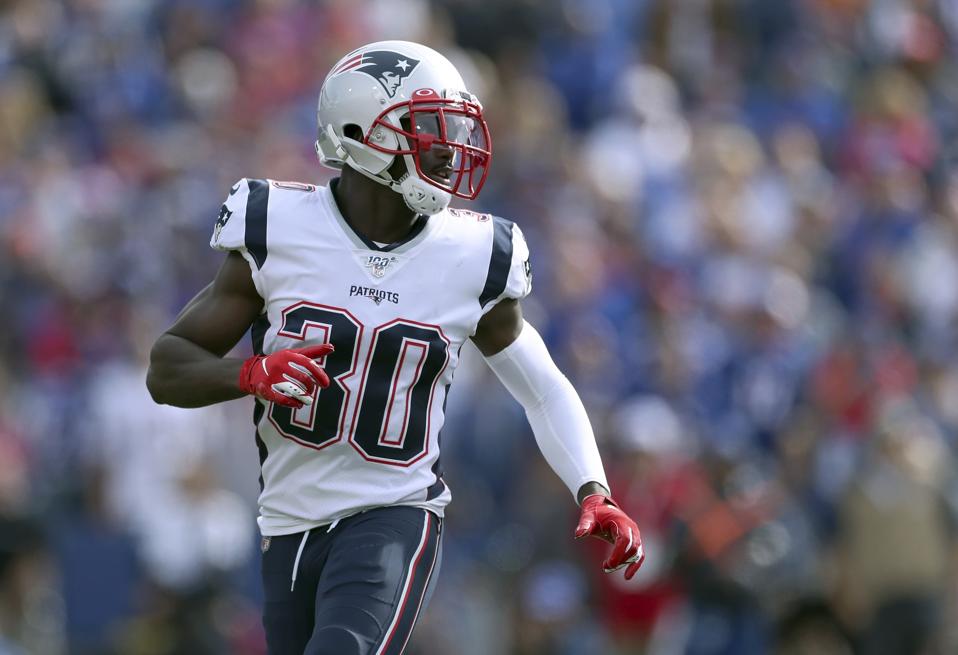 The New England Patriots have ground to cover in the coming weeks.

In Jason McCourty, that ground includes a cornerback who’s covered more than 150 NFL games worth.

Jason could continue to accompany safety and captain Devin McCourty. But the Patriots could free $4 million in cap space by passing on the corner’s team option.

New England acquired Jason McCourty from the Cleveland Browns in a pick swap of No. 205 and No. 219 overall two springs ago. The veteran was slated to be released from a Cleveland roster that’d gone 0-16. His release, in fact, was announced.

Plans changed as calls were made.

McCourty landed in Foxborough, worked late into the preseason and restructured his pact before making his Week 1 debut. He’d then go on to start a dozen games during the Patriots’ 2018 regular season, picking off one pass and chasing down a would-be touchdown for Los Angeles Rams receiver Brandin Cooks in Super Bowl LIII.

“Jason McCourty, that was a tremendous play,” Patriots head coach Bill Belichick said following last February’s 13-3 victory at Mercedes-Benz Stadium. “It was Cooks standing there fair-catching the ball in the end zone. McCourty came out of nowhere to make the play. It was a tremendous play.” 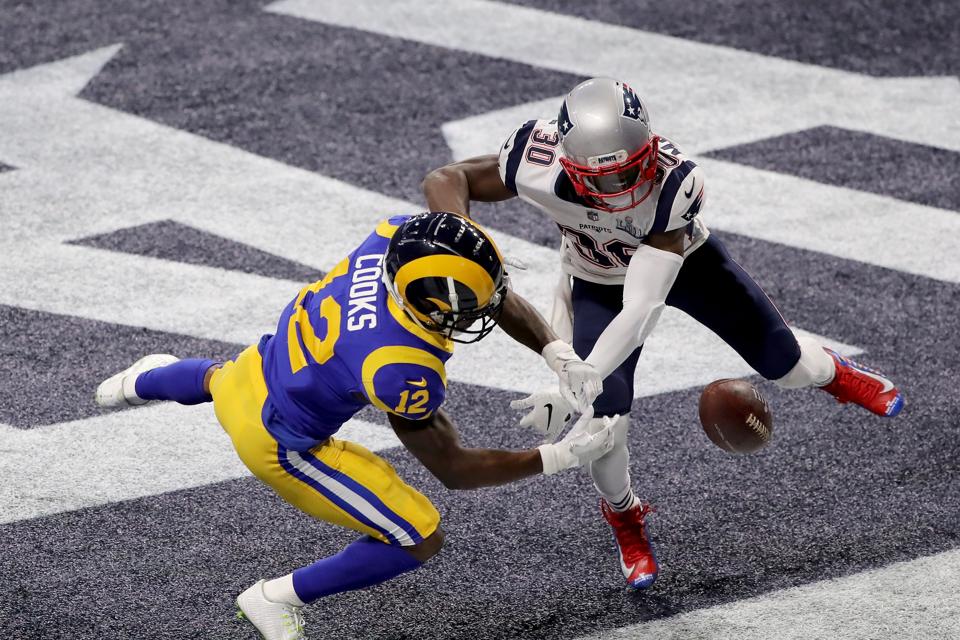 More plays followed. And in the hours before free agency did in 2019, the Patriots retained McCourty on a two-year, $10 million contract. Within it was a $3.5 million signing bonus and a cap number of $4.25 million.

It remains a value.

A groin injury kept McCourty inactive for five of New England’s final seven games of 2019, including the AFC wild card against the Tennessee Titans organization that drafted him in the sixth round.

The Rutgers product saw eight snaps on defense over that stretch.

McCourty concluded the campaign with surgery after having logged 40 tackles, six passes defensed and one interception through 10 starts. And he concluded it having allowed a passer rating of 63.3, per Pro Football Focus, which qualified for ninth in the NFL at the position.

But McCourty understands the transparency that March can bring.

“When I got to New England, the fact that they don’t hide it, this thing is strictly business,” McCourty said on Westwood One’s RapSheet and Friends during the week of Super Bowl LIV. “Bill tells us all the time, ‘Every decision I make is going to be in the best interest of the New England Patriots.’ And for me, I’m sitting there like, ‘That’s what gets you to winning a Super Bowl last year.’ So, for me, to be able to be a part of that and see what comes of it was great. As players, you’re always making the best decision for you and your family.”

McCourty, who will turn 33 during his 12th NFL training camp, stands as New England’s oldest cornerback. He is joined on the depth chart by the aforementioned Jones and Gilmore, as well as J.C. Jackson, Joejuan Williams, Justin Bethel, D’Angelo Ross and recent addition Lenzy Pipkins.

It is a depth chart with options. McCourty’s takes weighing.

6 Ways To Handle A Customer You Regret...