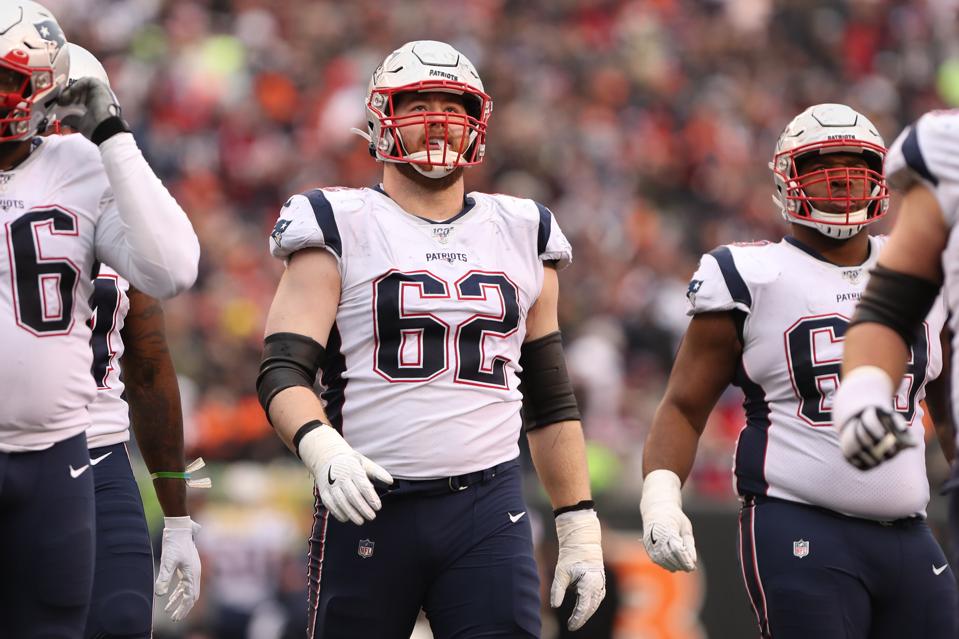 Joe Thuney, who has played 99% of the New England Patriots’ offensive snaps since 2016, stands as an … [+] Associated Press second-team All-Pro. (Photo by Ian Johnson/Icon Sportswire via Getty Images)

Quenton Nelson of the Indianapolis Colts garnered 44 of the AP votes at the position. Thuney and the Cleveland Browns’ Joel Bitonio each garnered three votes behind him.

And for Thuney, who has played 99.5% of New England’s offensive snaps since arriving, the selection comes in a contract year. The North Carolina State product has played in three Super Bowls and never been a Pro Bowler. He has started every game. But to start 2020, Thuney, 27, is in the company of first-team All-Pro Patriots teammates Stephon Gilmore and Matthew Slater.

The new name alongside them earned the part.

“Very valuable,” Patriots head coach Bill Belichick said of Thuney’s multipurpose work during a September conference call. “Somebody has to have versatility on that group. If you take seven linemen to the game, you can’t have a backup for every position, so somebody has to move. Either one of your starters has to move or your two backups have to cover all five spots in some combination of that. We need somebody that can do that, and Joe’s our most versatile lineman on the team.”

Yet at left guard, Thuney led New England’s offense outright over the past two regular seasons in snaps, finished two behind right guard Shaq Mason as an NFL sophomore and tied with center David Andrews for the most as a freshman.

All totaled, 4,506 plays for a former USA Today All-American who saw himself as a better pro fit at guard.

“Just on the interior, I feel more comfortable,” the 6-foot-5, 308-pound Thuney said during his post-draft introduction four years ago. “I don’t have the typical length of a typical NFL tackle, but I feel like I move and pull and have the leverage on the interior.”

Thuney collected an additional $473,275 last spring. Between the league’s performance-based pay and veteran pool, only six NFL players received a higher combined distribution. And as Thuney entered the final year of his rookie pact, the 2016 third-round draft choice qualified for the proven-performance escalator.

It proved commensurate. Not only in terms of volume, or in terms of insurance on the inside and out. 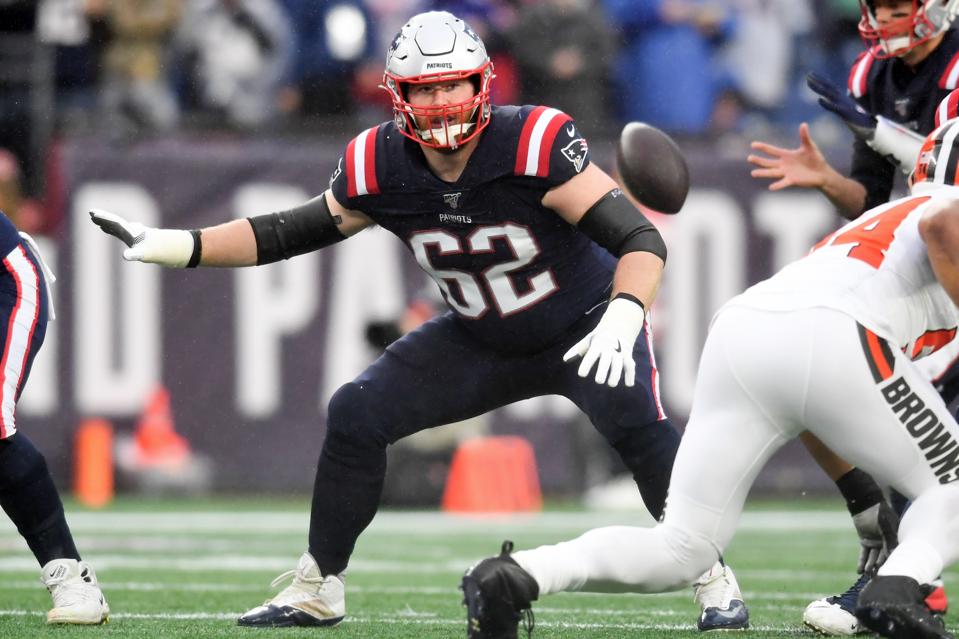 Thuney, selected No. 78 overall in the 2016 NFL draft, is scheduled to become an unrestricted free … [+] agent in March. (Photo by: 2019 Nick Cammett/Diamond Images via Getty Images)

“When we saw him at North Carolina State, as a tackle, we thought that this is a really good football player,” Patriots offensive line coach Dante Scarnecchia told reporters of Thuney leading up to Week 17. “He’s a very bright guy, unbelievably smart guy, and loves the game. I don’t think anyone was surprised that he started from his very first game. He’s been a starter every game since he’s been here. I mean, the guy is a good player. He really is. I don’t know where he ranks with anyone, but I’m glad we got him and I really enjoy coaching him.”

Through 16 starts this campaign, and through attrition on his left side and right, Thuney has yet to be flagged for a penalty. Pro Football Focus instead has credited the eventual All-Pro with allowing a career-low 16 quarterback pressures.

Thuney, once drafted with a pick acquired in exchange for decorated outside linebacker Chandler Jones, is scheduled to become an unrestricted free agent at 4 p.m. ET on March 18.

The Patriots stand 27th around the NFL in terms of 2019 spending along the offensive line, according to OverTheCap.com, ahead of the Minnesota Vikings, Arizona Cardinals, Los Angeles Rams, Miami Dolphins and New York Jets. But New England signed the aforementioned Mason to a five-year, $45 million extension in 2018, and previously signed the aforementioned Andrews to three-year, $9 million extension in 2017.

There are moving parts in the field of play. Thuney has seldom left it.

Why You’ll Be Thankful And Leave A Tip...

London’s Most Expensive Ever Home Set To Sell...